The Netherlands get their Euro 2020 campaign underway against Ukraine in Group C and there is plenty of pressure on the Dutch to secure a win. Ukraine have proven themselves to be a difficult side to beat in recent international matches and a draw against the Netherlands on Sunday would surely be considered a good result.

Read on for our full match preview and prediction for Netherlands vs Ukraine in the European Championship.

These two countries have only met twice before but so far the Netherlands lead the head-to-head record with one win and one draw against Ukraine. The Netherlands have won four of their last six international matches, claiming a 3-0 victory in their final warm-up friendly against Georgia. Ukraine are in the midst of an unbeaten run but have only played one tough fixture during that period, away at France, and remain the underdogs for Sunday's clash.

Both teams scored when these two nations last locked horns back in 2010 and the form and performances of both countries leading into the Euros suggest that there will be goals in this game at both ends of the pitch. Both teams have scored in three of the Netherland's last six international matches and the Dutch have found the back of the net in each of those games. Ukraine have scored in all of their last six matches and both teams have scored in four of those fixtures, so you can see why we're backing BTTS on Sunday.

When the Netherlands last beat Ukraine over 2.5 goals were scored and five of the last six matches involving the Dutch have also seen at least three goals scored. Ukraine's last match against Cyprus produced over 2.5 goals and the Eastern Europeans are in good form in front of goal.

The Netherlands cruised to a 3-0 win over Georgia in their final friendly ahead of the European Championship and while the Dutch aren't one of the big favourites to win the competition, they do arrive in decent form. Daley Blind is the most experienced defender in the squad with 78-caps to his name but de Ligt and de Vrij are both quality centre-backs that will prove tricky to penetrate. Wijnaldum is the key man in midfield and he will be assisted by the likes of Klaassen, de Roon, de Jong and the highly-rated Gravenberch. Up top, Depay will be one of the main sources of goals and could prove to be one of the stars of the tournament if he plays to his best.

Ukraine's No.1 goalkeeper, Pyatov, will hit his century of caps if he plays all three group games but at the age of 36, this is likely to be his last major tournament. The Ukraine defence is dominated by domestic-based players including Karavayev and Matviyenko. Yarmolenko is the main goalscoring threat in the side, despite operating from midfield, netting 40-goals in 94-caps. Malinovskyi and Zinchenko are the ones to watch out for as they often chip in with goals. Yaremchuk is expected to lead the line up front and the big name to miss out on the Euros due to injury is Konoplyanka. 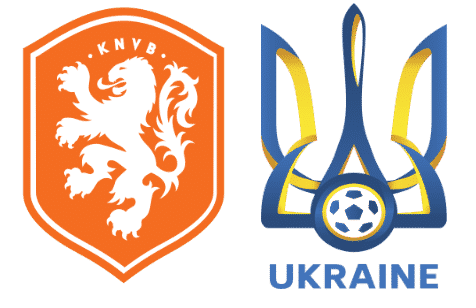