In this 2022 FIFA World Cup qualifier, the fate of Group G will come under question. Louis van Gaal's Netherlands can claim top billing with a win over Turkey, but can ill-afford to slip as it will give Norway the chance to leapfrog them.

Turkey kickstarted their 2022 World Cup qualifying campaign with an impressive victory over the Netherlands in Istanbul. While Seno Gunes will want a repeat of that result, it looks unlikely to occur. Both squads are settled now and we see them cancelling out each other at the Johan Cruijff Arena.

The last time the Netherlands faced off with Turkey, it was a six-goal bonanza in Istanbul. The Turks have not skipped a beat since and have seen four of their last five matches conclude with an Over 2.5 goals scoreline. With both sides scoring seven goals between them in their most recent outing, goals should be plenty in the highlight reel.

Our rationale for inkling towards a stalemate between the Netherlands and Turkey stems from the scoring potential of both sides. With 16 and 15 goals against their names in the qualification run, they have yet to be silenced by their rivals. As the stakes get higher, their attacking forays will come in check but it should not stop them from exploiting their rivals.

The Netherlands vs Turkey: Check out the best odds and the latest stats

Match Preview of the Netherlands vs Turkey

Turkey's dominance of Group G under threat from the Netherlands

The betrayal of Ronald Koeman in favour of Barcelona is behind the Netherlands. Loius van Gaal seems to have steadied the rocking boat and results are flowing in their favour. The Dutch overcame the disappointment of a 1-1 draw against Norway with an impressive 4-0 thrashing of Montenegro. More of the same will be expected from them as Turkey come to visit them.

Virgil van Dijk and co. struggled to keep Erling Haaland at bay and Van Gaal will want an improved performance from his charges against the Crescent-Stars. The Turks have won the last two meetings with the Dutch and will fancy their chances at the Johan Cruyff Arena. With Hakan Calhanoglu pulling the strings and young Halil Dervisoglu continuing to impress, they can extend their winning run on the road.

Questions About the Netherlands vs Turkey 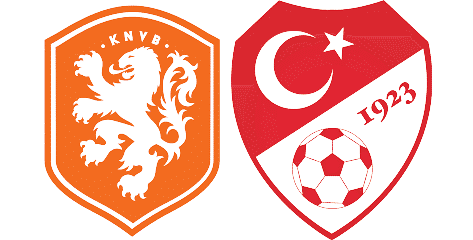 Where is the game being played? Johan Cruijff Arena.

Which team is the favourite to win? The Netherlands.