The Netherlands are in a four-horse race for the qualifying spots in Group G where they currently sit a point behind Turkey and level with Montenegro and Norway. The visitors have only lost one of their four qualifiers so far but are the rank outsiders to beat the Dutch on Saturday.

These two nations may never have locked horns before but based on their performances in qualifying so far, we expect both teams to score this weekend. The Netherlands have scored in all bar one of their last six international matches and are at their very best when going forward with the ball. Both teams have scored in four of Montenegro's last six outings, including their 2-2 draw with the group leaders Turkey in midweek.

While we are expecting goals in this game, we don't believe that there will be more than three scored on the night. Under 3.5 goals have been scored in five of the Netherlands ‘ last six international matches, while three of Montengro's last six outings have also featured under 3.5 goals.

Depay has 2-goals in qualifying so far and is due another one after failing to find the back of the net against Norway on Wednesday night. The Barcelona star has scored two goals in three games for his new club side and has netted 28 goals in 69 caps for his country to date, so you can see why we're backing the Dutch star to score this weekend.

Potentially tricky 90-minutes on the cards for the Netherlands

Stekelenburg has retired from international duty and Cillessen hasn't been selected in this squad, so Bijlow is likely to start in goal against Montenegro. Strootman and Luuk de Jong are also two familir names that missed out on selection for the World Cup qualifiers but still boast Wijnaldum's experience and talent in midfield, as well as Depay's goals up-front. The talented Malen will be hoping to add to his caps and goals this weekend, likewise for Wout Weghorst who is more of a traditional target man.

Montenegro are without their captain and talisman Jovetic this weekend, so there is more pressure on Beciraj and Mugosa to get the goals for the visitors. Montenegro don't possess many goals in midfield but they are defensively solid in that department and possess enough creativity to cause the Netherland's defence plenty of problems. Savic is the most experienced of the defenders at this level with 58-caps and will be tasked with keeping the backline focussed during what is expected to be a tough game. 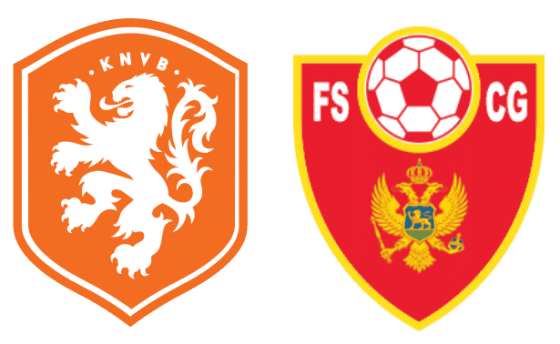