Celtic are days away from a potential treble treble. This weekend they face Heart of Midlothian in the Scottish Cup final and, should they seal that trophy, they will have achieved complete domestic dominance for the third season in a row.

But would this be enough to secure Neil Lennon’s future with the club?

Since returning on an interim basis after Brendan Rodgers’ departure for Premier League side Leicester City mid-season, Lennon has garnered mixed reviews from fans and pundits alike.

Some have criticised the style of play seen under his auspices, and have questioned his ability to maximise the quality of player at his disposal.

However, at the same time, he has helped to secure yet another Scottish Premiership title, could win the cup, and has generally enjoyed positive results in difficult circumstances. He may not have the same ‘philosophy’ as Rodgers, but he does deserve the job on a permanent basis. Here’s why.

When Lennon returned to Parkhead in February, there were 11 league fixtures left in the season. At that stage, Celtic were eight points clear of Rangers – a nice lead, but with 33 points remaining on the table a far from an insurmountable one.

Contrary to the opinions of some, the title race was far from over at that point. The challenge, therefore, was to get the team over the line in the league whilst also succeeding in the cup.

Lennon’s first match back in charge came away to Hearts. A late goal from Odsonne Édouard sealed the win there and maintained the eight-point gap. After that, the fixture list only got tougher, with the top-six split coming into effect.

The average final league position of opponents faced by Celtic under Lennon this season was 5.8 compared to 6.9 under Rodgers. Yet, while the games got tougher, the lead got wider – come the end of the campaign they were a point further clear of Rangers atop the table.

While the team’s points per game slipped from 2.3 to 2.2 under Lennon’s watch, the results were generally good. Ultimately, his league record was seven wins (including Rangers, Kilmarnock, Aberdeen and two over Hearts), three draws and one defeat. Along the way, an impressive seven clean sheets were kept.

Not only was the title pocketed, but progress was made in the cup: a 2-0 away win over Hibernian was followed up by a 3-0 thrashing of Aberdeen at Hampden as a final place was booked in style.

Lennon deserves more praise for his work in ensuring another league title. And, if the cup is won on Saturday, all credit for that success must go to him.

The primary concern for some is that, if appointed, Lennon will not build on the tactical foundations laid down by Rodgers. However, as the results have shown, the interim manager’s approach does work far more often than not.

While the quality of attacking hasn’t been quite as high since he took charge, there have been some impressive strategic decisions made in recent months. 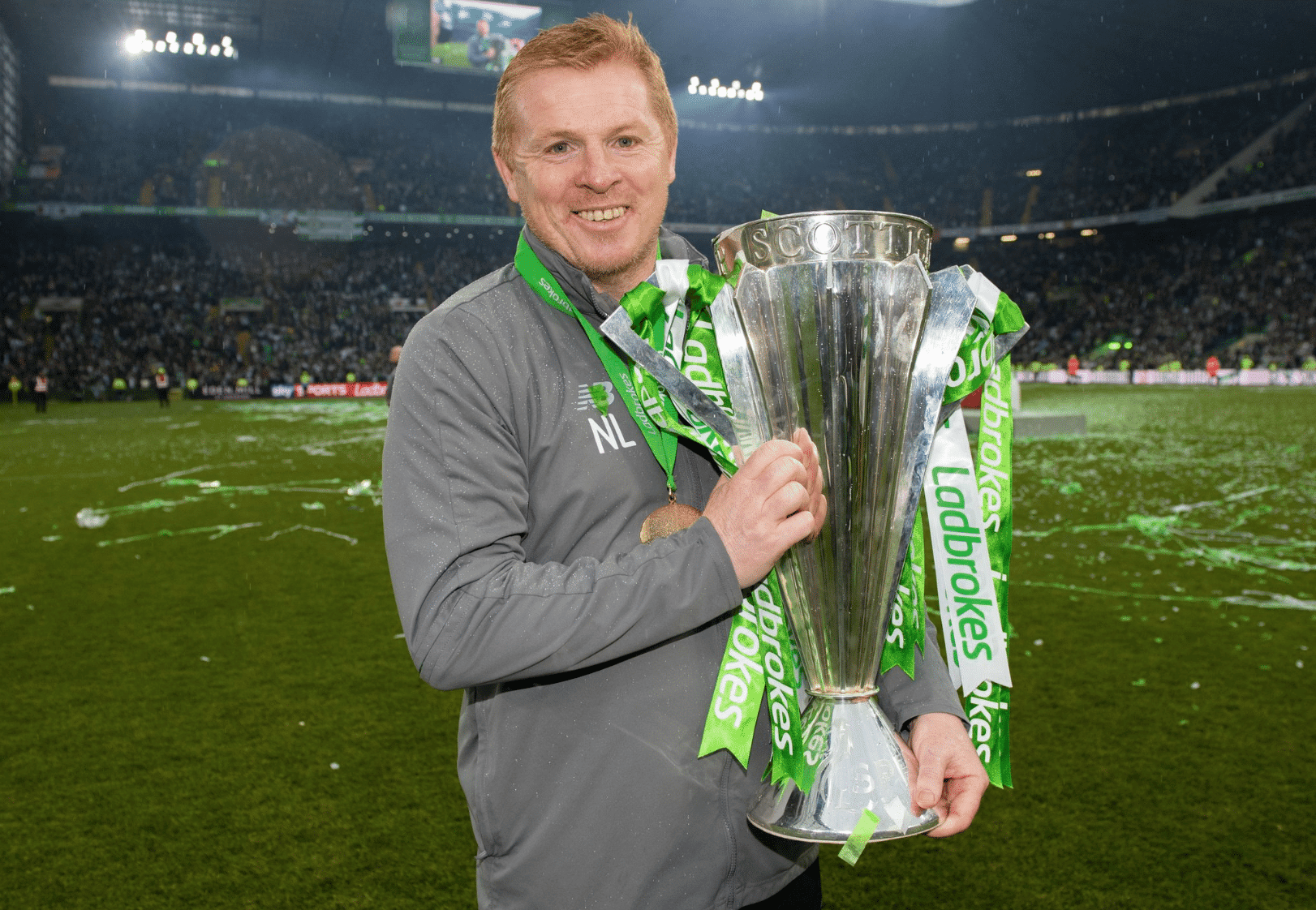 Unlike his predecessor, Lennon has been unafraid to veer away from the usual style of play to implement a game plan that specifically relates to the opposition and their unique strengths and weaknesses.

At home to Rangers, he recognised the threat posed by the opposition’s high press. Celtic had lost the previous derby comfortably at Ibrox in December having failed to deal with this specific tactical aspect, but a repeat was avoided by a more direct possession game.

The focus at Parkhead was to play over the top of Rangers more often, hitting long balls in the channels between their full-backs and centre-backs. Not only did this ensure high-risk turnovers were avoided, but it turned the opposition back line on occasion and got Édouard into some good situations against their centre-backs.

Another game that saw a slight strategic change was the home win over Kilmarnock. Celtic made some individual errors in that match, but they controlled the contest overall and looked to exploit every possible instance of disorganisation in one of the league’s most well-oiled defences by counter-attacking quickly in transition.

Under Lennon, there has been more direct attacking play, more crosses and more counter-attacks. The football hasn’t always been as fluent, but his tactical choices have often paid dividends.

It’s unrealistic to suggest that Celtic’s slight decline in attacking cohesion is purely the result of a change in manager. The work Rodgers did over two-and-a-half years is unlikely to have been overhauled by Lennon in a matter of weeks. Instead, situational factors have played a part. 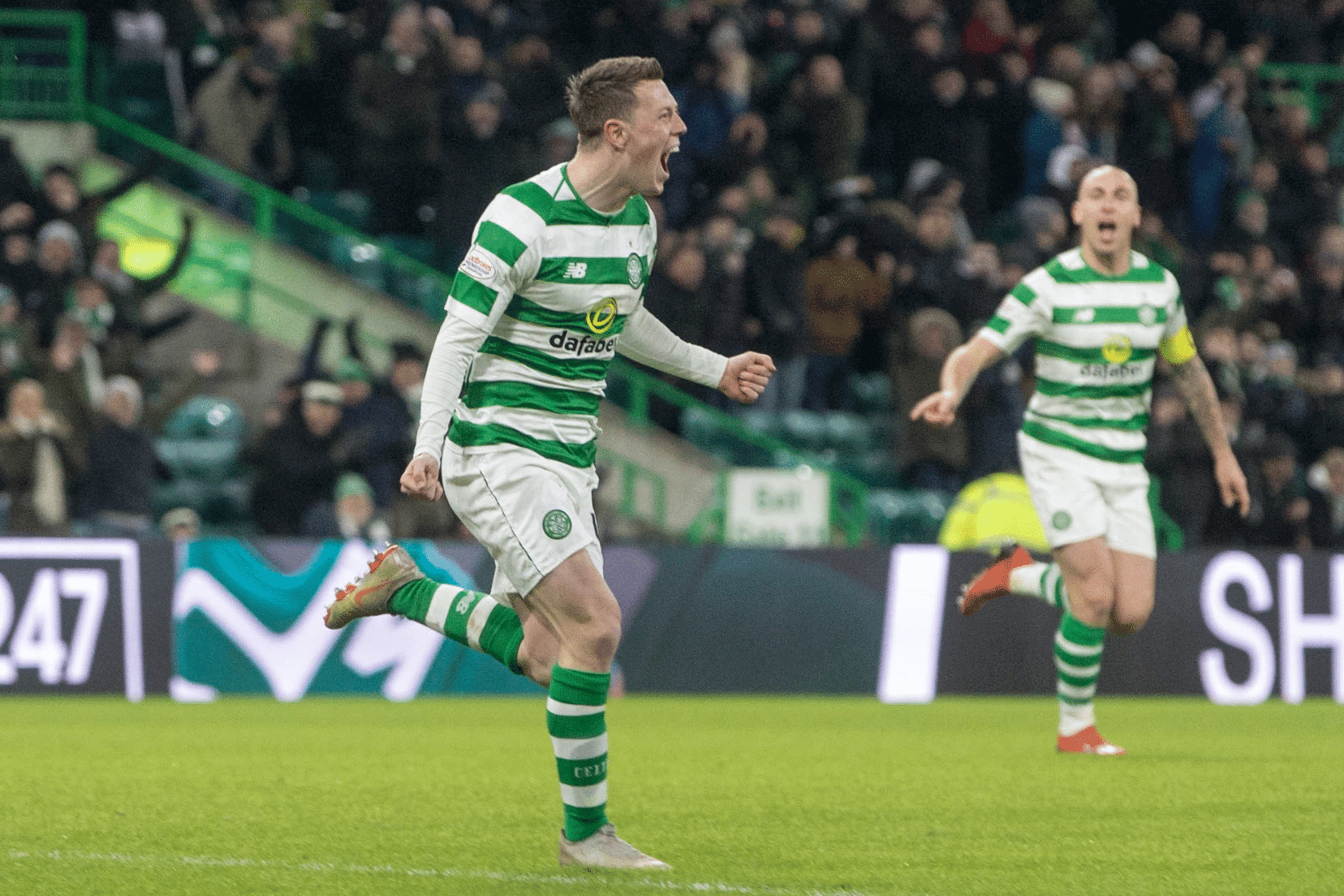 One issue that affected the team’s possession game was the loss to injury of their four most creative midfielders: Callum McGregor, Ryan Christie, Tom Rogic and Olivier Ntcham.

For Lennon’s first game back in charge, away to Hearts, he was without all four of the above. In the circumstance, he fielded a midfield three featuring Nir Bitton, who had been injured for the best part of a year, and Ewan Henderson, a 19-year-old who had previously played just two competitive games.

McGregor, Christie and Rogic is, for some, Celtic’s best midfield trident. Yet, since the managerial change, the trio have started simultaneously just once in 13 matches. Only on five occasions have two of the three began a match together.

Considering this injury crisis, it should come as no surprise that the team struggled to build through the middle as effectively as before and ended up crossing in from wide more often.

It’s also worth noting that Lennon has had to deal with the psychological blow of a team losing a top coach. Rodgers didn’t just alter the way Celtic played and win every domestic trophy available but improved the fortunes of players including McGregor, Christie, James Forrest and Kristoffer Ajer.

Dealing with the exact opposite of a ‘new-manager bounce’ cannot have been easy, but one defeat in 13 so far suggests otherwise.

Lennon put his reputation on the line returning to Celtic for a second spell, but he has reaped the rewards of the risk taken. He has handled the pressure well and modified tactics when necessary to steer the club to another league title and a cup final.

Winning that final this weekend would be the icing on the cake: he has already earned the job.