This UEFA Champions League fixture still hangs in balance. Olympiakos could only claim a 1-0 victory over Neftci in the first leg and make the tough trip to Baku for the concluding tie.

Out of the two candidates, Olympiakos are the more established with a proven pedigree in qualifying. However, the Azerbaijani outfit cannot be played down, especially after the tremendous strides they have taken in defence. They only conceded a singly goal in the away leg and can complete the job with a win at home. They effectively dealt with Dinamo Tiblisi across both legs and should triumph after achieving their goal on the road. Injuries and coronavirus outbreak in the squad has also hampered the Greek outfit's chances in this fixture.

Barring their 1-0 defeat in Greece, Neftci saw both sides make an impression on the scoreboard in the preceding qualifying fixtures. They cannot allow the same to happen in this outing as an away goal can be the difference between themselves and Olympiakos. Given the fact that they have only conceded three goals in their last six outings adds credence to their credentials. The visitors can also enforce such an eventuality and have seen three clean sheets in their favour across as many games.

If the first leg is any guide, the return leg at the Bakcell Arena will not provide much goalmouth action. At kick-off, it will be a one-goal fixture and the team that delivers the first punch will dictate the proceedings. Both sides have not shown any tendency for heroics in front of the goal and this fixture should not be any different given the stakes involved.

Neftci vs Olympiakos: Check out the best odds and the latest stats

Match Preview of Neftci vs Olympiakos

The Azerbaijan Premier League champions are close to realizing their biggest objective. They held Olympiakos to a 1-0 result and can take home the honours at the Bakcell Arena. It is easier said than done as the Greek outfit tend to grind out results and Neftci's own defence can be suspect. Samir Abbasov has a tough task on his hands and it remains to be seen whether Mirabdulla Abbasov and co. can weather the storm.

Pedro Martins's Olympiakos are as diverse in make as they come in the UEFA Champions League. They still have preseason jitters showing in their performances but that should not be a cause of alarm at this stage. However, Martins will be concerned for his side as six first-team players are out due to injuries and coronavirus concerns. This gives their rivals Neftci a considerable leg up in their qualifying meet.

Questions About Neftci vs Olympiakos 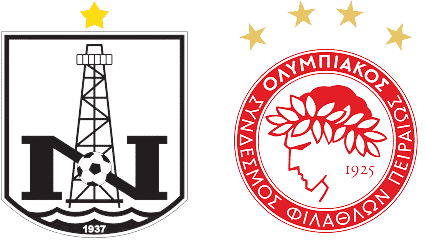 Where is the game being played? Bakcell Arena.

Which team is the favourite to win? Olympiakos.