National Bank of Egypt vs Zamalek: Our top betting tips

Zamalek remain top of the league right now. Will they maintain the same margin of lead with a win here? Find out with our National Bank of Egypt vs Zamalek match preview with free tips, predictions and odds mentioned along the way.

It will end all square

Zamalek have been unstoppable away from home this season; they've won eight of 10 road games so far, with a draw and a loss. However, it's worth mentioning that National Bank of Egypt have not lost many games lately; in fact, they are unbeaten in their last 12 games. To be fair, National Bank have drawn more games than they've won recently; as five of their last six games ended in stalemates. It's noteworthy, however, that the last two encounters between National Bank and Zamalek ended in 1:1 draws. Additionally, Zamalek's last two games were level at the end of regulation time; that's why we're predicting a draw here.

Can Zamalek keep up the pace at the top?

Zamalek might be top of the league as things stand but they've got Pyramids breathing down their neck. Whilst National Bank are likely to pose a challenge here, Pyramids have a ‘gimme' elsewhere. With that considered, this game could be huge in terms of the title race.

Zamalek have been the best team in Egypt so far this season; they are league leaders, with 14 wins in 21 league games so far. Zamalek are unbeaten in their last four games, with three wins and a draw; they'll be eyeing their fourth win in five games today.

A quickfire FAQ on National Bank of Egypt vs Zamalek 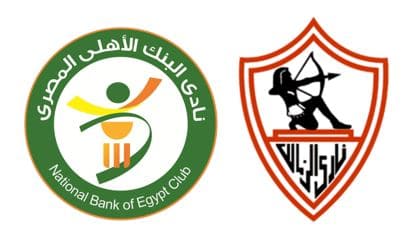