National Bank of Egypt hosts Ghazi El Mehalla on Tuesday 12th July 2022. The Egypt Premier League game will be 24th March of the season for both sides.  We provide you with the details about this game in this post, which include our best free predictions and betting tips.

National Bank of Egypt is 7th while El Mahalla is currently ranked 13th on the Egypt Premier League table. There have been three previous meetings between all these teams, all of which ended square.

We have backed National Bank of Egypt to score the first goal in this fixture. The hosts have a stronger defence than El Mahalla going by how these teams have performed in recent fixtures. For example, National Bank of Egypt two clean sheets from the last 6 games while El Mahalla has one. Moreover, the visitors conceded 7 goals in their last two matches while the hosts leaked only two goals in as many previous assignments.

Another possible outcome in this game is under 2.5 goals. All the previous games had fewer than three goals. Notably, the first duel ended 0-0 while the last two encounters had a similar outcome of 1-1. Moreover, both sides have found it hard to score lately, so betting on the game to end with fewer than three goals is a good pick.

For the best fixture odds and the current team stats as well as H2H information, check the tables below.

Three previous meetings between National Bank of Egypt and Ghazi El Mahalla ended without a winner. However, only one of those meetings didn’t have goals on both sides as the most recent two encounters ended 1-1.

Notably, both teams kept only one clean sheet from their last five matches. It means there is a defensive concern on both sides ahead of this game. Moreover, the hosts are not only ranked 7th overall ahead of the game but also 7th in home performance. On the flip-side, El Mahalla is 13th overall and 11th on away run.

National Bank of Egypt has 5W, 3D and 3L from their last 11 home games. During that time, the hosts have found the net 12 times and conceded 8 goals. On the other hand, Ghazi El Mahalla has the 12th best away, which is not very impressive. A big worry for El Mahalla is poor away defensive record. The visitors scored 8 and leaked 17 goals. From these stats, the hosts stand a chance of scoring the first goal in this game. 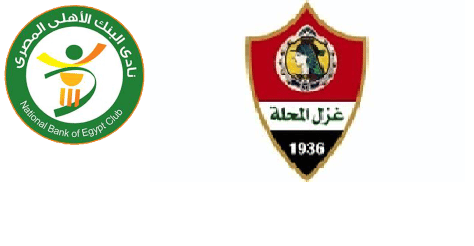 What time will National Bank of Egypt vs Ghazi El Mehalla kick off?

The Egypt Premier League game will begin at 17:30 GMT+3

When is the matchday?

Stadium National Bank of Egypt in Cairo will host this fixture.