Napoli saw their 100% start to the Serie A come to an end away at Roma but Spalletti's side remain unbeaten in the league this season and are expected to beat visiting Bologna on Thursday.

Here are our predictions for Napoli vs Bologna.

There should be goals in this game but not expecting more than three as three of the last four encounters between Napoli and Bologna have produced under 3.5 goals. Only one of Napoli's last six fixtures have witnessed over 3.5 goals, while two of Bologna's last three outings have seen fewer than four goals scored.

We're backing Napoli to bounce back from their draw last time out with a comfortable 3-0 win at home on Thursday. Napoli won their last home game 3-0 against Legia Warsaw and have kept clean sheets in their last three fixtures. Bologna have conceded three or more goals in three of their last six outings in Serie A and now they go up against the unbeaten league leaders.

Napoli look to continue their unbeaten run at home to Bologna

Napoli made the trip to the capital to face Roma on Sunday where their 100% start to the new season came to an end. Mourinho's men held the league leaders to a goalless draw and had three players booked in stoppage time in what was an unruly end to the game. Napoli might be disappointed to have lost their 100% record but they will be happy to remain unbeaten and will be confident they can return to winning ways on Thursday.

Bologna could have done Napoli a favour on Saturday by beating AC Milan, but instead, they ended up losing the game 4-2. The visitors went in 2-0 up at the break but Bologna fought back early in the second half via an own goal from Ibrahimovic and an effort from Barrow. However, two late goals from Bennacer and Ibrahimovic saw AC Milan pinch all 3pts at the death. Bologna certainly have goals in them but their defence has let them down all too often this season and we expect that to be the case on Thursday.

Bologna: the visitors could be without Michael and Bonifazi for the tricky trip to Naples.

Your Questions: Napoli vs Bologna 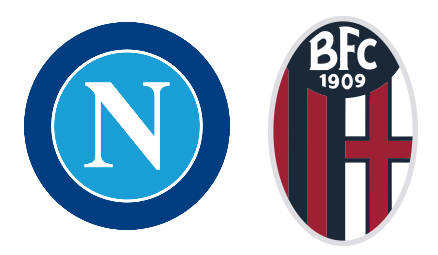