Napoli and Maradona were the perfect combination of man and team. He was the bread to their salami, or hair gel to the Arsenal squad.

How do you go about describing one of the greatest players of all time? Diego Maradona was a hero of Naples, and he never managed to replicate his stunning form after leaving the shores of southern Italy.

He had already begun to show signs of the problems that sullied the end of his career, but he still managed to help the club realise their true potential during his time there. He left a legacy that has yet to be matched, but the current squad have begun to make their own mark on the Italian game.

Napoli retired the number 10 shirt as a sign of respect for their favourite son, and that’s just one of the ways he’s remembered. It’s well known that Diego soon became one of the top boy’s names in Naples following their league wins, and he became an icon for the area and the era itself.

Maradona moved from Barcelona in the summer of 1984, after contracting hepatitis and recovering from a vicious leg break. He was still able to help the team to their first (and only) league wins, and for a while it looked as though the only thing that could break up their partnership was time itself. 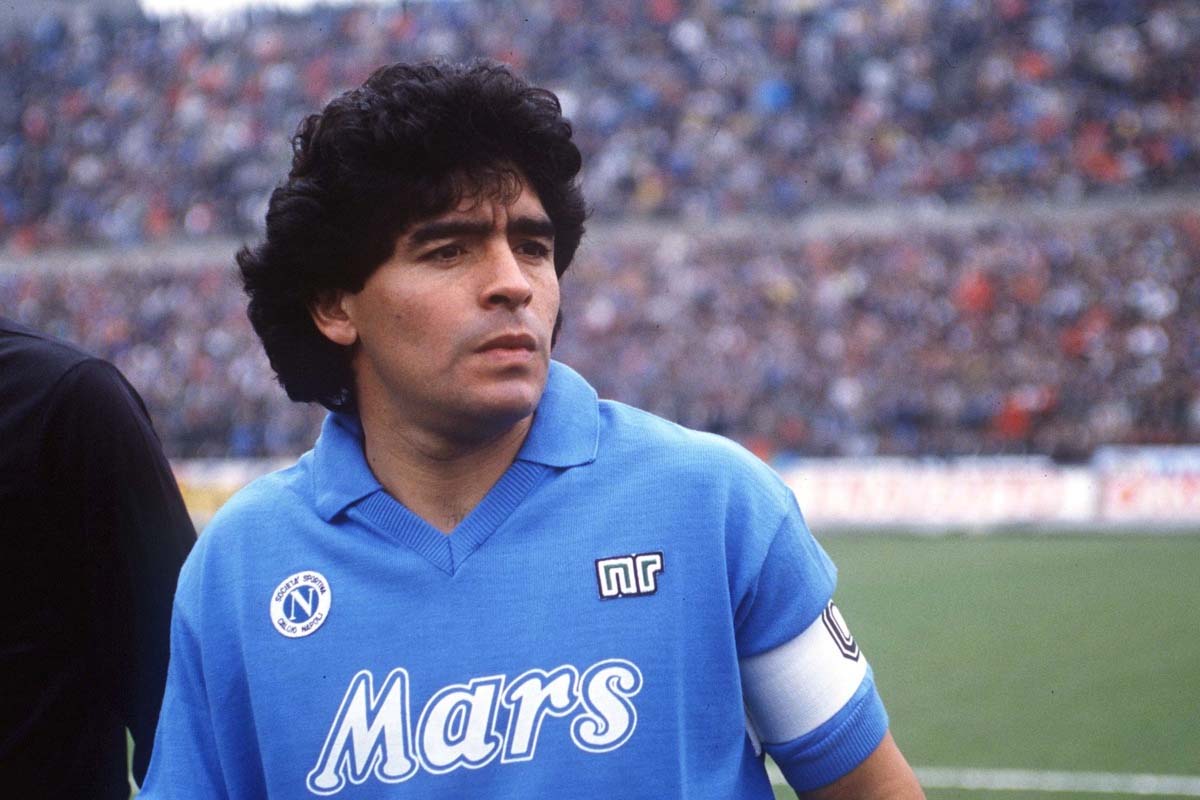 When he did depart, it left a void that they struggled to fill, and they fell further than most expected. The manner of his departure was also unbefitting considering his legendary status. He was suspended from football in 1991 after traces of cocaine were found in a sample he provided, and he refused to return to the club when the terms of his ban were completed.

It’s somewhat surprising that he’s held in such high regard given the manner of his departure, but as Jose Mourinho will attest, success can help you win the hearts and minds of your own fans. (Even if others aren’t so quick to praise your success.)

There’s also the fact that he represented the sleeping giant of Napoli awakening, and helped a club that weren’t traditionally successful to win the league. It would be like Lionel Messi helping Newcastle Aston Villa Stoke to a couple of titles in the modern era, breaking up the traditional regional powerhouses of London and Manchester.

As always, drugs play a part in the story of the Golden Boy, although there isn’t much point in re-treading old ground. It’s well documented that he was addicted to cocaine since his Barcelona days, but it’s yet another aspect of his career that people seem willing to forgive. (Well, maybe not Peter Reid, but who can blame him?)

He was more than just a player for the locals. He became an icon, and he helped to raise the quality of the entire team. He was always a player that stood taller than his stature might suggest, but how do you replace the best in the world? Sometimes you just can’t.

What of Napoli? The club suffered the ignominy of relegation in 1998, and they took another two years to get back to Serie A. They were promptly relegated once again, and they ended up declaring themselves bankrupt in 2004, after being crushed under the weight of wages that were never going to be sustainable over a decade ago.

It’s reported that they were in over £46m of debt, which was astronomical considering they were in Serie B at the time. It might equate to less than one Raheem Sterling, but Italian teams don’t tend to make as much from matchday revenue and advertising as their English counterparts.

The club had to start again in Serie C after the bankruptcy, and managed to gain promotion back up the alphabet in just a couple of seasons. They ended up surprising everyone by transforming into a competent team, and they’ve slowly become one of the best in Italy once again, finishing in respectable league positions every year. 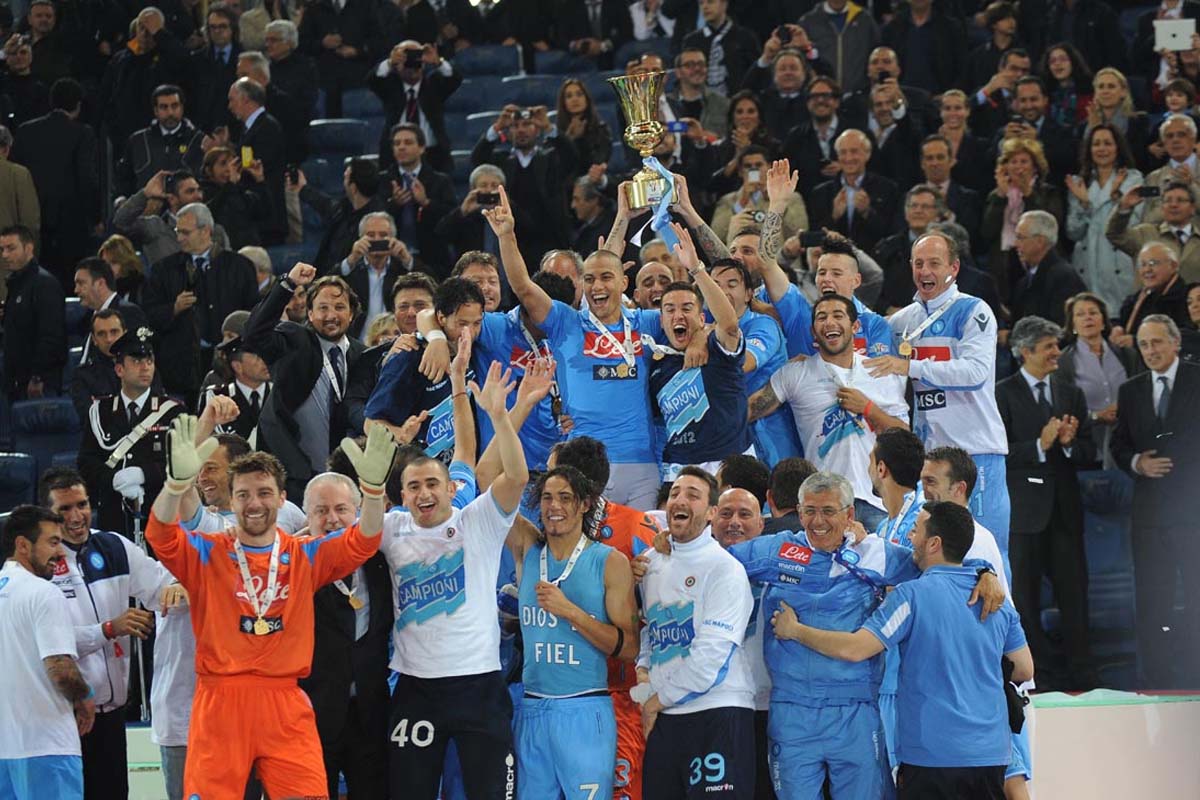 The current squad are a major part of the recent success, which includes winning the Coppa Italia in 2014. They’re on course to finish as runners-up in the league, which isn’t bad considering they operate with just over half of the wage bill of their rivals Juventus.

Automatic qualification for the Champions League is on the cards, and it represents another step in the rebirth of the club. They’re a stronger unit since they were knocked out of the qualifying rounds in September, and they could be ready to emerge from the group's next time around.

Another Argentine international leads the line in the form of Gonzalo Higuain, and he’s been nearly as prolific as the maverick from yesteryear. Higuain is the top scorer in Serie A, and his goals have gone a long way to propel his team to second place.

If he does go, (and rumours abound every time the window opens) they’re likely to get a decent fee, and it’s not as though he couldn’t be replaced for the right price. In other words, it’s unlikely there will be a repeat of the Maradona situation.

The club doesn’t seem to be in danger of falling for the same trap that caused their previous demise as their wage bill isn’t unsustainable given their finances, while European competition always offers a guaranteed windfall. It’s the reason why so many clubs are desperate to reach the Champions League in the first place, and Napoli will definitely qualify this time around.

For a team that were dead and buried, it's nice to think that any club can come back from the brink of disaster, as long as they’re being run in the right way. That being said, they should never forget the legacy of Maradona; he lifted the team to heights they’ve never been able to replicate and he inspired not just the club, but the city itself.

Napoli do rely on the goals of Higuain, but they shouldn’t be seen as a one-man team, and it's worth remembering their journey back to the big time. There’s nothing wrong with celebrating the past, but this team is one to watch in future.

Their current trajectory suggests they’ll be in contention over the coming years.