The stage is set at Stade de la Beaujoire for the high-riding Nantes to battle it out with Brest for a position in the round of 4. Nantes comes to this fixture after getting the better of vitre in the round-of-sixteen. Read through this review to ascertain what will happen when the two teams with conflicting forms.

Our best picks for Nantes vsBrestprediction and betting odds:

This clash will be the sixth time Nantes plays Brest between 2019 and 2022. The hosts have dominated this fixture in the past. Will this dominance continue in this coming event? Here are our top predictions and free tips for the encounter:

Both teams have scored when these teams meet in the previous fixtures between 2019 and 2022. We anticipate a goal-fest when these teams meet in the knock-out stage of the Coupe de France. The visitors only failed to score once in this competition from the last five away games. The hosts on the other hand found the back of the net on all the previous five home games in the tournament. Nantes scored at least a single goal from their last five games in all competitions. The visitors have a strong striking force while playing on home soil while the visitors are also clinical in front of goals playing away from home. We anticipate that both teams will get at least a single goal.

There were over 3.5 goals in three of Brest’s last five away games in this Cup tie. Over 2.5 goals were registered on four occasions from five encounters when Brest played away from home in the Coupe de France. The hosts scored at least two goals at home in four of the last five games in the Coupe de France. Since the visitors are also lethal while on their travels, we expect a very entertaining match where both teams have the potential of setting goals. The team that will outscore the other will take maximum points from this fixture.

Brest is yet to beat Nantes in a competitive or friendly match. The latter have dominated the fixture. They have beaten the visitors on four out of the five occasions. Nonetheless, we expect a very entertaining encounter because both teams have mastered the art of scoring in this encounter. Nantes comes to the fixture as favorites to advance to the next stage as they sit above their opponents in the league table. Besides, the hosts have just recorded a single loss from the last five home games across all competitions. The visitors on the other hand only managed two wins from their previous five attempts.

This will be the first meeting in the French Cup tie between Nantes and Brest, so a lot is at stake for both sides. The hosts come to this game with 3W, 1D and 1L in the last five games while Brest bagged 2W, 1D and 2L in as many run of previous games. It will be the tenth encounter between the two teams. At the coaching level, there have been four draws, two wins to Nantes head coach and four wins for his matchday opponent. 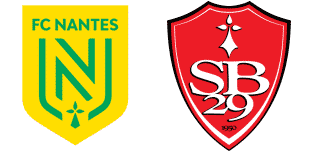 Which team has dominated the Nantes vs Brest fixture?

When is the next game between Nantes and Brest scheduled to take place?

The next event between Nantes and Brest takes place on 28 January 2022.

Where will the coupe de France game between Nantes and Brest take place?

The match will take place at Stade de la Beaujoire.