This is a preview of CAF World Cup Qualifiers Group H fixtures between Namibia and Senegal. The visitors are five points clear at the top and look to extend that lead against Namibia in the fourth game.

Our Free Predictions for Namibia vs Senegal

Namibia is second in Group H with four points while Senegal is at the top with nine points. This fixture presents Namibia with a chance to widen their lead against third-placed Congo that has two points. Our top free predictions for this match are as follows:

Senegal to get four consecutive victories

Senegal is our favourite team to win this fixture. The visitors are by far the better side in this match, having bagged 9 points in three games. We think they have what it takes to win the fourth match against Namibia even though the hosts are the second-best side in Group H.

Our second pick backs many goals to be scored in this game. Namibia may be our least favourite to win this match but the hosts have scored five goals in the last three home games. Home advantage also presents Namibia with a chance to bag some points against Senegal that has a comfortable five-point lead at the top. We are tipping Senegal to score at least two goals in this game. The visitors have scored at least two goals in every match in the first three Group H fixtures.

Home advantage and a good scoring record at home is our reason for backing Namibia to find the net in this match. The hosts found the net twice in the previous four meetings with Senegal.  And given the significance of this game, Namibia's biggest aim is to score in front of fans in the second home game against Senegal. The hosts did not score in the first home fixture against Senegal in September 2016.

Senegal looks to win again in the fourth game of CAF World Cup qualifiers. The visitors have been consistent in the competition, winning all their first three games. While they have kept only two clean sheets in the last seven matches, they won six of those games. On the other hand, Namibia hasn’t been lethal in the final third even though they have conceded only a few goals in their last seven games. Moreover, this will be the third encounter between Namibia’s head coach, Ricardo Mannetti and Senegal’s Aliou Cisse. The visiting manager won all the last two meetings and look to make it three in this game. The hosts have leaked five goals in three matches so far while Senegal has leaked only two. Poor finishing has earned Namibia only three goals in three games while Senegal has nine goals in as many matches. 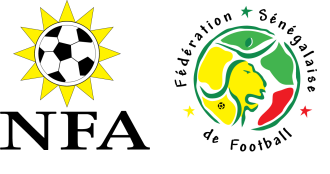 The game will be played at the Independence Stadium in Windhoek, Namibia.

How did the last meeting end?

Senegal bagged 4-1 at home against Namibia in the first leg.