Nacional vs Argentinos Juniors: Our predictions

Argentinos Juniors have not just been the best team in Group F they've also been the best defensive team; they've kept four clean sheets in five group games so far, conceding just one goal. No other team has conceded fewer than two goals in the Copa Libertadores this season. Nacional, however, have won just one of five group games whilst Argentinos Juniors have won four out of five games. Nacional may desperately need to win this game but Gabriel Milito's men will not make it easy for them and Argentinos Juniors should be able to take at least a point – even if they know they've already topped the group.

Nacional started their Primera Division campaign with a win at Progreso last weekend; that win was their second in as many games. It means they've scored in five of their last six games in all competitions with their total goals tally standing at 10; that will mean they'll fancy their chances of breaching Argentinos Juniors backline. On the defensive side, things haven't been quite so rosy for Nacional. In fact, they've conceded the most goals in Group F. Argentinos Juniors meanwhile have been pretty consistent in terms of scoring goals; they've scored in eight of their last nine games across all competitions. With all that considered this game should see goals and we're making the prediction that both sides contribute to the scoring.

Argentinos Juniors to win at least a half

Despite sitting pretty at the top of the group, Argentinos Juniors are seen as underdogs in this game. They have enjoyed a good run of form of late though having won five of their last six games. They have lost just once in their last 12 too so will arrive confident. If we focus on in the last nine, the Argentines have won at least one half in seven of them. What's even more impressive is that they've lost just one half in their last eight games. With those stats considered, in addition to the form we've mentioned in our other tips, this bet looks to have some good value.

Nacional vs Argentinos Juniors: Find all your key stats here

Nacional's best hope is for a weakened Argentinos Juniors

Despite failing to win any of their first four group games, Nacional still have a chance to progress to the knockout phase of the Copa Libertadores. Argentinos Juniors on the other hand have nothing left to play for having secured the top spot in Group F with time to spare. Even with changes, Nacional will need to be at their best in order to beat their visitors. Whether they'll get the job done or not, who knows. Let's enjoy finding out!

Nacional vs Argentinos Juniors: The match in brief 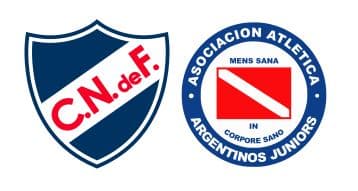