In the age of 24-hour rolling news, social media and highlights of almost every game being available to watch somewhere – albeit of dubious legality and quality – it's rare a player is linked with a Premier League club who isn't a household name. Mykola Shaparenko is an exception.

The 20-year-old Dynamo Kyiv midfielder has just 56 club appearances to his name yet, according to reports, is a transfer target for Manchester United, Chelsea, Arsenal and West Ham United this summer.

Part of the Dynamo side which reached the Europa League last-16 last season before being dumped out 8-0 on aggregate by Chelsea, Shaparenko has just four Ukrainian caps to his name so would be unlikely to qualify for a work permit at this stage. 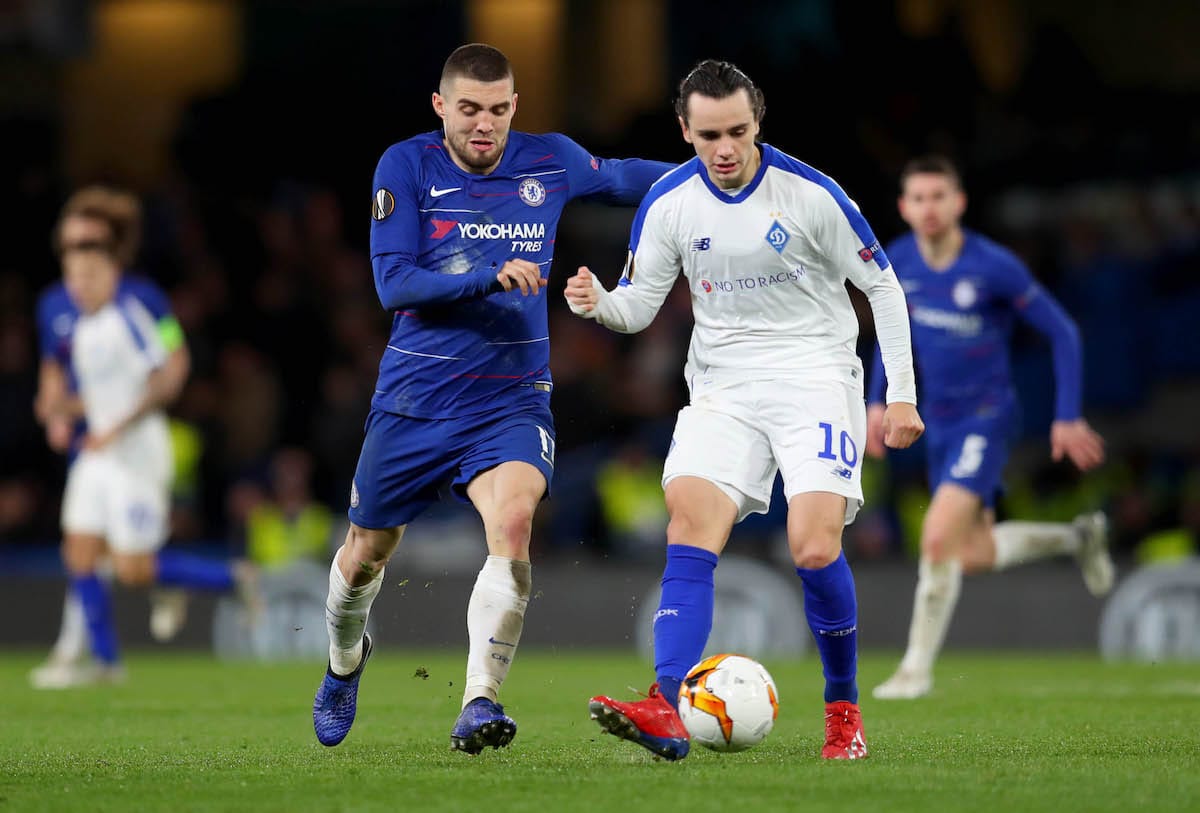 Clearly, he is one for the future and any club signing him would almost certainly need to loan the youngster out to enable him to qualify for a work permit in the long run.

Born in Velyka Novosilka Raion in the Donetsk province of Ukraine, Shaparenko shot to fame aged just 16 when he became the second-youngest scorer in the history of the Ukrainian Premier League after netting in Mariupol's 4-1 thrashing of Olimpik Donetsk in May 2015.

He soon joined Dynamo Kyiv, one of Ukraine's most successful sides with 15 league titles and 11 national cups – to go along with 13 Soviet league wins and nine Soviet cup triumphs.

The club which produced Ukrainian legends Andriy Shevchenko, Oleh Blokhin and Oleksandr Shovkovskiy also boasts an association with three Ballon d'Or winners and has a fine record of producing players or taking young talents from other clubs and helping them reach their potential.

Shaparenko initially played in Dynamo's youth sides before making his first-team debut in November 2017 as a stoppage-time substitute in 2-0 win over FC Zirka Kropyvnytskyi. He would only feature eight times that season but scored once and supplied two assists, giving a tantalising glimpse into the future.

A fractured collarbone tempered his progress initially. But 2018/19 was Shaparenko's breakthrough year, playing 33 times and scoring eight goals in all competitions for the Ukrainian Premier League runners-up.

Equally comfortable deployed as a deep-lying playmaker in midfield, further forward as a No.10 or upfront, Shaparenko is best employed as the link between midfield and attack, utilising his creative ability, vision and technique. He's the kind of player who excites fans, his long locks flowing as he slaloms past defenders and bursts into the penalty area.

Capable of picking the ball up deep and driving forward, Shaparenko is an impressive dribbler who can turn on a sixpence and glide between the lines of defence. He attempted 4.26 dribbles per 90 last term, completing a healthy 47.5 per cent – equivalent to 2.02.

Over the sequence of the next three images, Shaparenko demonstrates his ability to find and make space. Receiving possession between the lines he looks to be dribbling infield before stopping the ball under his foot, spinning and taking two Desna defenders out of the game. Getting the ball onto his left foot he makes room to shoot but sees his effort blocked. 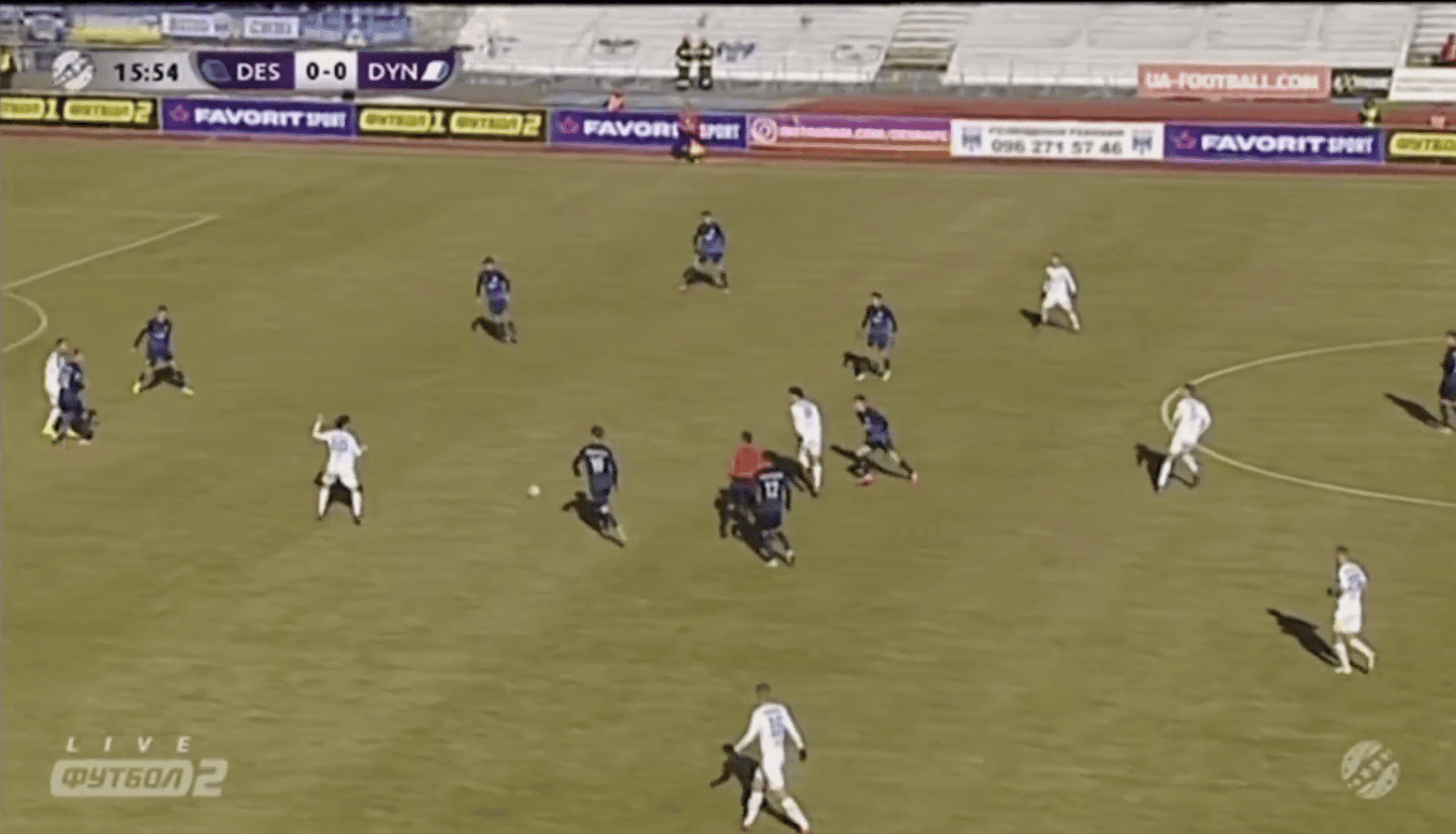 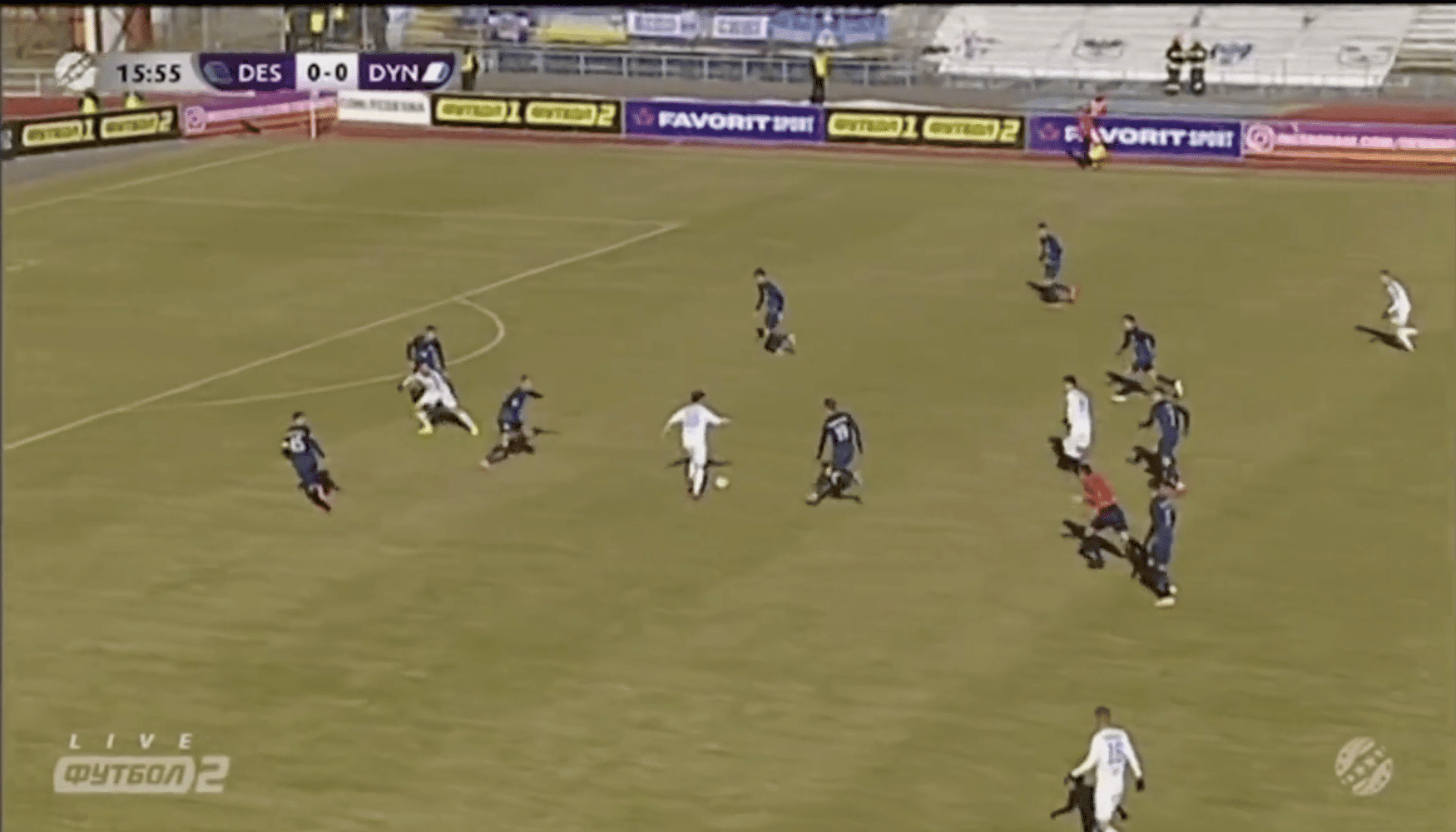 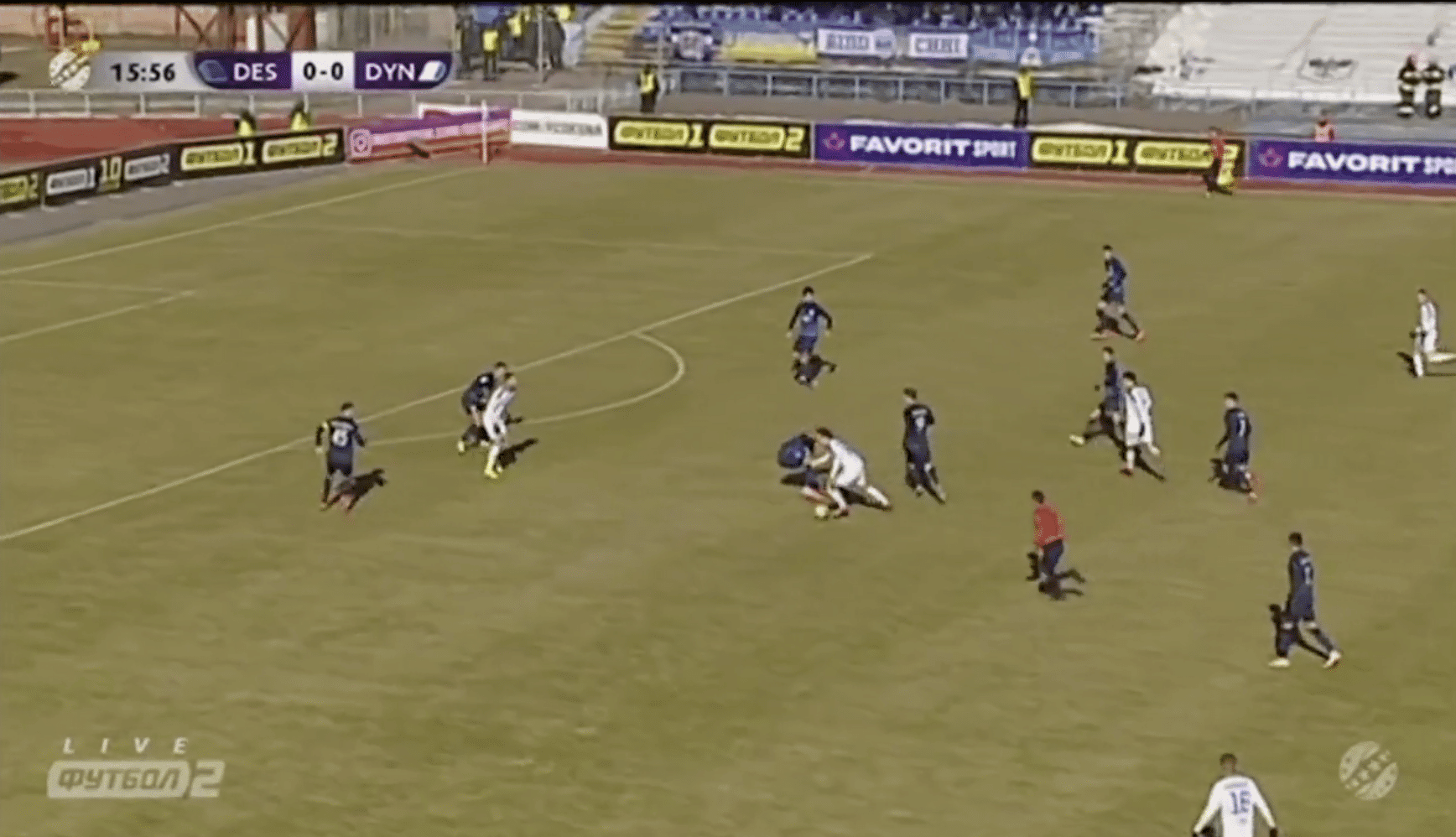 As well as carving shooting opportunities out of nothing, the 20-year-old supplied 1.19 shots assists per 90 for his team-mates last and was no stranger to getting in the box himself to score goals, falling just short of his xG90 score of 0.32 to net at a rate of 0.28 per 90.

With an 85.4 per cent pass accuracy, Shaparenko is a neat and tidy user of the ball with good vision and range of passing – he's particularly adept at raking big diagonal passes out to the flanks to open up the field but managed just a single assist in the Ukrainian Premier League last term.

That leaves the youngster something to work on – although assist statistics are largely predicated on the finishing ability of the player taking the final shot – and it's evident Shaparenko is still a raw talent.

His decision-making lets him down from time to time, dribbling into blind alleys and surrendering the ball cheaply. Though stifling his natural disposition for taking on defenders would be a shame, he will have to learn when and where to dribble with the ball.

The Ukrainian's tackling could also use some work and it's hard to escape the conclusion he is overcompensating for being of a slight build. Shaparenko has a tendency to dive in and it's a wonder he doesn't earn more bookings.

Still, there is evidently a talented young playmaker in there and, for the right price, he could be an interesting pick-up – assuming he doesn't follow in the footsteps of Premier League luminaries Shevchenko, Andriy Voronin, Andriy Yarmolenko, Sergei Rebrov or Oleg Luzhny.