Glenn Murray has been an unlikely hero for Brighton and Hove Albion this season. The 34-year-old is the leading scorer in the club’s maiden Premier League season; with ten strikes to his name and he’s rolling back the years.

Having never really been afforded the chance in the past, he’s enjoying himself now he’s been given the opportunity to lead the line in the English top flight .

Murray scored eight goals in 33 appearances for Crystal Palace over a span of two seasons. He then moved to Bournemouth for the 2015/16 season, the Cherries’ first time in the top flight, and netted three times in 19 appearances before dropping down to the Championship to play for Brighton once more. It appeared as though his chance in the big time had passed.

But it was Murray’s 23 Championship goals which helped fire the Seagulls into the Premier League. And Seagulls manager Chris Hughton seemingly trusted his striker to deliver, resisting the urge to spend big in the summer market. He did sign off on deals to bring José Izquierdo and

Murray has repaid his manager's trust. He scored four in three matches to help his side pick up seven points from a possible nine on offer against West Ham United, Southampton and Swansea City earlier on in the season. He's also netted four in his last four starts for Hughton's men, a run which has seen them pick up eight points and move them to 12th in the Premier League.

He's five clear of Groß in the goals column for Brighton this season and though he's not considered to be a match winner by many, he's quickly turned into the player Hughton relies on and he's accountable for 38 per cent of their top flight goals.

In term of English strikers in the Premier League he's joint third with Wayne Rooney for goals scored behind only Jamie Vardy and Harry Kane.

Though scoring a penalty is a skill in itself, a striker needs to be be able to do more than just fire the ball home from 12 yards out. Murray's dispatched four this season meaning his open play tally is just six. It doesn't sound like much given we have just ten games of the season remaining but when penalties are excluded he's still fourth on the list of English strikers.

Furthermore, he's involved in a non-penalty goal every 260 minutes which is better than Vardy (262) and not far away from Rooney (246). A goal every 2.8 matches isn't a bad return for a 34-year-old playing in a team many expected to be relegated.

So, how have the Seagulls managed to get the best out of Murray?

It's quite simple, really. As basic as it sounds, Hughton has really just found a system which suits his players. The Seagulls play to Murray's strengths and, in turn, the striker, using his intelligence, brings the best out of the supporting cast.

It was evident in Saturday's 4-1 victory over Swansea, which you can see below.

Murray starts on the right hand side of the pitch as Brighton spring an attack. He makes a run across Alfie Mawson but is tracked by the West Ham United transfer target. The striker then lingers in Mawson's proximity, keeping him on his toes. He strolls into an offside position, as you can see in the screenshot above, before drifting in behind the centre-back as the play progresses down the left.

As Izquierdo pulls the ball back into the area, Murray, circled in red, is in space in the Swansea penalty area. Many in this scenario would attack the near post or make a move across Mawson and that's not wrong. But the Brighton striker uses his intelligence to peel away into the blindside of the Swansea No.6. It's a simple finish and it looks like an easy pass for the Colombian wideman, but only because of Murray's movement.

It's his spatial awareness and and his intelligence which has been a key part in his goals this season. 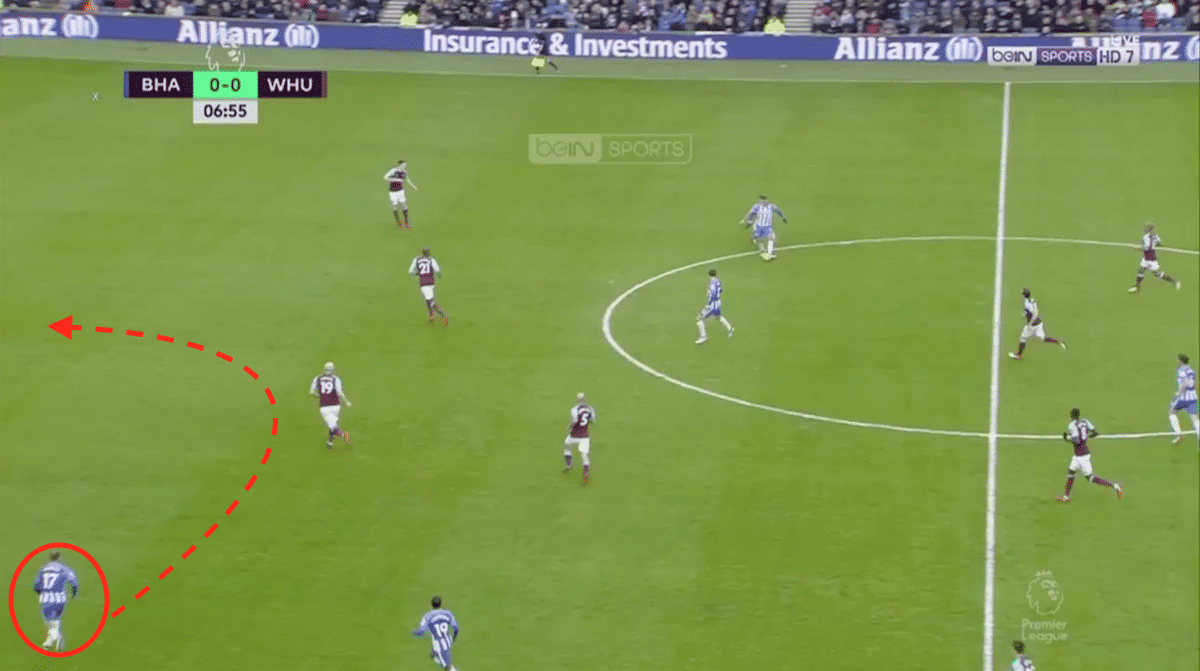 Against West Ham he positions himself on the left as Brighton look to build an attack. Izquierdo pushes on and Murray takes this opportunity to arc his run inside before getting onto the end of a Groß pass. It's poor from West Ham but brilliant from the striker to make the most of the space and a staggered defensive line. 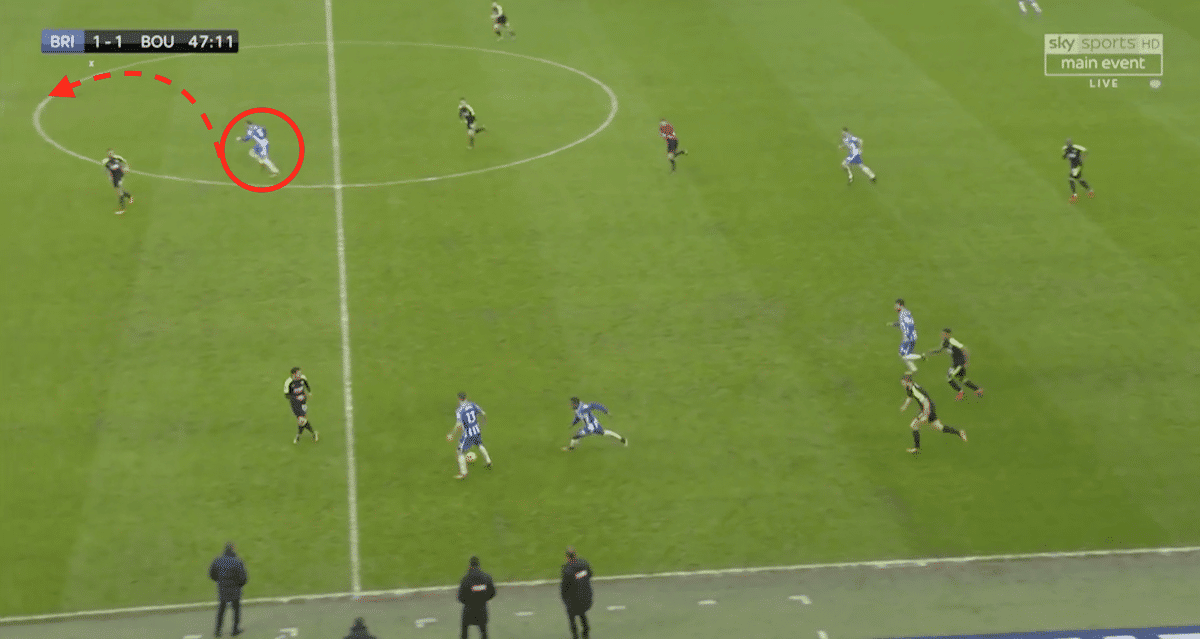 It's not too dissimilar to his goal against Bournemouth. The home side break and as soon as they start moving forward Murray is scanning for space to attack. Circled in the screenshot above, he moves in behind the centre-back as Brighton attack the left. Bournemouth aren't able to get men back quick enough and the striker shows patience to position himself in space near the back post before firing home. It's almost identical to his goal against Swansea.

Though his goal map, which can be found on Understat.com, gives the impression that he's a poacher, he's much more than that as you can see in the pictures above. He won't get the plaudits he deserves but he's been one of the players of the season and is easily Brighton's most important player.