One of the more important matches for the Spurs in the Europa Conference League is the upcoming Mura vs Tottenham duel. With that in mind, we have prepared a detailed preview of the game, along with some free betting tips.

Our latest betting picks for Mura vs Tottenham

If you can't decide on the best bet for Mura vs Tottenham, check our top betting predictions for this match:

Tottenham to Win with Handicap (-1)

The Slovenian team has failed to get even a single point from their first four matches in the group, losing all four of them with ease. Meanwhile, Tottenham is in fight with Rennes and Vitesse for the top two spots that lead to the next stages of Europa Conference League, so they need to win here. We have no doubt that this is going to happen and our prediction is for Tottenham to win this game by two or more goals, similarly to their first game against Mura which they won 5-1.

Tottenham to Win at Half Time and Full Time

Since we expect to see a convincing win for Tottenham in this match, we also expect the Spurs to take the lead at half time and keep it until the end of the game. After all, the same thing happened in their first duel against Mura. Also, Mura was losing at half time in three of their four matches in the group, so there's no reason to expect anything different now.

The first match between these two teams ended with six goals being scored, so we don't doubt that we will see another high-scoring affair when the two teams meet again on Thursday. Furthermore, Tottenham went over 2.5 total goals in three of their four matches, while the same is true for two of the four Mura games in the group.

Top stats, odds, and more for Mura vs Tottenham

If you want to bet on the best Mura vs Tottenham odds, check our list of odds taken from the main UK betting websites:

Mura vs Tottenham preview: An easy job for the Spurs?

After they became the surprising champions of Slovenia last season, Mura has struggled to perform at the same level in the new season. In the Slovenian league, the team is currently fifth in the standings and already eleven points behind Koper in the first place. Mura has also been poor in the Europa Conference League where they lost all four of their matches in the group. Skoflek is out of the upcoming game with an injury, while Bobicarenc, Gorenc, and Klepac are questionable.

The new manager of the Spurs Antonio Conte recorded his first win with the team over the weekend against Leeds, so he is certainly in high spirits ahead of the next match. Given the fact that Mura is the worst team in the group, we should see another Tottenham win, which would put the Spurs in great position ahead of the last round. Lo Celso and Scarlett are injured and unlikely to play, while Romer is suspended. 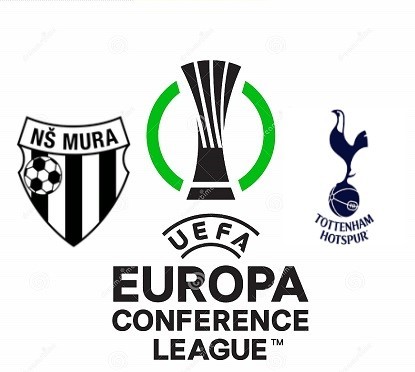