Crystal Palace fans appreciate an entertaining winger. Think Wilfried Zaha or Yannick Bolasie. Given the success those two enjoyed, reports of a move for Barcelona's Munir El Haddadi should be well received in south London.

The Eagles are, according to El Mundo Deportivo, keen to bring the 21-year-old Spanish international to Selhurst Park this summer following an underwhelming season on loan at Valencia.

On the face of it a move for a player who can call Lionel Messi, Luis Suárez and Neymar team-mates would represent a coup for Frank de Boer's side. But he has suffered something of a fall from grace at the Camp Nou after bursting onto the scene.

So, what would the versatile attacker bring to Crystal Palace and how would he fit into the team? We've run the rule over the tricky forward.

Behind the Lines: John Salako | FWTV by FootballWhispers

Born in San Lorenzo de El Escoril, Madrid, Munir grew up in a street likened by El Mundo to ‘Little Morocco' in nearby Galapagar. His father, Mohamed El Haddadi Arbqui, arrived illegally in Spain on a fishing boat as an 18-year-old. Meanwhile, his mother, Zaida, moved from Mellila, a Spanish city which is, interestingly, on the mainland of Africa.

Given his place of birth it should come as little surprise that Munir grew up a fan of Real Madrid. However, he started out in the more modest surroundings of Galapagar before switching to Santa Ana, another Madrid-based side.

While at Rayo Majahonda, who are affiliated with Atlético Madrid, he scored 32 times in 29 times for their Cadete A team. But Los Rojiblancos and Real Madrid turned down the chance to sign him.

The Madrid sides' mistake played into Barcelona's hands and he was promptly signed up by the Blaugrana after scoring a perfect hat-trick in a match watched by Barça scouts in 2011.

From there things progressed rapidly. Munir netted 11 times in ten games for the Juvenil side in the UEFA Youth League, including a brace in the final against Benfica, underlining his promise.

In August 2014 he was handed his first-team debut against Elche at the Camp Nou, Munir scored the second goal in a 3-0 win to announce himself to Los Cules' supporters.

His achievements saw him nominated for the 2014 Golden Boy Award, recognising Europe's best under-21. He lost out to Liverpool's Raheem Sterling but was handed his full Spain debut seven days after turning 18, replacing the injured Diego Costa in Vicente del Bosque's squad.

“I feel it went very well, it is a dream came true,” the forward said after his debut. “Now, I must keep on working with my club.

“Playing with Spain was my decision and I am very happy with it,” he added, acknowledging the fact he could have turned out for Morocco too.

But Munir's meteoric rise did not continue at the same pace it had started despite scoring five times to help Barça win the 2015/16 Copa del Rey. He was on target again in the first leg of the 2016 Supercopa de España final against Sevilla as Barcelona completed a treble-winning season under Luis Enrique.

Ahead of the 2016/17 campaign, though, his playing time at the Camp Nou looked in danger of being reduced by the signing of Paco Alcácer from Valencia. Munir moved in the opposite direction on loan for the season.

It took until October for Munir to score his first LaLiga goal, albeit with Valencia in disarray, and he finished his season with Los Che having struck just six times in 20 LaLiga starts. 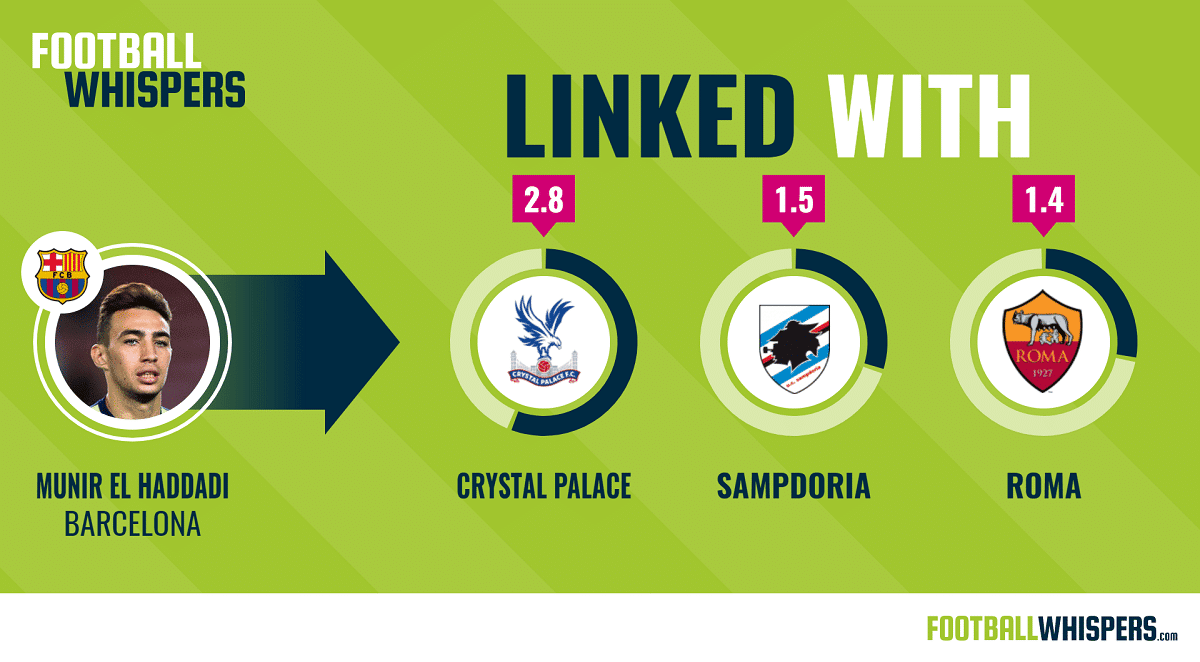 What would Munir bring to Crystal Palace?

Munir is pacy, direct, tricky and tireless – not dissimilar to former Barça winger Pedro. Capable of playing wide or through the middle, his dribbling ability and direct running make him a defender's nightmare.

In the images below, taken from Valencia's 2-0 defeat of Málaga in April, we see Munir using that devastating pace on the counter-attack. He drives towards the home side's penalty area putting defender Diego Llorente (5) on the back foot.

The attack breaks down, though, when Munir attempts a pitiful dive under Roberto Rosales' challenge which connects with neither ball nor man. But it is a good example of how quickly the Barça attacker can move a team forward and panic defenders. 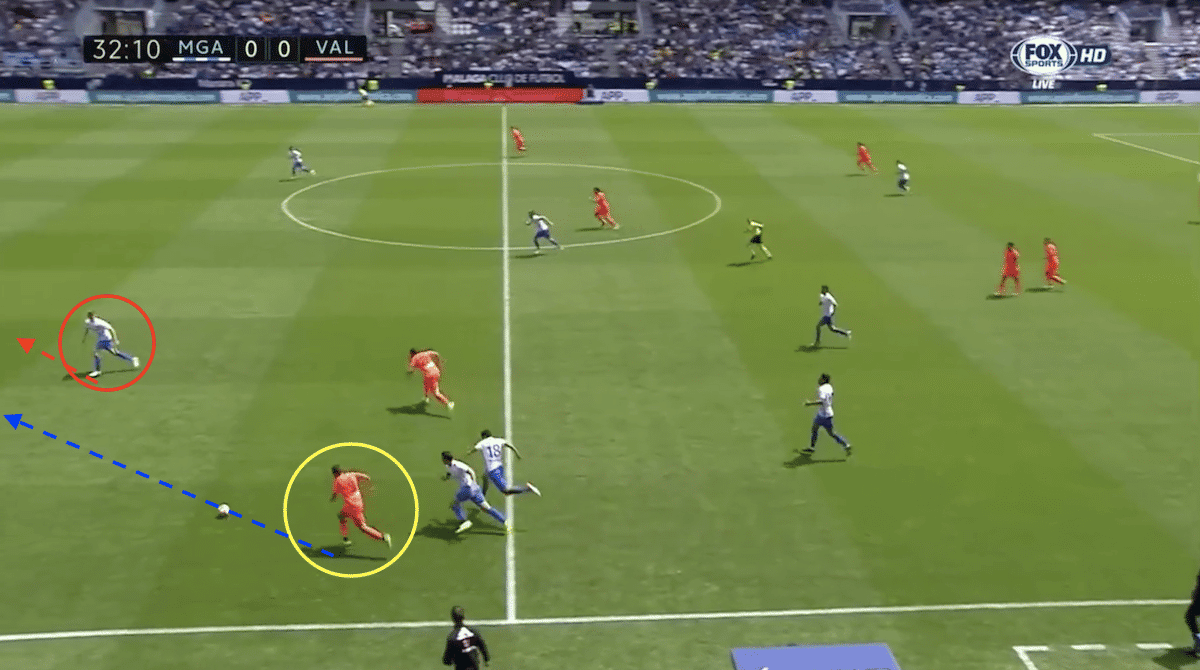 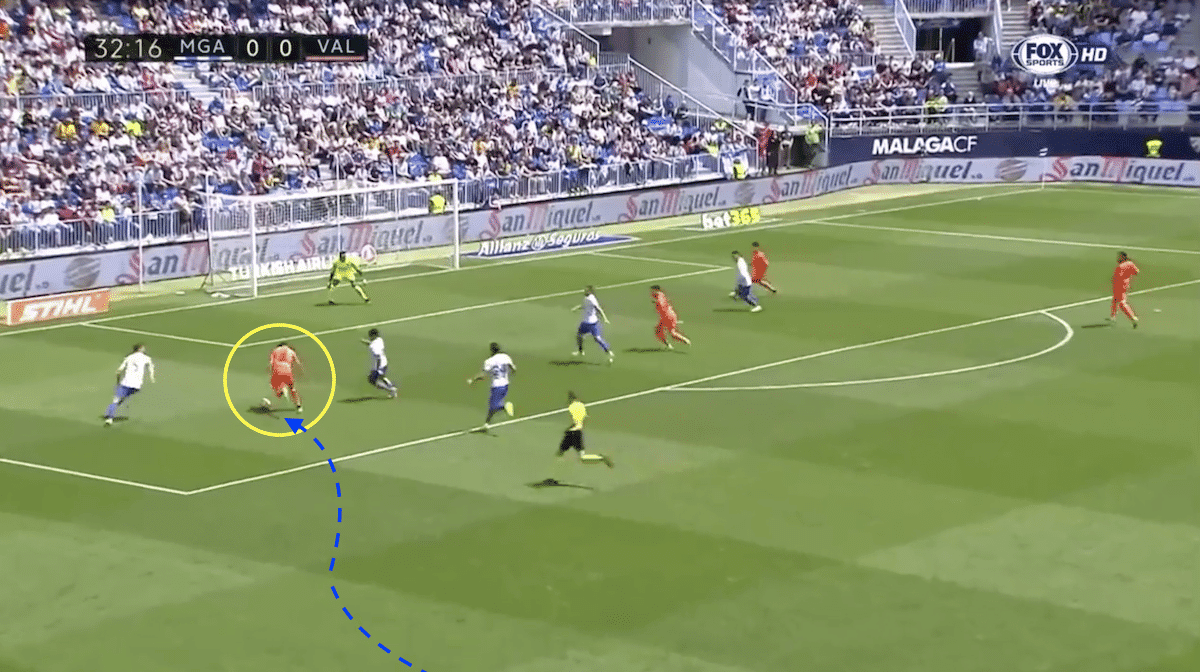 The breakdown of that attack is a good example of why there is plenty of room for improvement with Munir. His decision making could be better and when he is carrying the ball forward at pace he can be oblivious to better options around him.

In the images below, from Valencia's 2-1 loss at eventual champions Real Madrid, Munir's lack of awareness is shown up. He has two team-mates to his right (circled in blue) when he receives the ball – both of whom are in better positions.

However, he elects to drive forward instead and, even as Dani Parejo (10) comes into view, opts to waste the chance to catch Real short-handed at the back by firing wide of Keylor Navas' goal with a tame effort. 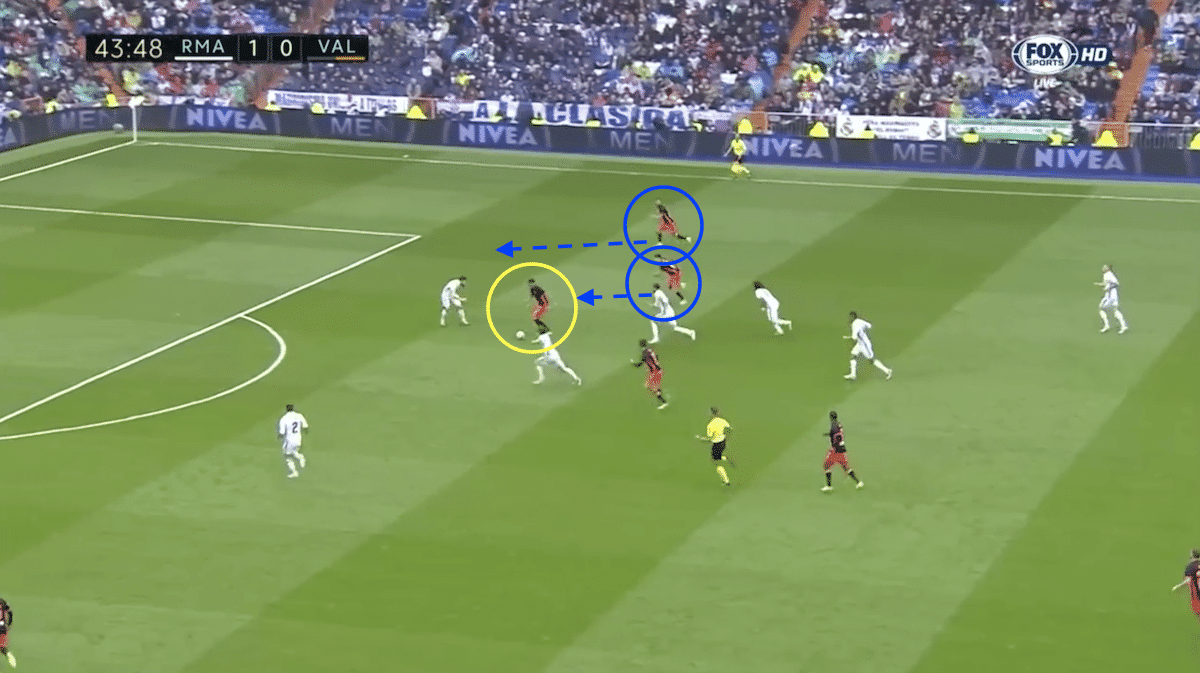 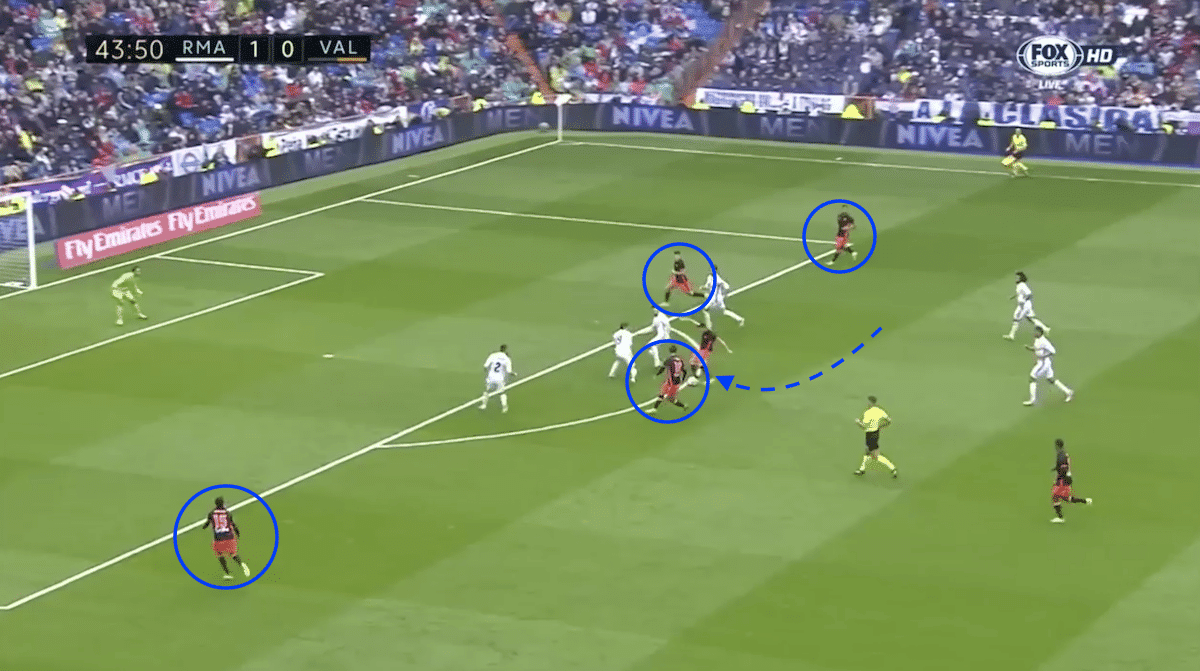 Where would Munir fit in at Crystal Palace?

With a lack of true quality outside of Zaha and Andros Townsend, it is clear Crystal Palace need to upgrade their attacking midfield options. The question is whether Munir is that player.

He has undoubted talent but, after a blistering start, his senior career has stalled and that will be a concern to any club looking to acquire his services this summer. He would not be the first Barça graduate in recent times to fail to live up to his early promise after all.

Another worry is that his slight frame will be a distinct disadvantage in the Premier League which is, clichés notwithstanding, much more physical than Spain. There is no question Munir has the pace and trickery to get out of trouble but modern full-backs are built to be quick and strong to diminish that threat.

Crystal Palace's recruitment this summer has been prudent, with a focus on young talent such as Jairo Riedewald, Timothy Fosu-Mensah and Ruben Loftus-Cheek. All three are aged no older than 21, meaning Munir would fit the profile of player de Boer has targetted thus far.

He would represent a gamble. But the same would have been said of Bolasie and Zaha and neither of those worked out badly.