Cameroon are playing catch-up to Ivory Coast in Group D. They are one point behind the Elephants and can ill afford to drop points on their trip to Mozambique. It looks unlikely that the Mambas will put up any resistance as they struggle at the bottom of the group with just one point to their name.

Here are our predictions for Mozambique vs Cameroon.

This is the fourth meeting between Cameroon and Mozambique, and if history will prove to be our guide, the match will conclude in the Indomitable Lions favour. The two sides were in action this past week and Toni Conceição's charges had little trouble in securing a 3-1 victory. Expect a similar result as the venues are switched in favour of Mozambique, who are winless in their last five international fixtures.

Choupo-Moting had scored a brace before Karl Toko Ekambi got in on the action and made the score 3-0. There was still life in the Mambas, who scored late through Geny Catamo. As they meet again the following Monday after this result, goals should come aplenty. Four of Cameroon's last six fixtures have concluded with Over 2.5 total goals and this matchup should not be any different.

Mozambique should make their home advantage count get on the scoreboard. In their last ten home fixtures, they have only failed to score four times, with two of these occasions being goalless draws. Cameroon has a similar statistical reading to show for and will be confident in their abilities after scoring in their last three away fixtures.

Mozambique vs Cameroon: Check out the best odds and the latest stats

Match Preview of Mozambique vs Cameroon: Lions to give stiff test for the Mambas

Winless in five international fixtures, Mozambique needs to turn the tide. With Ivory Coast and Cameroon leading the ranks in Group D, their chances of making it to the Third Stage of qualification looks unlikely. However, they can spoil the party for the wannabes with their performances, especially at home. They are unbeaten in their last four home fixtures, winning twice and drawing the same number.

Toni Conceição will be wary of the threat the Mambas possess as he leads Cameroon at the Stade Ibn Batouta. They have won against Mozambique in each of their three encounters, scoring nine goals in three meetings whilst only conceding twice. However, the onus of delivering remains on them following their 2-1 defeat to Ivory Coast in the previous international break.

Questions About Mozambique vs Cameroon 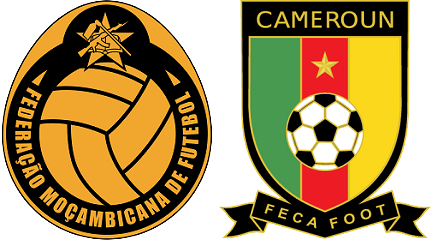 Where is the game being televised? Sport TV and Viaplay.oon.

Where is the game being played? Stade Ibn Batouta (Tanger).