West Ham United‘s parting of ways with manager Slaven Bilić in November had, in truth, been somewhat overdue. The Croatian coach, though liked personally by many sections of the Hammers' support, had cut the air of a man on borrowed time for several months.

The former Beşiktaş boss' sacking would have brought a degree of relief to the London Stadium, a chance to start afresh with a new face, an optimistic outlook on the future.

However, when it was announced the man replacing Bilić would be former Everton and Manchester United manager David Moyes, hearts sank, as many feared the experienced Scot would only further cement the East London side's impending doom.

Such thoughts were not without reason: Moyes' last post was at Sunderland, where he oversaw one of the worst campaigns in Premier League history, taking the Black Cats, who had narrowly avoided the drop in the preceding seasons, down to the Championship.

And Moyes didn't get off to the smoothest of starts upon taking the West Ham reins, losing away to Watford and drawing with Leicester City in his first two fixtures.

But, conversely, signs of green shoots were first seen in defeat, when, despite losing 2-1 to league leaders Manchester City, the Hammers fought bravely at the Etihad and were unfortunate not to come away with a point.

Since, then, West Ham have broadly trended upwards, rising from 18th when Moyes first took over to 15th. And, while they have suffered setbacks along the way – such as a crushing 3-2 home defeat to Newcastle United – and are by no means out of the woods, the numbers show how the Hammers have improved in all departments. 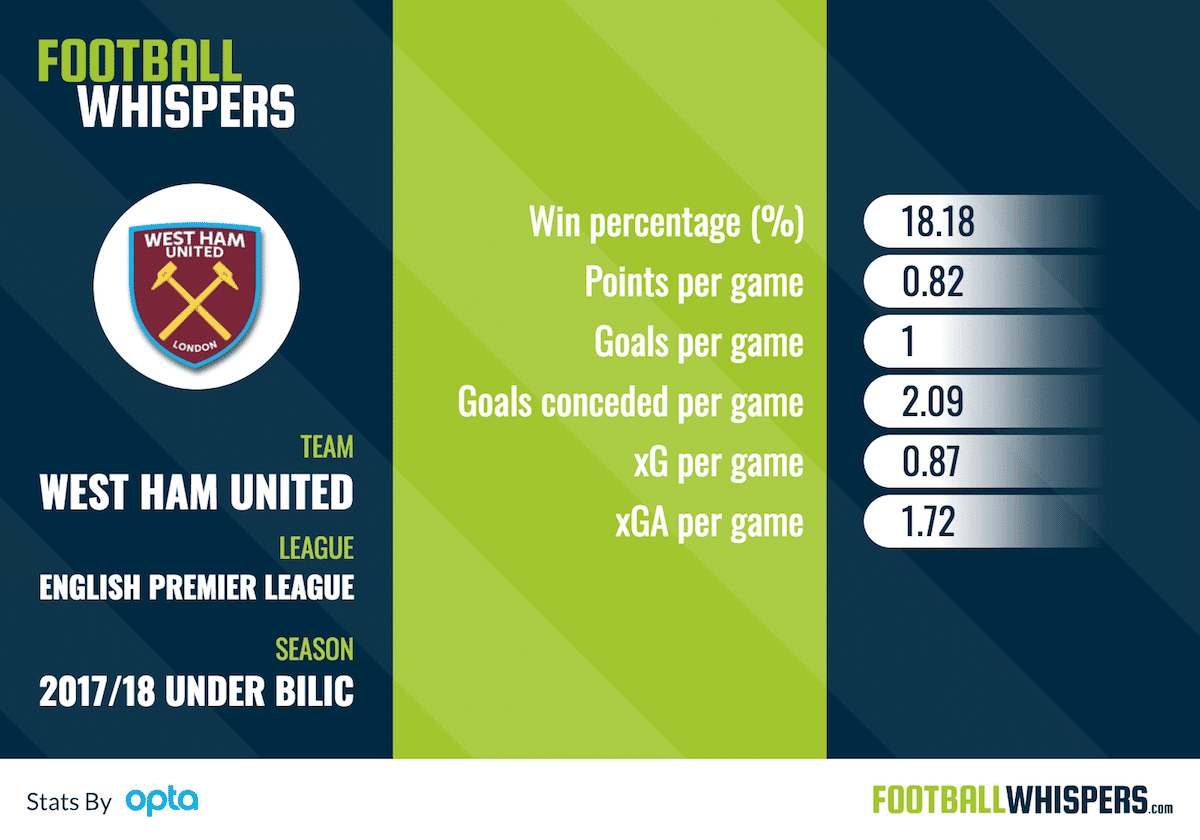 The above graphic shows West Ham's statistical performance for the 2017/18 season up until the point Bilić was sacked.

The Croatian over saw 11 Premier League games (the same number Moyes has since been in charge for), picking up less than a point per game and scoring just once per outing on average while conceding 2.09.

What's more, their expected goals (xG) per game of just 0.87 shows that they were perhaps a touch fortunate to have even scored as many as they had. 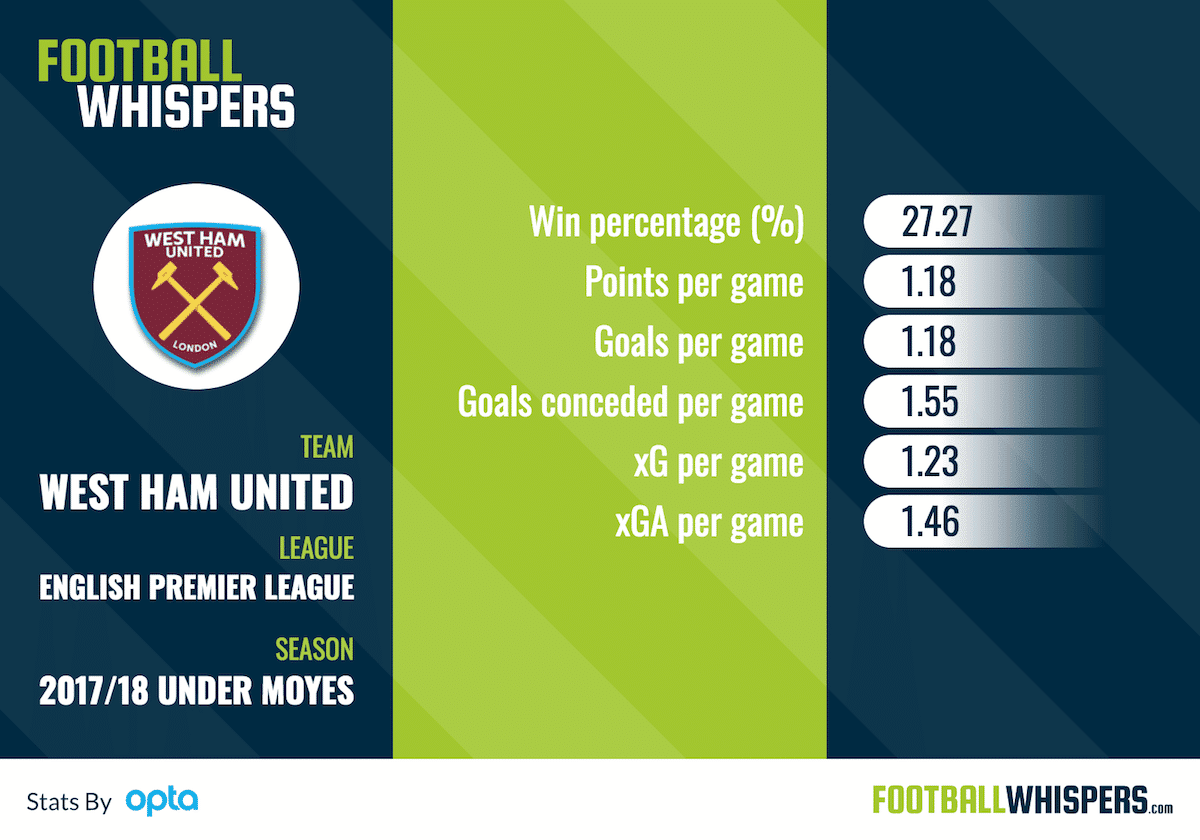 This time, we see the numbers for Moyes reign so far. The ex-Real Sociedad manager has overseen an improvement in every measurement, with the rise in points per game and win percentage the most crucial.

But it is the less analysed statistics like xG and expected goals against (xGA) that really detail how the Hammers have improved under Moyes. Their xG of 1.23 per game shows they are now creating a better quality of chances.

And while the fact their xGA per 90 outweighs their xG is a worry for long-term progression, the decrease in xGA shows they are trending in the right direction, with Moyes making the much-needed defensive improvements that were expected of him when he took charge.

There is a long way to got before West Ham are where they want to be, but in Moyes, they now appear to have the right man in charge. Who'd have thought it?