Liverpool. The only team in the land that could just as easily shut out Manchester City as concede three goals to a sinking Swansea in one half.

So leaky is the Reds’ defence you could drain pasta through it – and how dearly Jurgen Klopp would love to stick a fork in the issue once and for all.

That familiar, gut-wrenching feeling of a title hunt slipping out of their clutches will have weighed down on any home supporter shambling out of Anfield on Saturday afternoon.

We at Football Whispers turn our noses up at such negativity. This season IS salvageable for Liverpool. But it is going to require Klopp to do some heavy lifting with the players he’s stuck with until the summer.

Let’s look at the facts.

A case for the defence

If Joel Matip were ready to start for Saturday’s game then the pantomime at the back may never have happened. Who knows, he could be the reason that Wales still boast a Premier League club come May.

But his Africa Cup of Nations snafu and dodgy ankles aside, there will be a time when Dejan Lovren and Ragnar Klavan saddle up in the centre of defence again for a 90-minute rodeo.

The pair were quite simply shocking against Swansea – Lovren directly culpable for the first goal, Klavan the third – but Klopp will have to live with his oversights in the transfer market.

Unless Virgil van Dijk kicks up a fuss in the next ten days, Liverpool will not be able to recruit the necessary quality to make it worthwhile in January. We rate his arrival at a lowly 1.7 right now.

Now, what do you do if something is vulnerable? What does a hen do when she lays an egg? Sits on it, keeps it warm – maybe Klavan needs a snood? – and protects it. Step forward (ideally backwards) Liverpool’s midfield.

In defence of Henderson 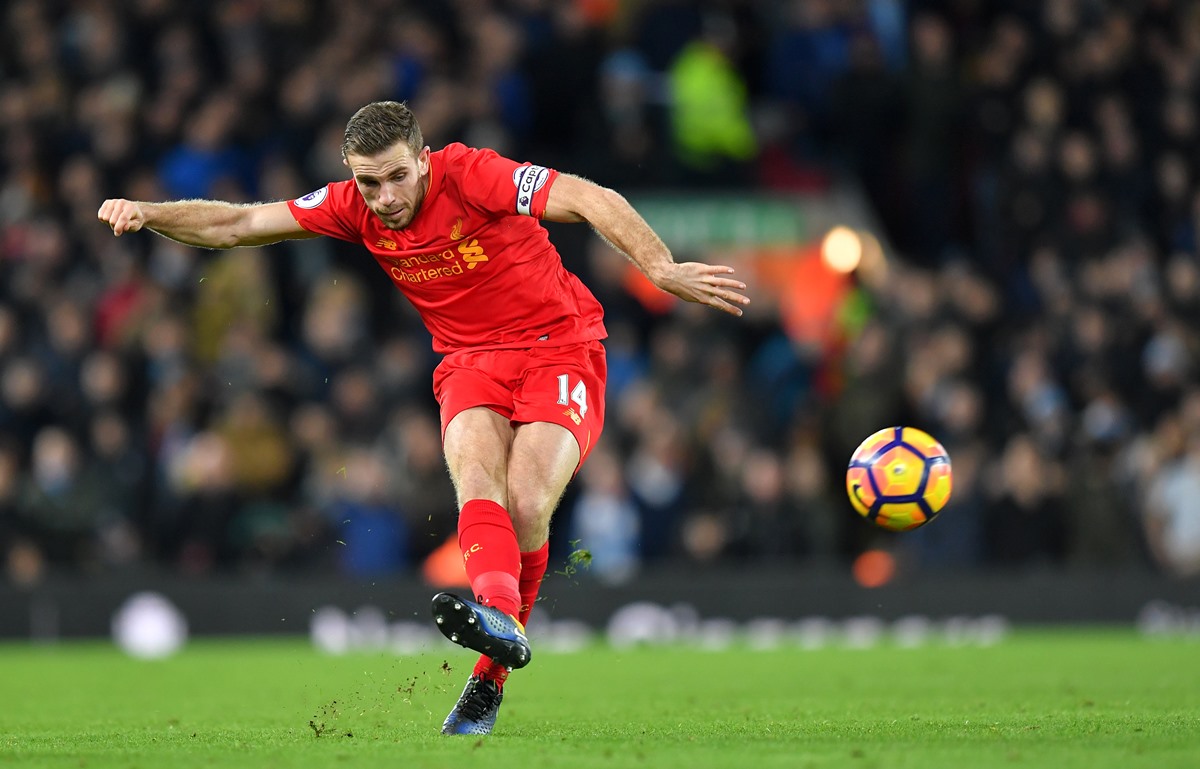 In the same way that Michael Carrick was doubted when he was partnered in midfield with Old Trafford legends such as Tom Cleverley and an average Darren Fletcher, Jordan Henderson has been a lightning rod for poor performances in the past.

His class, and his improvement, has been strikingly evident this season. Henderson will never be Gerrard, just as Carrick will never be a Keane/Scholes hybrid, but the unfair comparisons no longer hold weight.

Henderson, still only 26, is the pulsing heart of this team. The midfielder became the first player to surpass 1,500 passes in Europe’s top leagues this season and guess what, Henderson naysayers – a good 70 per cent of those have been forward.

He is also, by far and the away, the most effective shield of the defence.

Averaging a thoroughly impressive four tackles  and 1.7 interceptions per game, the man eats up grass like it’s going out of fashion.

But what about his peers?

Why pick out these three teams in particular? Because they have conceded the fewest goals in the Premier League this season.

All three players take up slightly different roles but nevertheless, it shows that Henderson is in the same league as many of the top central midfielders in the Premier League.

One man, however, can only do so much.

No defence for the midfield 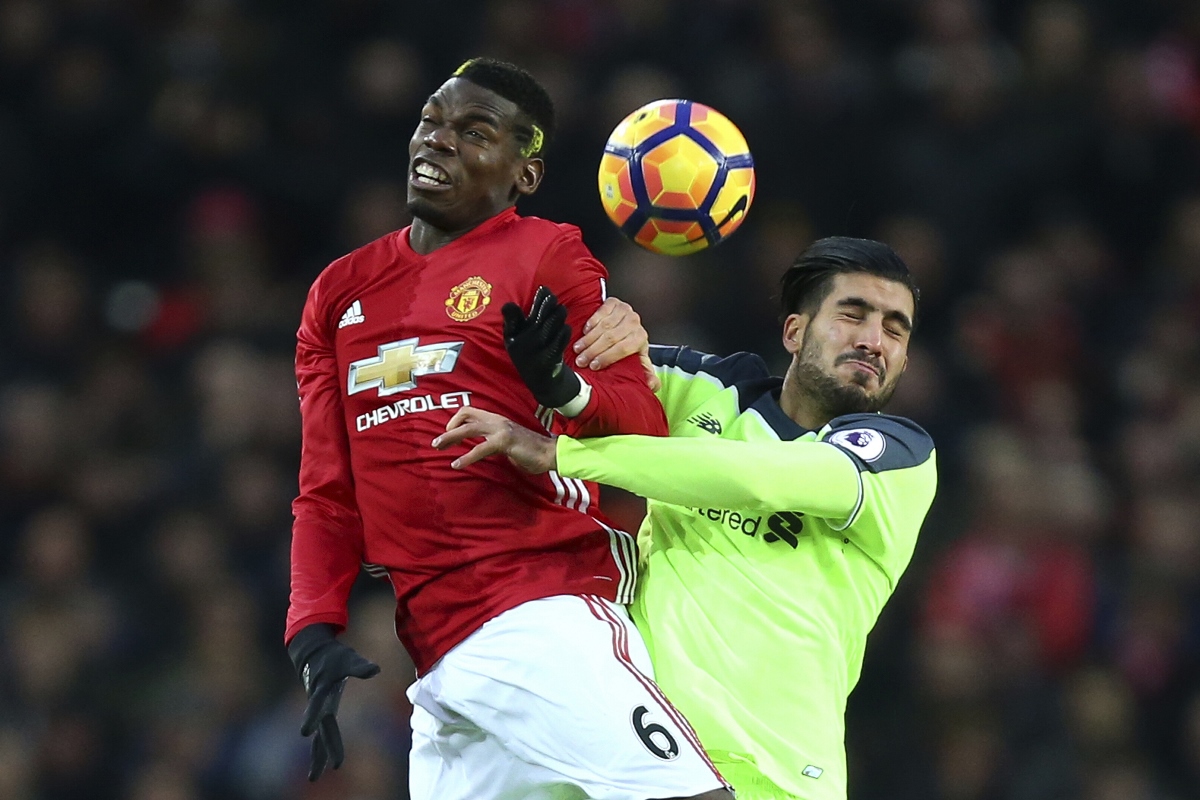 It doesn’t matter if a section of your wall is encased in titanium – if another part is made of chocolate, an aggressor is going to chomp his way though.

That is why for all the pretty play that channels through Liverpool’s front six, Georginio Wijnaldium and Emre Can come up woefully short when trying to protect the defence’s wafer-thin hide.

For all of Liverpool’s pressing off the ball, the pair are particularly ineffective. Wijnaldum chips in with just 1.1 tackles and a measly 0.7 interceptions per game.
Can, who is ostensibly more of a holding player? 2.1 and 1.1. Hardly earth-shattering statistics.

Now, compare that with the teamwork Liverpool’s top four rivals put in.

United’s three-man midfield get through far more defensive work, Matic and Kante are also industrious, and Tottenham help out Wanyama and Dembele with an extra centre-back and two superb wing-backs in Danny Rose and Kyle Walker. Liverpool simply don’t have that luxury.

Klopp has two options. Rein back Wijnaldum’s attacking tendencies, as eye-catching as he has been this season, or begin to admit Can simply is not starting XI material.

As in the case of the defence there is little that can be done during the transfer window. But it is worth trying one man out for size. 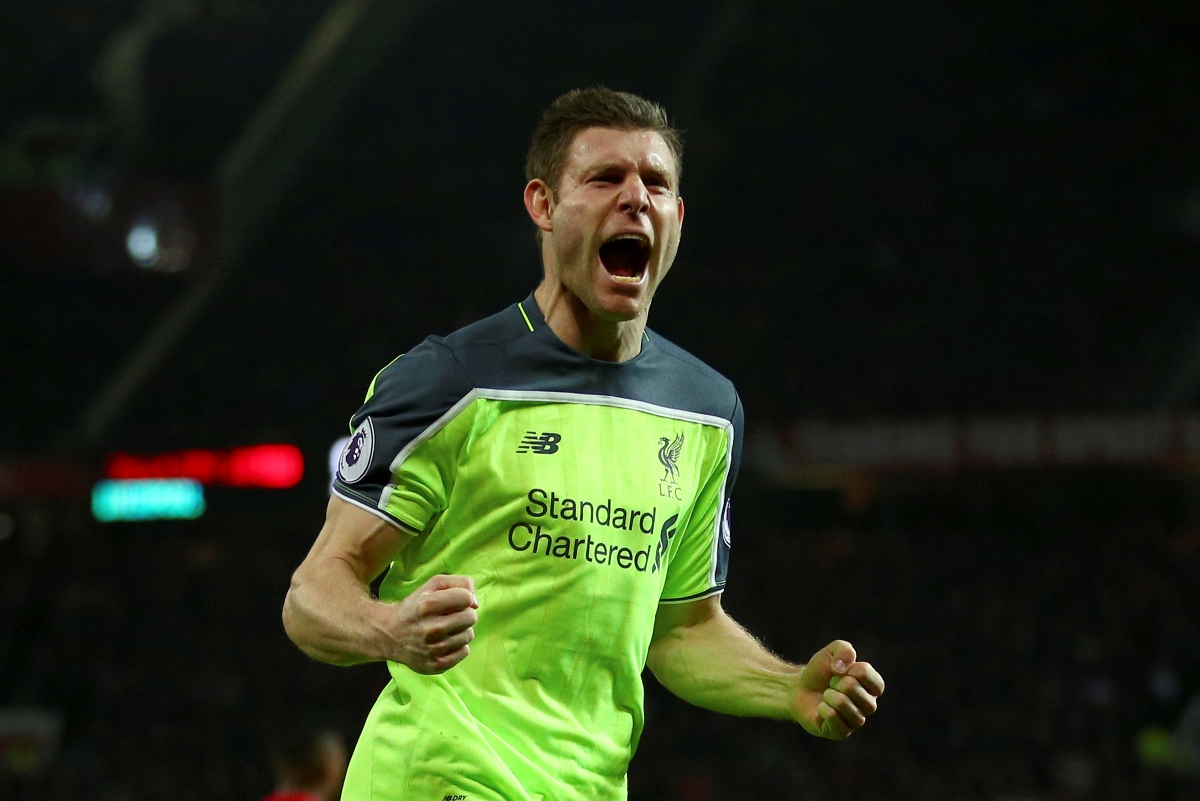 Rescue him from the anonymity of left-back – until he takes a penno, that is – and dump him in that midfield, where he will be boring for some but brilliant for Liverpool’s needs.

Together with his industry and famous versatility, the man can hit a pass and deliver a cross when needed and is surely a better bet than the ineffective Can. Maybe park him at left-back instead.

In any case, Klopp has identified this as a problem position as our highest-rated Liverpool whisper has Borussia Monchengladbach defensive midfielder, Mahmoud Dahoud, at 2.3.

Forget him until the summer. It’s Milner time.