It always felt like a matter of when and not if Moussa Dembélé would return to the Premier League.

The French forward made his debut in the English top-flight as a teenager during 2013/14 with Fulham. However, it wasn’t until the 2015/16 campaign that the former Paris Saint-Germain academy starlet really found his groove.

Playing in the Championship, Dembélé netted 17 goals 46 matches across all competitions and had clubs queuing up to sign him on a free transfer after his contract with the Cottagers came to an end.

In what was a surprise move, the Parisian went north of the border and joined Celtic. After tearing it up as Brendan Rodgers’ main man, links to Chelsea, Arsenal and Brighton & Hove Albion emerged. But Dembélé made the move back to his homeland, joining Lyon in a deal believed to be in the region of £20million.

But, just as he did with Fulham and Celtic, he’s already outgrown OL, with the Ligue 1 side currently in transition having sacked new manager Sylvinho after just nine matches in charge. According to reports in The Daily Express, Dembélé is eying up a return to England. 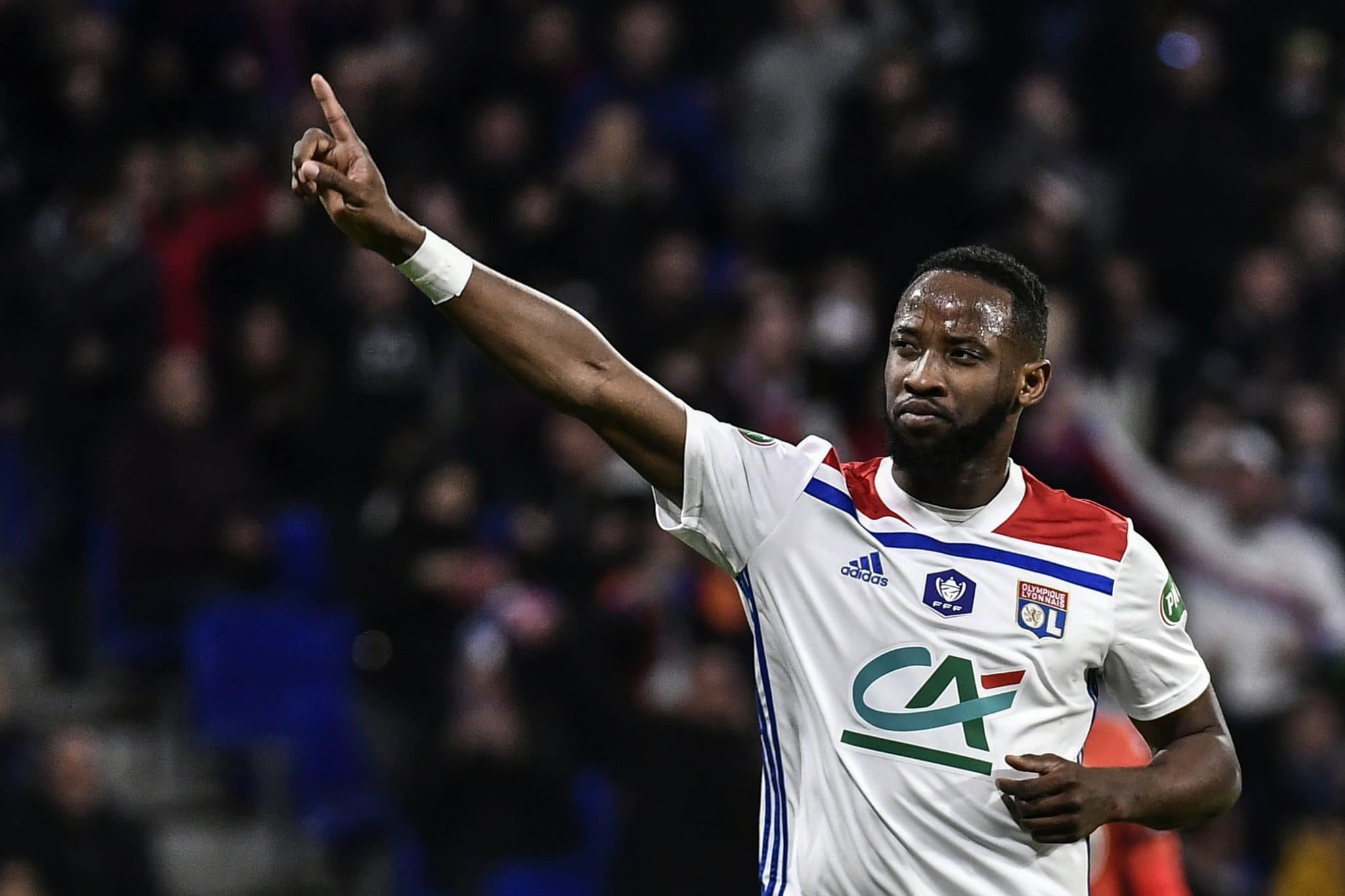 Manchester United are long-term admirers of the 23-year-old and are believed to be mulling over whether or not to spend £50million on the Lyon No.9. But they aren’t the only Premier League side interested in the France Under-21 international. Everton are also keen with Marco Silva looking to get his team firing after a sluggish start to the season.

With a move back to England now looking closer than it ever has, we weigh up whether it’s the right time for Dembélé to return.

The former Celtic star is in fine form this season. But he has been since the turn of the year. Some initially felt he was running hot and his form would plateau with his expected numbers not being amazing. However, Dembélé shows no signs of stopping. 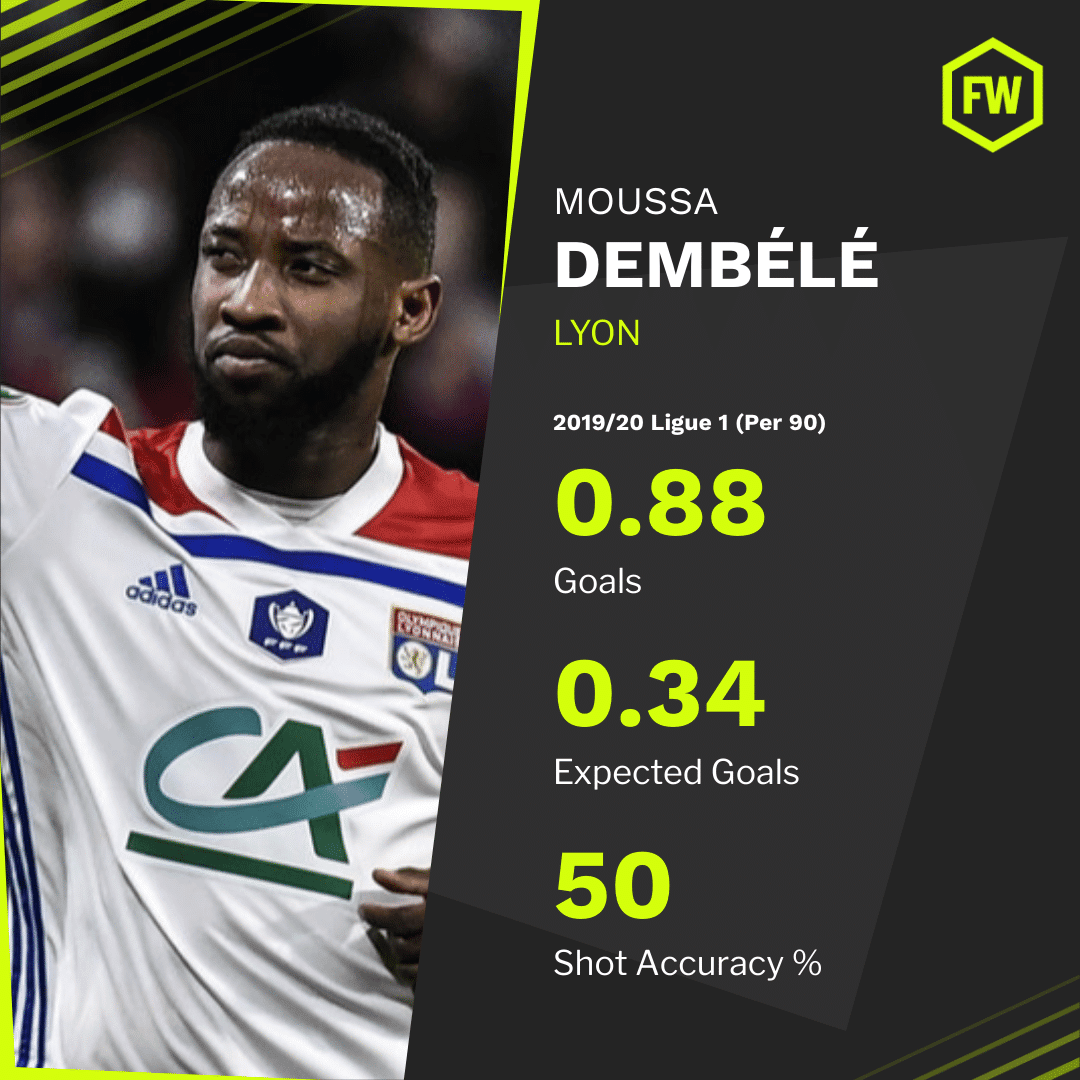 Upon signing for Lyon, the club’s new No.9 got off to a dream start, netting a double in his second start. However, he only managed a further four goals before the winter break.

After that, he struck 14 times, including a last-minute winner in the derby against Saint-Étienne. And he has six to his name this season already.

Dembélé’s form is sustainable, even if his numbers might not suggest it. Last year, his expected goals average was just 0.03 more than his actual goal output. Since returning to France, he’s bettered his underlying numbers. It shows he’s not just in form, this is what he does. He’s a proven goalscorer who makes the most of his opportunities.

In the modern game, so many get hung up on forwards doing more than just scoring goals. In some ways, being able to put the ball into the back of the net is an underrated trait.

That isn't to suggest Dembélé is little more than a goalscorer. His link-up play is exceptional, he occupies multiple defenders and he's comfortable in wide areas. He's a quintessential No.9. Provide him with opportunities and he'll score. Build an attack around him and those he's linking with will thrive.

He can feed off scraps, too, as evidenced by his over-performance when comparing goals to expected goals. He doesn't need to be in the best team to be a threat. That alone is something of a lost skill these days.

Even at £50million, Dembélé would eventually be a bargain. Everton and Manchester United should do whatever it takes to convince him that they're the club that can help him break into Didier Deschamps' France squad. He's certainly the player to help fire them up the table.