The bombast began immediately. “This is not a dream job,” José Mourinho declared to the world's media at his unveiling as Manchester United manager in July 2016.

“The reality is that this is a job that everyone wants and I have it. The challenge doesn't make me nervous. My history was always to live with big clubs' expectations.”

The press conference was classic Mourinho: pompous, combative and contentious. If there was a question he didn't agree with, he would explain why the reporter was wrong to ask it.

That brazen, unwavering self-belief is what made Mourinho so successful. His way was the only way, there could be no compromise. And once he made the players believe it trophies would follow.

Yet over the years, Mourinho's message stopped getting through. Modern-day players are thin-skinned, of that there is no doubt. They must be mollycoddled and their brand protected.

Instead of adapting his man-management style to suit the changing dressing room, Mourinho doubled down on his authoritarian, drill sergeant approach.

The criticism of individual players became more frequent. The treatment of those who didn't follow his instructions to the letter became harsher. Leave pre-season training to be at the birth of your child, as Anthony Martial did this summer? Expect a public dressing down.

United's hierarchy are far from blameless for the club's current situation.  They ignored the huge warning sign that was his demise at Chelsea in 2015.

The Portuguese fell out with key players – none more vital than Eden Hazard – and dragged the club's image through the mud after his touchline row with physio Eva Carneiro, who ended up settling out of court on a claim of constructive dismissal.

When he was sacked, on December 17, Chelsea were 16th in the table, one point above the relegation zone.

Six months later – and despite taking little blame for the mess that he left at Stamford Bridge – Mourinho was given the job at Old Trafford.

The club gambled that he would change, both on and off the pitch, for Manchester United. It was a foolish move. 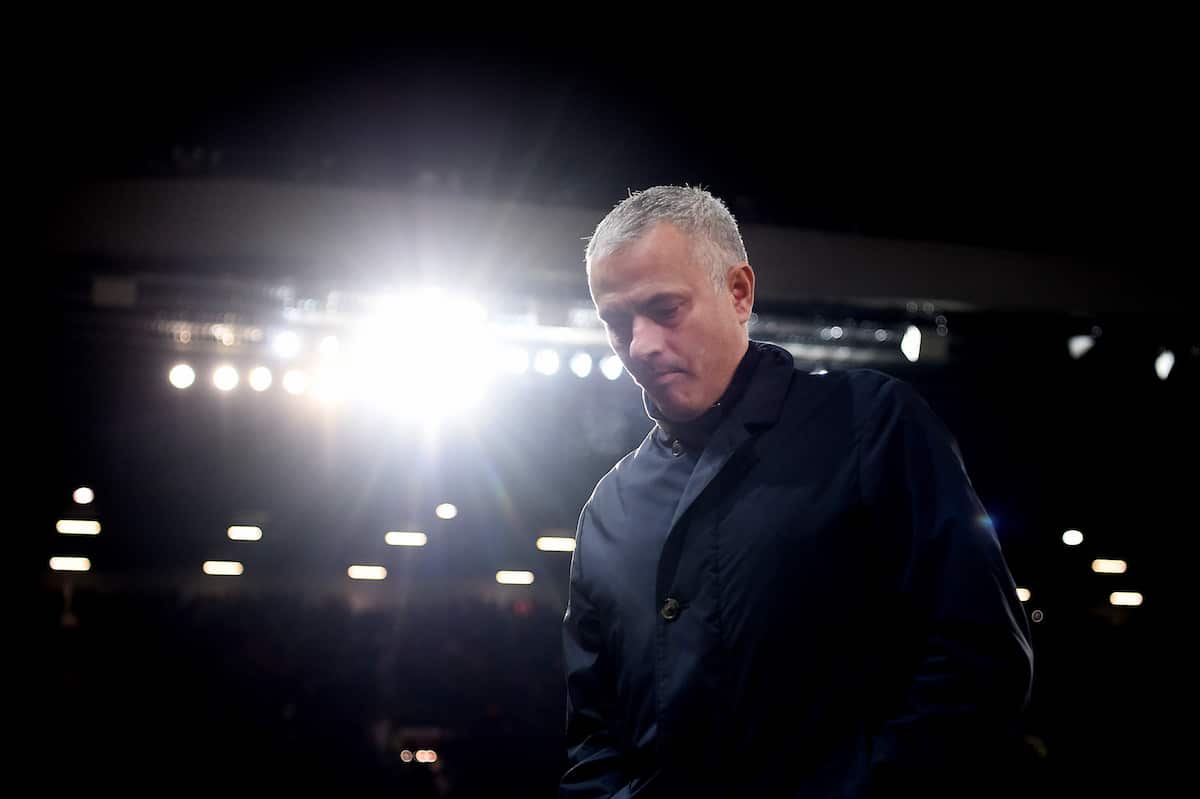 Yet the methods that proved so successful at Chelsea (the first time around) and Inter Milan are relics of a previous era.

His biggest rival, Pep Guardiola, altered football in 2008 when appointed Barcelona boss. The Catalan coach's desire for his team to dominate games through possession and intense, high pressing instigated a change that has swept through the game.

The top coaches in Europe followed Guardiola's lead. A well-structured and aggressive attack really was the new form of defence. Mourinho, however, stayed steadfast in the belief that his way is the right way despite plenty of evidence to the contrary.

Games against Tottenham Hotspur, Manchester City and Liverpool this season highlighted how far Mourinho had fallen behind his contemporaries in the Premier League. United's plan was containment and little else. It was analogue football in a digital age.

Given the calamitous end to his second stint as Chelsea boss and his failings with United, it's difficult to see where Mourinho goes from here. There are reports of a possible return to Inter while Real Madrid have also been linked. But Mourinho isn't the man to take either club forward, not in 2018.

Perhaps the most sensible move would be to take a couple of years away from the game.

Mourinho has never been out of work for more than a year since he took charge at Benfica in 2000. He's never had a Guardiola-style sabbatical – a prolonged period to reflect and reassess. It could be exactly what he needs.

Clearly – no matter how badly things have gone for him in recent years – Mourinho has a sharp tactical mind. No manager is as successful as he once was without one. But he needs a new blueprint and to understand what makes the modern-day player tick.

A sustained break from the day-to-day world of elite-level coaching could allow Mourinho the chance to reinvent himself and challenge the likes of Guardiola, Jürgen Klopp and Mauricio Pochettino.

Yet you doubt his ego would allow such introspection.