The winds of public opinion have always blown strongly against José Mourinho. It's never bothered him. In fact, he has always revelled in the attention, clearly subscribing to the credo that “all press is good press”, ensuring he remains placed firmly in the limelight.

Being questioned in open forums only presents the Portuguese manager with the chance to forcefully offer a riposte, an opportunity to dictate the narrative in his favour and foster an us-against-the-world mentality within the club he represents. He's never more at home, more in his element, than in such situations.

However, lately, Mourinho's public utterances seem to have done him more harm than good. His attempts to rationalise the recent performances of his Manchester United side, and to add perspective to the progress he has made at Old Trafford, have only served to expose a self-preservationist agenda.

Mourinho's drive to present himself as a near-infallible coaching mastermind has long been known and accepted. But his rhetoric has always been carefully wrapped in the kind of political spin that played on the biases, desires and fanaticism of his club's supporters.

But his most recent claims are uniquely bizarre in that, while typically self-serving, they appear to have disgruntled United fans due to the implication that under-performance should be an accepted reality.

After being eliminated from the Champions League at the last-16 stage by Sevilla, slumping to a 2-1 defeat at Old Trafford in the second leg, Mourinho decided to launch a defence of his side (and, indeed, himself) by insisting the Red Devils lost to a team of greater European pedigree. He also listed his own past successes at Old Trafford with other clubs as evidence of why United have no divine right to a place in the last eight of Europe's premier club competition.

“I sat in this chair twice in the Champions League after knocking out Manchester United [in the last 16] at home, at Old Trafford. In this chair with Porto [in 2004] and Real Madrid [in 2013], they are out both times. It is not something new for the club.”

This strange assertion reminds of the old adage that “you can prove anything with facts”.

It is true United have not been among Europe's best eight teams for some time, and Sevilla have indeed won three Europa League titles recently, but few players remain from those triumphs. The side that remains is one which, at the time of their visit to Old Trafford, sat fifth in La Liga, closer to 12th-placed Espanyol than Valencia in fourth, owning the worst defensive record in the top nine, and having scored fewer goals than every side in the top half bar over-performing minnows Eibar.

Regardless of Mourinho's protestations, this was a Sevilla side there for the taking, fragile defensively and blunt in attack. Yet United mustered only four shots on target across both legs. In presenting a macro defence of his side's elimination, he deliberately skirted over the micro reality of a tie his team should have won.

Upon his appointment, no one expected Mourinho to bring free-flowing football to Old Trafford – that's never been his style. The football his teams espouse is often more functional than fun, all geared towards the bottom line – results. But when the results don't follow, there is little left to cling to.

Mourinho is able to point to genuine progress at Old Trafford. He took charge in difficult situation with the club still reeling in the instability triggered by Sir Alex Ferguson's 2013 retirement.

In the Portuguese's first season at the helm, a sixth-place Premier League finish was offset by victory in the League Cup and a first Europa League win. And this season, despite disappointment in the Champions League, United are in the FA Cup semi-final and, sitting relatively comfortably in second, on course for their highest league finish since Sir Alex Ferguson retired.

But the progress has been glacial. Renowned as a manager who all but guarantees short-term gains, and backed with more than £300million in the transfer market, it is reasonable to suggest more was expected by this stage. 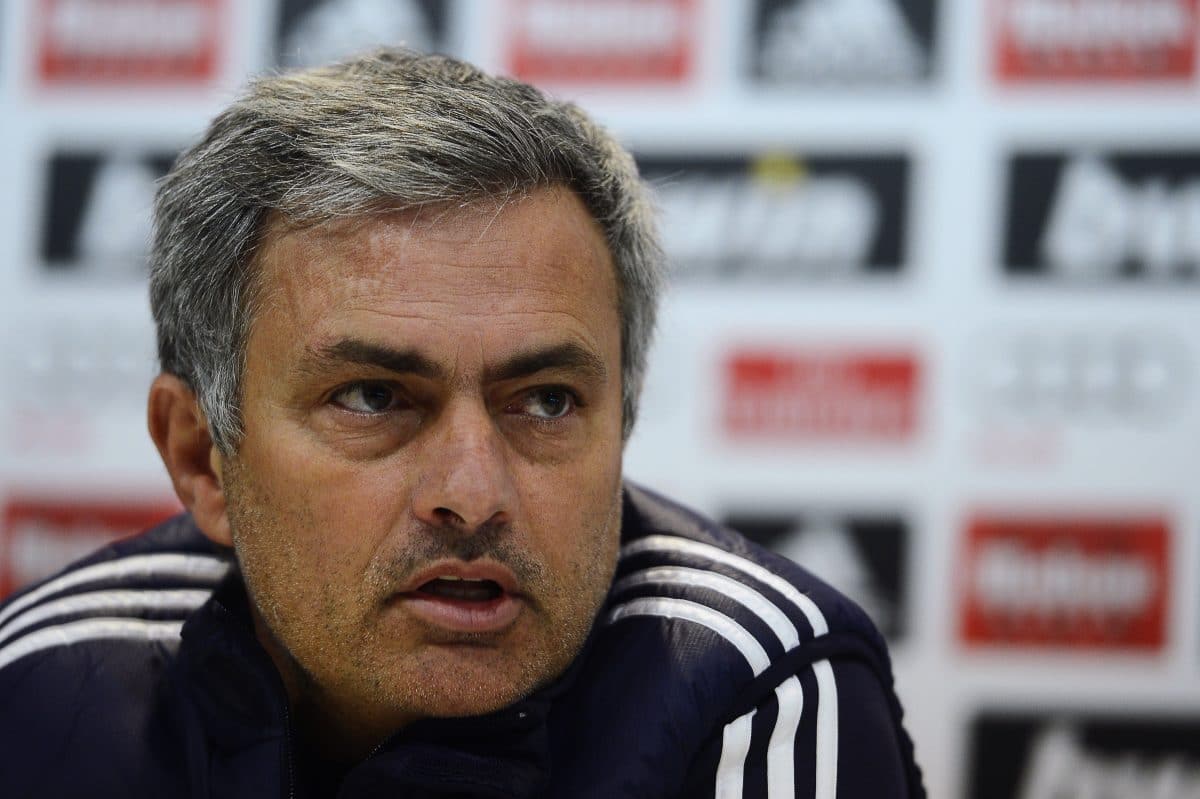 In what looks like a self-preservation misstep, Mourinho launched into a 12-minute monologue about “football heritage” during a press conference in the build-up to United's FA Cup quarter-final against Brighton & Hove Albion at Old Trafford.

Mourinho has more than once pointed to the situation Pep Guardiola finds himself in across the road at Manchester City, suggesting the Catalan tactician found a healthier squad at the Etihad than the one he took charge of at United, while also receiving greater backing in the transfer market.

Of course, Mourinho is not incorrect. But in highlighting these issues he is, on some level, exposing his own failings.

“Do you know what is also heritage? [Nicolás] Otamendi, Kevin De Bruyne, Fernandinho, [David] Silva, [Raheem] Sterling, [Sergio] Agüero. They are investments from the past, not from the last two years,” he said.

“Do you know how many of United players that left the club last season? See where they play, how they play, if they play. That's football heritage.

“If the clubs in a better situation than us stop investing and we invest, we can be side to side. If they keep investing the same or more than us, it's difficult. It's as simple as that. It's difficult.”

City have gone to another level this season and no one would reasonably expect any side to be able to overhaul them, such is their dominance. But Mourinho's assertion he is essentially powerless unless able to outspend to bridge the gap suggests he isn't able to make gains on the training ground, through astute tactical planning and improvement of individuals.

The former Chelsea and Real Madrid boss can certainly point to having aided growth in a handful of his charges, with Jesse Lingard, Scott McTominay and Ashley Young the most notable.

But the stagnation many of the flair players at his disposal have suffered is worrying. It seems as though he is still able to get a tune out of the kind of disciplined, hard-working players who are able to follow distinct, conservative instructions to the letter, but many of United's more creative stars – like Paul Pogba, Anthony Martial and Alexis Sánchez – have been unable to sustain form.

If Mourinho intends to spend big to narrow the chasm City have opened up, he will need more of these kinds of gifted individuals among his ranks. He could hardly dispute being asked to demonstrate an ability to accommodate and utilise more skilful players before being given the keys to the treasure chest to buy more, though.

United's 2-0 victory over Brighton at the weekend booked their place in a Wembley FA Cup semi-final against Tottenham Hotspur. But the Red Devils' insipid display only drew further criticism.

Mourinho, too, was dissatisfied. But, once again, his effort to place responsibility for the performance elsewhere – this time firmly on his players – highlighted his own ineffectiveness.

“When I spend two days working on a faster building gap, between the lines, that depends on the defenders and the movement of the attacking players,” he said. Here attacking players hiding behind players, defenders playing square passes taking 10-12 passes to go to another line.”

The players must carry the can for their individual displays. But Mourinho's post-match comments seemed to suggest his instructions are not being carried out – he is demanding more from his players but they're not delivering. This is the kind of observation many make from the outside when a manager is on the brink, all the more startling when uttered by the manager himself.

This isn't to suggest Mourinho's time in charge at Old Trafford is coming to an end or, indeed, that it should be. There are few obvious contenders to replace the former Porto coach who could guarantee an upturn, while the powers that be at Old Trafford, given their recent track record, can hardly be trusted to make the right choice of successor.

But reports of dressing room unrest, sparked by his treatment of left-back Luke Shaw, who was substituted at half-time against the Seagulls and once again picked out for individual criticism, comes amid a general feeling of dissatisfaction among many fans.

Mourinho's us-against-the-world mentality is in danger of becoming defended only by an army of one.