He held three fingers aloft in representation of the three Premier League titles he has to his name, and revelled in pointing out his personal tally is greater than that of the division's other 19 managers combined.

He had a point, too: a two-time Champions League winner, a domestic champion in four different countries with 25 honours to his name in less than two decades of top-level management, deserves to not only be revered, but to also be given the benefit of the doubt during a difficult period.

But in reminding us all of his glittering past, insisting it should afford him greater leeway than a less successful coach, Mourinho also served to bring to memory previous instances in his career when things began to go similarly awry for him, at similar points in past tenures.

The inevitability of a third-season meltdown wherever Mourinho takes charge has become a cliché; it is not, of course, always true that he oversees capitulation in his third year with a club.

At Porto in 2004, for example, he left for Chelsea as a Champions League winner and the Portuguese club went on to win the league in four of the next five seasons; and he departed Inter Milan after securing a Treble in his third and final season – although the decline of the ageing squad he left behind (comprised of nine players over 30 and only five under the age of 25) led to subsequent Serie A finishes of second, sixth and ninth.

But both his spells at Chelsea and his stint at Real Madrid went very sour, very quickly in their third seasons. What should be concerning United executive vice-chairman Ed Woodward and the Old Trafford hierarchy is that many of the hallmarks present in the lead-up to Mourinho's previous scorched-earth exits are now abundant in Manchester.

From the rumours of rifts with star players to bizarre press-conference rants, from rancour with his employers to sliding performances on the pitch – the signs are there. And while Mourinho has a wonderful track record of short-term success at the highest level, what his resumé lacks is evidence that he is able to arrest such downturns.

Mourinho is now the bookmakers' favourite to be the next Premier League manager to leave his post, and only his most ardent defenders see his Old Trafford reign stretching beyond May.

As such, United would be better served to sever ties now, as neither the past nor the present offer anything to suggest the club will suddenly shoot into a steep enough upward trajectory to challenge for the title or Champions League under Mourinho.

United do, of course, have more and bigger problems than Mourinho. The Glazers' ownership continues to see the club put profit before performance as debt is serviced and dividends reaped; in Woodward, they have a former banker overriding the footballing decisions of one of the game's most successful coaches; and the 20-time champions of England are a rudderless ship without the joined-up thinking and astute direction which could be offered by an experienced director of football.

Then there is the matter of an expensively assembled and thoroughly well-compensated playing staff continuing to underperform individually. Granted, much of the blame for the squad so often appearing less than the sum of its parts must be attributed to the manager, but the players themselves, as a matter of professional pride, should hold themselves to higher standards. 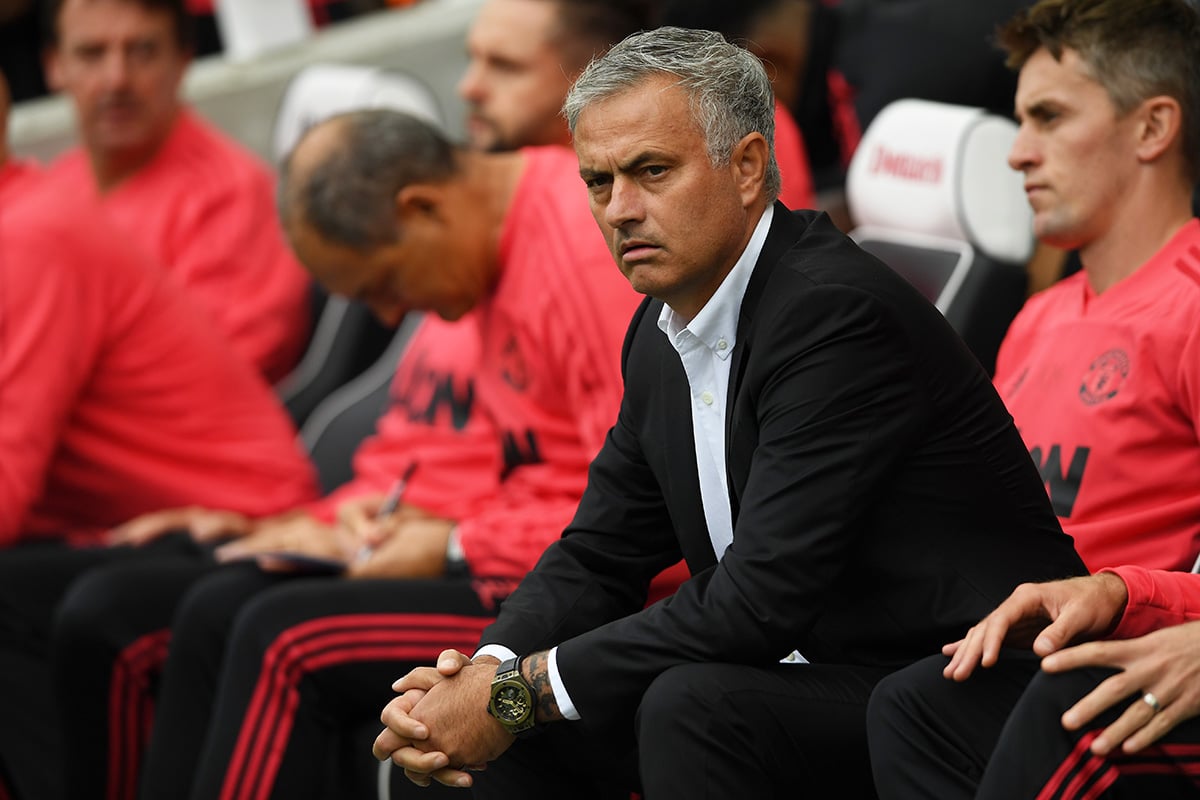 But of United's myriad current ills, the Mourinho issue is the most solvable: the Glazers can be protested against, but they cannot be voted out; Woodward's business sense and commercial success seems to have afforded him carte blanche over the day-to-day running of the club; and you can't sack 25 players and start anew – especially outside of the transfer window.

The latest reports suggest United currently have no plans to review their managerial situation, with the higher-ups encouraged by United's first-half performance against Spurs, in which they pressed with renewed vigour before going in at the break level at 0-0.

This, of course, was Mourinho's assertion, with the manager claiming “by the strategic point of view we didn’t lose, by the tactical point of view we didn’t lose, but we lost the game.” However, for a manager who has built a career on pragmatism, on substance over style, on results as the only true measure of success, this philosophical about-face jars.

For the first time since the 1992/93 season – in which Alex Ferguson's Red Devils went on to claim a first Premier League title – United have lost two of their first three league fixtures. Their only win, at home to Leicester City on the opening weekend of the campaign, raised concern in itself due to the fact the Foxes enjoyed more possession and took more shots than their hosts.

And United had not conceded seven goals in their first three league games, as they have this season, for 49 years. They currently rank 13th in the Premier League for expected goals (xG) – the statistical measure of general chance quality – with less than half of Liverpool, Manchester City and Tottenham‘s totals, and defensive frailties are evidenced by their tenth-ranking xG conceded.

This is a team blunt in attack and porous at the back. This is a team who too often appear one-paced and bereft of ideas, slow to react when danger approaches and slower still to respond to going behind.

Mourinho will contest that such problems would have been remedied had he received the backing he desired during the summer transfer window. He had earmarked the right wing and the centre of defence as areas for improvement and handed Woodward a list of preferred targets, only for none to be delivered.

This is where one feels a degree of sympathy for the United manager: according to widespread reports (the prevalence of which hinted at a briefing from Woodward), Woodward took the view that Mourinho's targets were either too short-termist or no better than the options he already had.

Here, the diametrically opposed recruitment philosophies of club and manager were exposed: Mourinho wants ready-made upgrades; Woodward wants longevity and resale value – or, in the absence of either, marketing appeal. The chasm between the two lines of thought has no bridge, meaning should Mourinho stay, the man for whom compromise is a four-letter word will have to bend to his employers' will.

So, it seems, a parting of the ways is inevitable. Sacking a manager after three games of the season is not the move of a stable club, and admitting defeat on a third appointment since Ferguson's 2013 retirement would reflect badly on the club's decision-makers.

Indeed, Mourinho appeared the perfect man to succeed Ferguson, possessing the requisite self-belief to follow in such hallowed footsteps and owning the kind of track record which would have commanded respect from a dressing room in transition.

Allowing the season to further descend is potentially even more damaging than the PR hit United would take for his dismissal. Mourinho is not United's only problem – far from it – but he can certainly no longer be positioned as any kind of cure.