Andreas Pereira would have been forgiven for thinking this season would be different.

At long last, the Belgium-born Brazilian seemed set for a prominent role at Manchester United.

In 2017, the midfielder, eager for regular starting football, boldly defied José Mourinho and pushed for a loan move to Valencia.

He impressed for Los Che and while he may not always have been a guaranteed starter in Spain, he offered enough that United fans dreamed of him adding flair to a Red Devils midfield that, under Mourinho, has so often lacked imagination and fluidity.

After his adventures at the Mestalla, Pereira returned to United with renewed hope and, when Mourinho began playing him in pre-season, it looked as though the 22-year-old was going to get his big break.

And he did. In this season's Premier League opener, Pereira started alongside summer signing Fred and Paul Pogba in a new-look United midfield. Admittedly, Nemanja Matić and Ander Herrera were missing but Pereira had still been given the nod ahead of Marouane Fellaini and Scott McTominay.

As the ‘pivot' in United's midfield three, Pereira impressed, his positional awareness sound and his passing crisp and progressive. The youngster's tactical discipline allowed Pogba and Fred to roam into the attacking third and while the aforementioned duo were eventually hooked off, Pereira played the full 90 minutes.

Luke Shaw took the man of the match award after scoring his first goal for the club, but Mourinho seemed more enamoured with Pereira's contributions, describing his performance as ‘phenomenal'.

Considering how the Portuguese coach has regularly launched withering assessments of his players' performances during his United reign, it was high praise indeed.

Unfortunately, Pereira's run in the starting line-up was brutally cut short after a chastening 45 minutes at Brighton & Hove Albion. He struggled at the Amex but so did his teammates. Yet, along with Juan Mata, he was subbed at half-time. 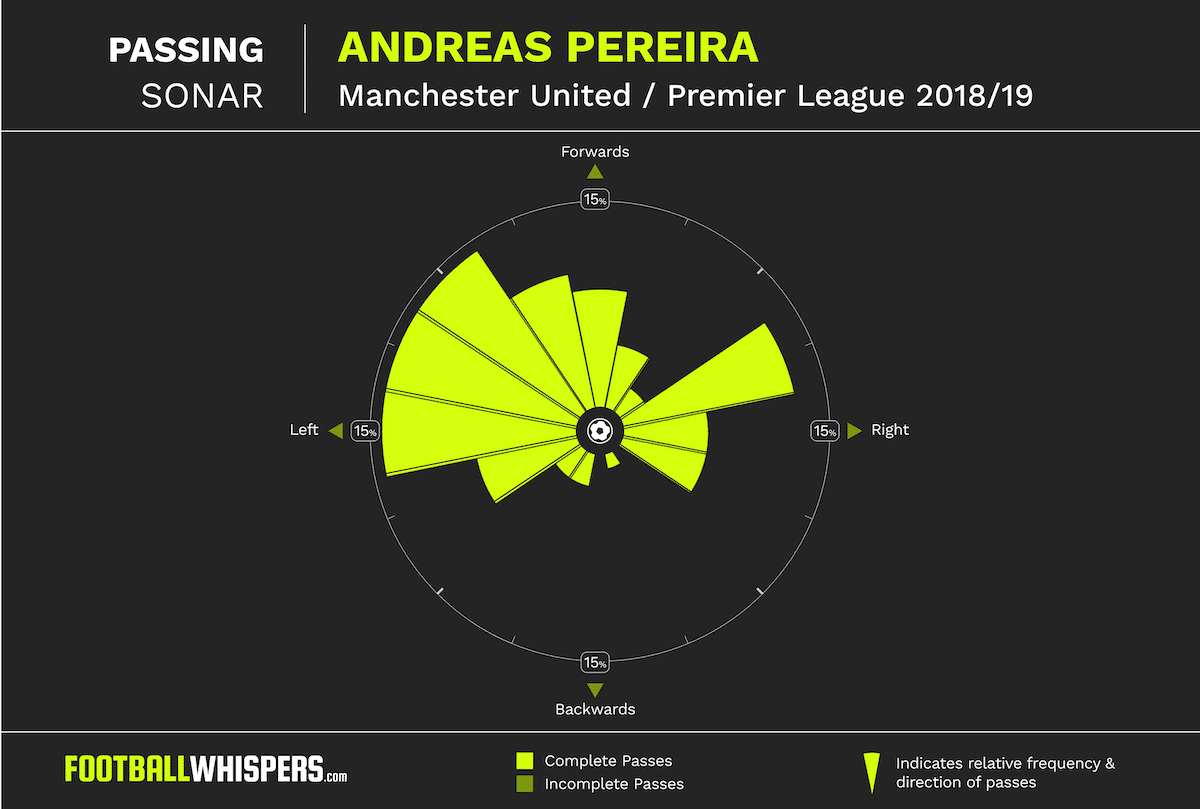 More than three months later, barring a trio of brief cameos against Young Boys, Wolves and Chelsea, Pereira has not featured.

That Pereira has not been afforded the chance to atone for that display says a lot about Mourinho's man-management. In the space of a few weeks, he had gone from raving about Pereira to effectively ostracising him from the team.

Now, with the midfielder's contract set to expire next summer, he is being linked with a move to Chelsea, Arsenal and Tottenham Hotspur. At one stage, Pereira looked as though being the strongest candidate to be a deep-lying playmaker in Mourinho's 4-3-3.

Now, United are now in danger of losing him to a Premier League rival for nothing while Mourinho persists with Matić, a player who, as Ryan Baldi of this parish discovered, is no longer fit for purpose. The visit of Derby County to Old Trafford in the Carabao Cup seemed like a match in which Pereira could redeem himself.

Instead, Matić started while Pereira failed to make the squad.

Having played predominantly as a winger for Valencia, the Brazilian's ability to slot into the holding midfield with aplomb role against Leicester provided evidence that there was talent with which Mourinho could work.

Now, though, United fans are bemoaning a deeply lamentable situation. There doesn't seem to be a way back into the first team for Pereira and, considering he turns 23 in January and made his international debut in September, nobody could blame him for wanting out.

Pereira's display against Leicester wasn't a game-changer, but it was solid enough to suggest that he had carried his pre-season form into competitive action and that things were finally moving in the right direction.

Unfortunately, the manner in which he has been frozen out of the team suggests he'll soon be headed for the exit door. Given how Mourinho has allowed promising – if a little raw – prospects to slip through his grasp before, the United boss is playing a risky game.