Motherwell vs Queen of the South: Our top picks

Motherwell to make it two wins from two

Last season Motherwell had a pretty disappointing campaign in the Premier League whilst Queen of the South were somewhat mediocre in the league below. Motherwell had been on a four game winless run but they beat Queen's Park last time out to end that and will sense this match as one that can build momentum for them; Queen of the South are hardly in brilliant form either. The away side have won just two of five and have lost to Motherwell in their last three meetings.

The match will be extremely tight

Our first prediction backs Motherwell to win the game but we don't think it will be a particularly comfortable 90 minutes for the Premier League side. As we've touched on, their form has been poor of late and they'll need more than just the one cup win to correct their confidence. Their big problem has been goals. That will give Queen of the South some spark of life knowing they can give their hosts a game without getting picked off. Motherwell win win but only by the odd goal.

Backing the match to end 2-1

The last of our tips is the correct score prediction of a 2-1 Motherwell win. As we've said, their goals have been lacking of late but they'll need to fix that in order to win this match. Queen of the South have scored five goals in their last five games giving them an average of one per game with Motherwell keeping just the solitary clean sheet from their past five. That explains where the Queen of the South goal comes from; it's now a case of justifying the Motherwell ‘2'. In the last three meetings between the teams, Motherwell have scored at least that number; with their recent goal scoring troubles we're playing it cautious.

Find the bets odds for Motherwell vs Queen of the South

Motherwell come into a game off the back of a win for the first time in a while here. It should put a spring in their step to begin with but they'll need to make a quick start to keep that ‘feel good factor'. Defensively, they've been reasonable enough of late but a lack of goals is causing them problems; they really need new men Connor Shields and Kevin Van Veen to deliver. As for Queen of the South, their recent results have been mixed. They are perhaps a tad lacking at both ends of the field at the moment but what they do have is two young central midfielders that can play a bit; if Niyah Joseph and Calvin McGrory can get a foothold in the game then they'll stand half a chance.

Motherwell vs Queen of the South: A pre-game Q&A 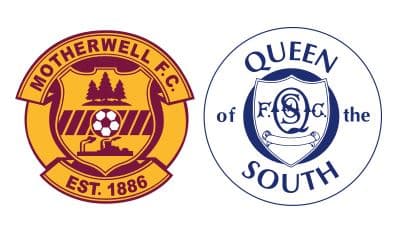