As you are likely aware, the Bundesliga is the top division for German football. With gladiators such as Bayern Munich and Borussia Dortmund participating in this league, it’s no great shock to see that some of the world’s greatest players have been involved in the Bundesliga in the past. But while much of the footballing spotlight gets placed on the very best players, we’d like to spend some time to highlight some of the most underrated Bundesliga players to have ever graced this league. Of course, by underrated, we mean that these are the players whose contributions have slid under the radar – until now that is.

Therefore, through the information discussed below, we’d like to describe some of the top 5 most underrated Bundesliga players, coinciding with their individual contributions to their respective teams. Believe us, you won’t be overly familiar with these guys, but when you look into their capabilities and contributions, it’s clear to see what kind of impact they had on the Bundesliga.

Without further ado, let’s jump right into it!

Our top 5 most underrated Bundesliga players

Rather than hit you with 10 or 20 players that haven’t received the recognition they deserve in the Bundesliga, we’d like to keep things more compact and identify just 5. With that said, these are the 5 whom we feel really missed out on the spotlight and subsequent headlines, despite their performances. So, let’s get started with player number one.

Many Bundesliga fans have fond memories of this superstar. Hailing from Brazil, Rafinha was a God-send for Bayern Munich during his time there, and just for the record – we are referring to the Rafinha born in 1985 here! He enjoyed a spell at Bayern Munich from 2011 to 2019 during his time, and having propped up the squad at right-back, he was always contributing heavily to Bayern’s solid defence through this time. Within this period, Rafinha had 179 appearances for the club, and when you look back at his highlights – the guy's speed, commitment, awareness, and tackling abilities were almost unmatched. Without question, he is one of the most underrated Bundesliga players ever.

Sticking with South American players, here we have an Argentinian striker in the form of Lucas Alario. He is currently active in the Bundesliga, much like most of the other players on this list, and it’s fair to say that he is a pretty big threat when he steps onto the pitch for his current club – Bayer Leverkusen. In fact, for the 2020-2021 season, Alario managed to hit home 11 goals for his club, but he was always impacting the games he played in through assists, quick passes, and incredible skill. The cool thing about Alario is that he is an incredibly versatile player too, being able to do serious damage upfront but also fall back into an attacking midfielder role should he need to. 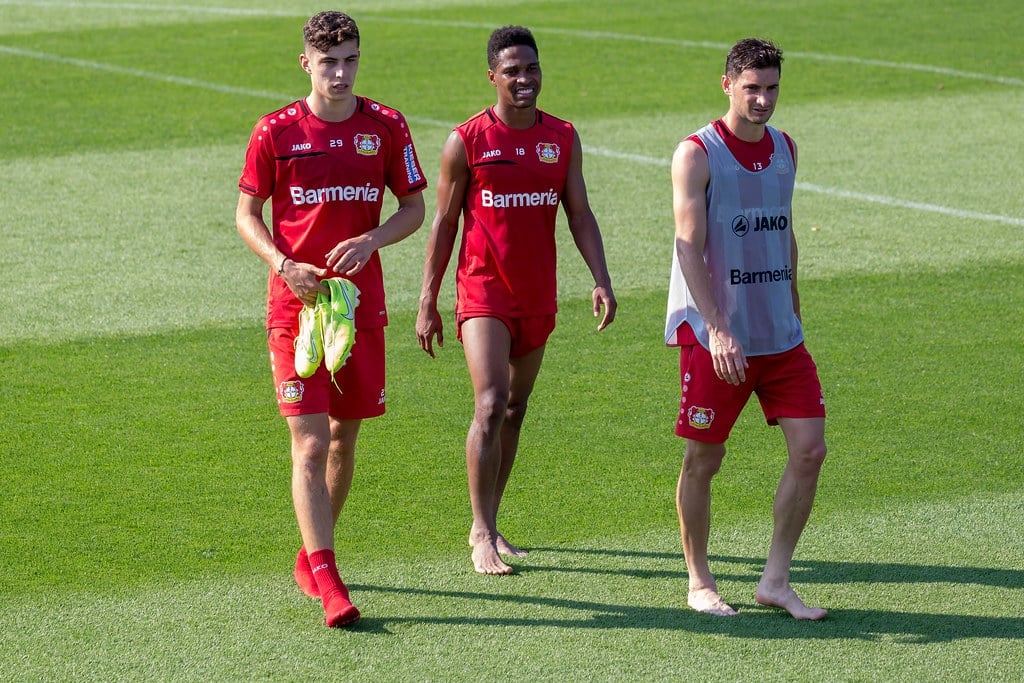 Let’s move away from South Africa now before we start to look a little biased! This time, we have Nuri Sahin who is one of the best midfielders to have emerged from Turkey through the years, although unlike other guys on this list, Sahin has had a more mobile career shall we say, as far as his clubs go. His best days were played out at Borussia Dortmund, and he even won the Bundesliga with them back in 2011, which is quite a feat. Having played on loan for other clubs including Real Madrid and Liverpool, Sahin was back at Dortmund from 2014-2018, before moving to Werder Bremen, and now moving back to play in his home of Turkey.

As you can see, he’s been extremely active in major European football leagues. But for us – the aspects that make Shain one of the most underrated Bundesliga players include his passing, his creativity, and his competitiveness on the field.

Here we have another midfielder in the form of Marcel Sabitzer, and he’s been much more loyal to clubs in his time compared to some of the others mentioned here. Having joined RB Leipzig in 2014, he has remained at the club ever since, playing for them a total of 175 times, at the time of writing. The awesome thing about Sabitzer is that while he is always able to move forward and attack the goal, he is incredible at holding the ball, using his strength to wriggle through opponents and pick out passes that can prove a threat to any team. He has also represented his country at the Euro Championships too, playing for Austria – which shows that he is a player that belongs on the big stage.

Finally, we have Nkunku – a rapid and very talented winger who currently plays for Leipzig. As it happens, Nkunku and Sabitzer prove quite the team when they are on the field together, with Sabitzer holding the ball well in the centre and Nkunku being able to charge down the wings and open up the defence. Before joining Leipzig however, Nkunku played for PSG, and he put in a string of awesome performances during his time there – hence the interest from Leipzig. And when the offer came in 2019 to move to the Bundesliga, Nkunku grabbed it with both hands. At 23 years of age, he has plenty of time to grow and develop his game too.

Are these players all currently active?

As it happens, all of these players are currently active, yes. However, they don’t all currently play in the Bundesliga, which is why they have made it onto our all-time list of most underrated players.

How have you selected these players from such a huge pool?

We have selected these guys based on abilities, statistics, and general contributions made to each of their respective teams during their careers.

When does the Bundesliga kick-off so I can watch some of these players?

The Bundesliga typically starts in August and runs right the way through until May of the following year.