The Most Underappreciated January Transfer XI of All Time

January. The month in which everyone’s bank accounts are as empty as their Christmas stockings. The Premier League, as ever, is an exception to the rule.

Unlike for Joe Public it is not a month for bargains in the football world. Selling clubs have all the power over would-be buyers, who are usually fighting mid-season fires by spraying them with cash.

Virgil van Dijk costing £75million is a prime example. All summer moves were quoted around the £50million mark, but Liverpool had to go higher to secure the man they wanted.

That said, there have been some wonderful January signings. Manchester United fans still talk of the double swoop for Nemanja Vidic and Patrice Evra in hushed tones, while Luis Suarez and Phllippe Coutinho were tidy bits of business indeed on Merseyside.

But what about those transfers that, upon further inspection, deserve a tad more credit? Those unsung heroes overshadowed by billboard names, or those gems who are first discovered by less-heralded clubs before hitting the big time? 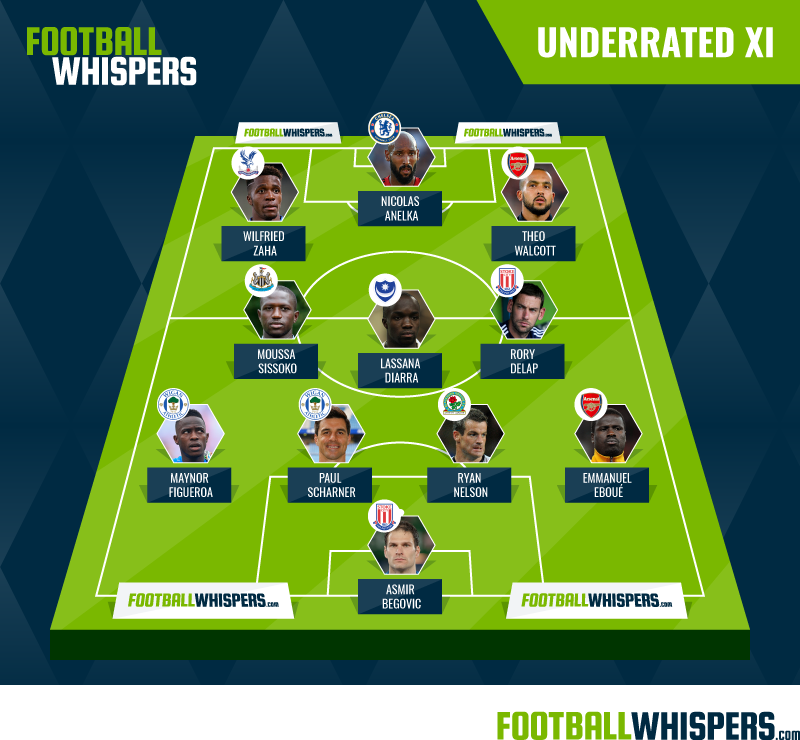 We’ve knocked together a composite XI of the most underappreciated Premier League transfers since the January window’s inception.

Asmir Begovic had only played 11 top-flight games for Portsmouth before Stoke City shelled out £3.25m on the obscure Bosnian goalkeeper.

Potters boss Tony Pulis quickly proclaimed him as the ‘best young keeper in the country’ having beaten Tottenham to his signature – who were bizarrely paid back the first instalment of his transfer after Begovic turned the north Londoners down.

The former Canada international went on to amass 173 appearances at the club and five individual gongs at the end-of-season award nights – a mark of a job well done.

You will even find his name in the Guinness Book of World Records for the longest-goal ever scored in football, when his hoof upfield caught both the wind and Southampton keeper Artur Boruc unawares in November 2013.

The 29-year-old is now protecting Bournemouth's goal after a spell as chief benchwarmer at Chelsea as Thibaut Courtois’ understudy.

The joker; the life and soul of the dressing room; the man who once asked the Queen if he could look after her Corgis. He was worth the money for that alone.

But delve beyond all that tomfoolery and the Ivorian, brought to the Premier League from Belgian club Beveren for a paltry £1.5m in 2005, was a superb servant for Arsenal.

He had his fair share of facepalm-inducing moments of course – no one would mistake him for the Ivory Coast’s answer to Cafu – but he is hardly a donkey to have appeared 214 times for the Gunners.

Another eccentric defender who had an unhealthy obsession with hair dye, Wigan could plonk Paul Scharner down anywhere on the pitch knowing they’d receive a steady, full-blooded performance.

In 2006, £2.5million wasn’t just spare change for a team in the lower echelons of the Premier League, but the man from Brann quickly become one of … well, the only wonder in Wigan.

Would the Latics have stayed in the top division without him during his five years at the club? Not a chance. Having left in 2010, he made a triumphant return three years later as Wigan beat Manchester City to win the FA Cup.

A Kiwi who had plied his trade in America for the previous four years, Ryan Nelson swiftly proved his love lay in round rather than oval balls when he joined Blackburn Rovers in 2005.

He helped Blackburn develop a mean streak in defence, forming the basis of rock-solid seasons that saw them finish as high as sixth before things started to unravel with the arrival of the Venky's.

Nelsen, who struck a brilliant partnership with fellow January snip Christopher Samba, could have played for a consistent top-half club and his move to Tottenham, at the age of 35, simply came too late.

But he will forever be a Blackburn legend, and what’s more, he didn’t cost them a penny in transfer fees.

Maynor Figueroa is another example of a canny piece of recruitment at Wigan, and the reason why they were able to punch above their weight for so long in the Premier League.

The Honduran was plucked from local club Olimpia for a nominal fee and never once looked out of sorts marshalling Wigan’s left flank in England.

He did not score often but when he did it was usually impressively, as his goal-of-the-season strike against Stoke City, from inside his own half, would suggest.

After more than five years of service, he joined former Wigan boss Steve Bruce at Hull City and is still going strong, signing a new deal with FC Dallas in December. 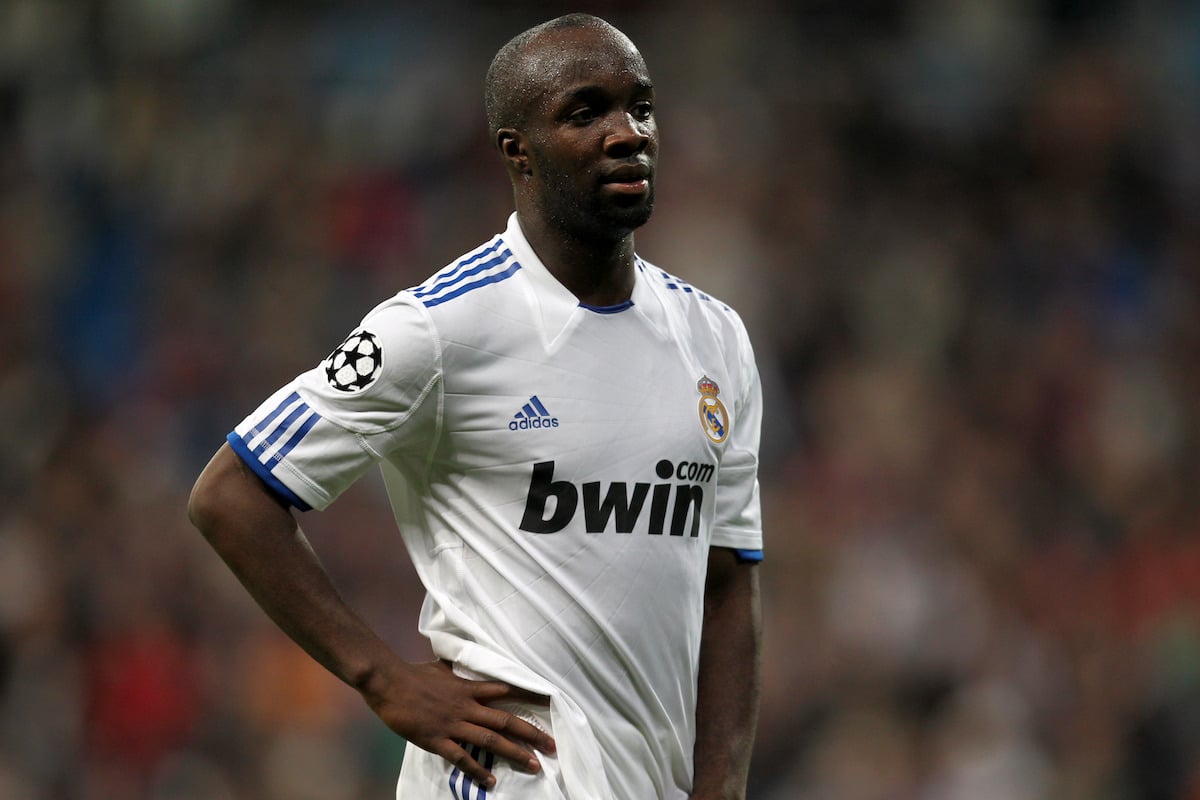 Lassana Diarra does not deserve a bust outside Fratton Park but his signature was one of the wisest financial decisions Portsmouth have ever made – though admittedly there are few contenders.

The Frenchman, who reportedly signed from Arsenal for a fee of £5.5million in 2008, promptly played every minute of Pompey’s glorious FA Cup campaign that ended in victory over Cardiff City at Wembley.

A classic midfield general, Real Madrid had thought they had found the successor to Claude Makelele when they snapped him up for £19million a year later.

It did not pan out for him at Madrid but Diarra, who was reborn at Marseille before jumping ship to Al Jazira, is still highly regarded and is now a Paris Saint-Germain transfer target. Available on a free, he could be an ideal January signing, again.

Everyone realises just how important Rory Delap was for Stoke in the days when Tony Pulis would consider it blasphemous for his players to pass the ball along the ground.

But the man primarily known for his big ears and bullet throw-ins was an unfair figure of fun in a period where Stoke were first establishing themselves in the Premier League.

The former javelin schoolboy champion was a steady midfielder too and, though we’re technically cheating as he permanently signed for Stoke while they were in the Championship, he deserves to be ‘thrown’ in here.

At one point during the club’s debut Premier League season in 2008-09, the ‘Delap special’ had directly assisted seven of Stoke’s 13 goals.

He had cost the Potters diddly squat from Sunderland, but made his exit in 2012 after making more than 200 appearances. Well played. 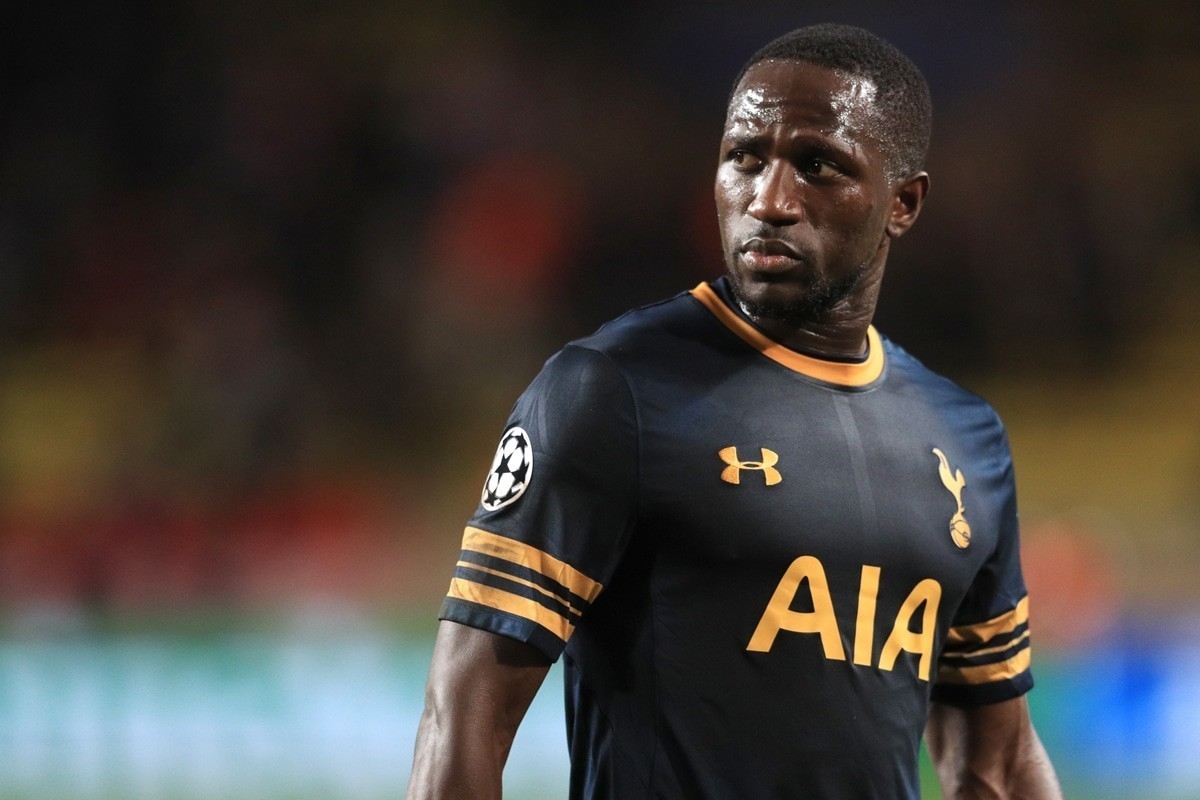 Some Newcastle fans hold Moussa Sissoko partly responsible for a miserable relegation campaign that saw many of their established stars carry themselves like anything but.

But when the France midfielder was hot, he was scorching. On his day, he can make the opposition look like they are running through treacle either in defence or attack.

Signed for a laughable £1.5m from Toulouse in 2013, Sissoko swelled his transfer fee tenfold after outshining France teammate Paul Pogba at Euro 2016 and Newcastle took £30m to the bank when Tottenham came calling. 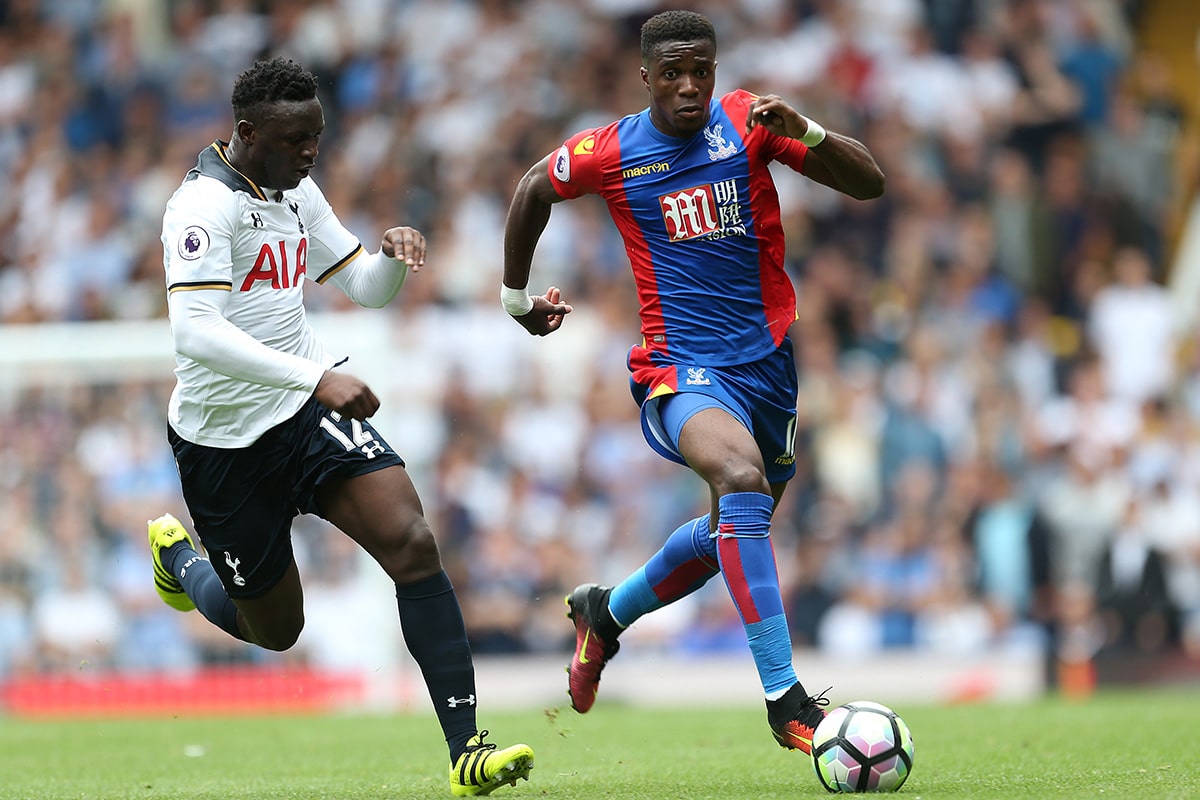 Crystal Palace came up with a novel way of keeping hold of youngsters – sell them to a top club knowing they are far too raw, then buy them back for half the price two years later.

That’s what the Eagles did after Sir Alex Ferguson’s last signing for Manchester United shrunk under the bright lights at Old Trafford.

After returning back home in 2015 Zaha’s chest is now rightly puffed out. Since his return he has been involved in 30 league goals and it has seen him linked with a move to several top six clubs.

Palace could go on to make a profit once again, cementing his place as an excellent piece of January business. 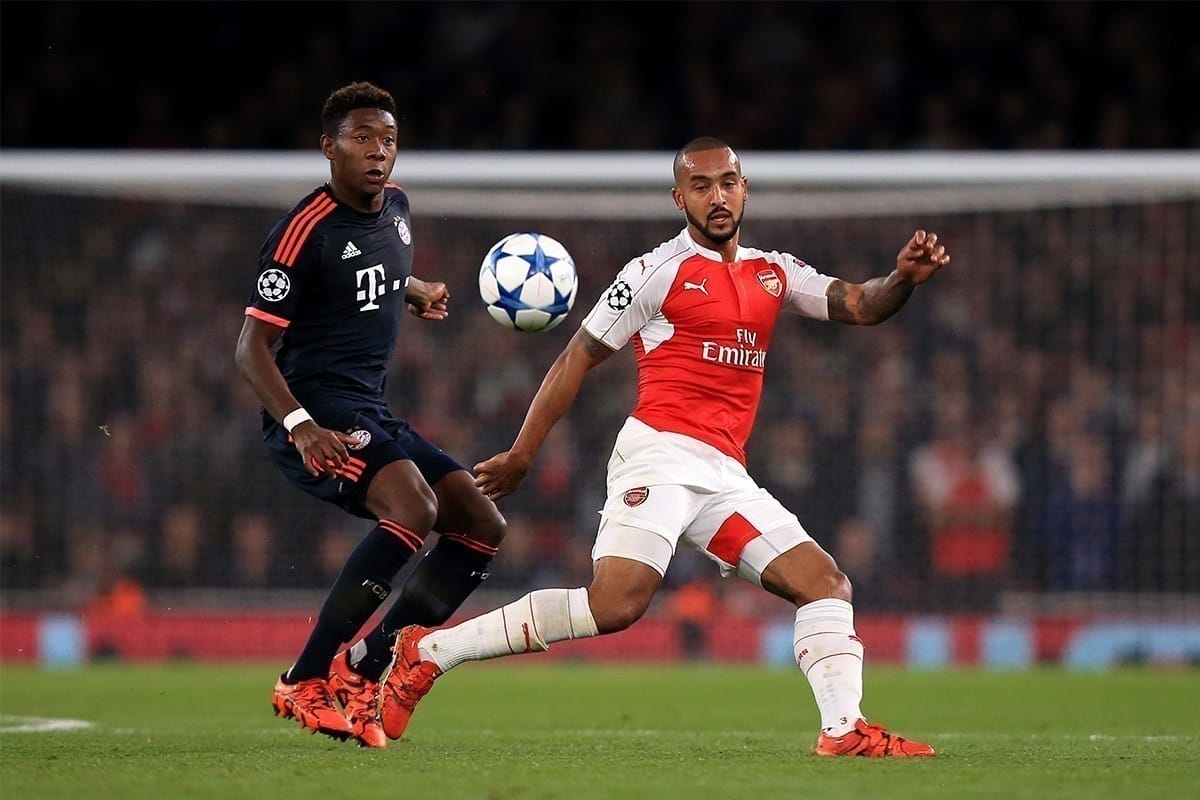 If he is English, the theory goes, he must be overrated. After all, people still question whether Wayne Rooney is really that good after breaking both Manchester United and England’s goal-scoring record.

In Theo Walcott’s case, the 16-year-old that signed from Southampton for £9m in 2006 never became the best player in the world, but he has made a good fist of things for Arsenal.

Injury has cost the England forward at crucial times during his career but at 28 years old, he has scored 108 goals for Arsenal in just under 400 games.

Terrific pace, an excellent goalscoring record while playing regularly on the wing, and more than a decade’s service. Take away the name and you’d consider him the bargain of the century.

Do you remember the time when Nicolas Anelka looked far and away the best striker in the Premier League – this century?

Le Sulk’s best days looked beyond him after he left both Arsenal and his teenage years behind in 1999 at the start of a nomadic career.

Nine years and six clubs later Chelsea splurged £15million on him and, at the time, he looked like a rather expensive complementary piece to main man Didier Drogba up front. He had not even been that good for Bolton Wanderers.

But during the 2008/09 campaign, with Drogba injured, Anelka turned his famous frown upside down and finished the season as the Premier League’s top-scorer with 19 goals.