Goals to be scored-2-3 Goals

Moroccans have not been disappointed by their team’s effort coming to the 23rd January fixture pitching them against Malawi. The Atlas Lions have gone for 32 games without defeat. Few people expected Malawi to make it from a group that had Senegal and Guinea competing for the first two positions. We have assembled for you betting tips, best odds, and predictions.

Our best free tips for Morocco vs Malawi

Malawi comes into this fixture on merit after securing a crucial point from Senegal. Morocco topped their group with seven points to make it to the round of sixteen. Suppose you want an idea of what to expect from this encounter, read through our in-depth analysis.

Morocco is playing like a team with vision. In the past 32 games, they have not faced defeat in regulation time. The Atlas Lions are yet to lay their hand on the African most coveted prize since 1976. The team features talented players who compete favorably in the European leagues. However, they are on top gears going into this game based on the kind of display that we have witnessed. Malawian team on the other hand features individual talents not found in popular European leagues. We expect Malawi to struggle against the Atlas Lions from the first minute of play.

The last four games between Morocco and Malawi produced 2.5 goals on average. Additionally, five of Morocco's games produced an average of 2.5 goals. Two of Malawi's last four games produced three goals each. The secret behind Morocco's success lies in a steady defense line. Safe for the last game where the Atlas lions had already qualified, Morocco only allowed in three goals after eight games. We anticipate that Malawi will not get onto the score sheet during this clash. Moreover, morocco will not score more than three goals. We expect that there will be 2-3 goals during this clash. 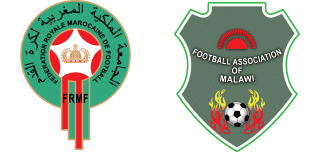 This game will be the 5th time for Morocco and Malawi to battle out for a crucial prize. In the last four encounters, morocco emerged victorious twice. Malawi is yet to beat Morocco in a competitive match after four attempts. It is worth noting that the Flames of Malawi have managed to secure two draws against Morocco. This run proves that Malawi is not a team to disregard. For instance, it showed a mature display against Senegal to earn a passage to this stage that giants like Ghana and Algeria missed.

We expect morocco to be given a run for their money because Malawi knows how to frustrate bigger oppositions.

FAQs about Morocco vs Malawi

Which stadium will host the clash between Morocco and Malawi?

What is the kick-off for the clash between Morocco and Malawi?

Which team dominated the previous fixtures between Morocco and Malawi?