Morocco will battle it out with Guinea Bissau in Round 1 of CAF Group I, World Cup qualifiers. The hosts have a game in hand coming to this fixture and hope to secure another three points to make it six points in two Group Stage fixtures. But can they do it against Group I leaders Guinea Bissau? We preview this fixture to provide our readers with the best predictions and betting tips.

The hosts bagged a 2-nil victory in the first CAF World Cup Group stage fixture against Sudan. On the other hand, Guinea-Bissau is currently the Group I leader with four points in two points. We have analyzed this game to come up with the best three predictions as follows:

Morocco and Guinea-Bissau have proven to be the best teams in Group I. Only a point separates these teams, albeit, the visitors have played one game more than the hosts. After a 2-0 victory in the first match, Morocco will look to secure another victory at home against table-toppers, Guinea-Bissau. However, we don’t think it will be an easy feat so a draw at the break is our first pick for the big game.

We are also tipping a one-sided scoring affair in this fixture. Even though these teams have shown formidable performance in the last four matches, 4W for Morocco and 3W, 1D for Guinea-Bissau, the hosts kept a clean sheet victory in all their last four games. Moreover, Morocco has five clean sheets in their last seven matches six of which were victories and a barren draw. On the flipside, Guinea-Bissau has only one clean sheet in the last seven games. Morocco will unlikely concede a goal in this game and that informs our second prediction.

This is poised to be the toughest duel in CAF Group I World Cup qualifiers. Two of the best teams will lock horns in a match that could determine the direction both teams take in the tournament. Fewer than three goals look like the perfect bet here.

Match Preview: Morocco to Fight for Three Points at home

While both teams have been in great shape and form, this fixture is for Morocco to lose. The hosts are ranked 33 by FIFA, a position that puts them in the top ten of the best teams in Africa. On the flipside, Guinea-Bissau is ranked 105, which is 72 places below Morocco on the FIFA list. But despite such a huge gap separating the two teams on the global stage, Guinea-Bissau has 1W and 1D in the first two games. The visitors are top of the Group I table and will face their toughest test of the World Cup qualifiers in this fixture against Morocco. The hosts boast of the best defence and scoring record in the Group and should fight to secure all points in this game. 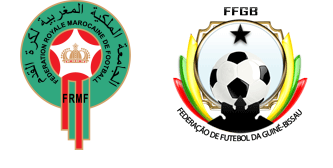 Prince Moulay Abdellah Stadium in the Capital of Morocco (Rabat) will host this match.

When is this fixture taking place?