It’s the words a young footballer must dread to hear: “The next…” Grow up in France, play up front, you’re “the next Thierry Henry”. Argentinian kid with great footwork wearing No.10: he’s “the next Lionel Messi”.

Born Brazilian, just don’t bother: Ronaldo, Ronaldinho, Neymar, the list is endless. Why else do you think Kerlon tried to pretend to be a seal? He didn’t fancy the comparisons.

In Croatia, there’s an obvious one. Any skilful, dynamic midfielder, especially if you play for Dinamo Zagreb, will forever be labelled the new Luka Modrić.

Nikola Moro is no different, but the 19-year-old defensive midfielder might be the next starlet to break the mould and go all the way.

Who is Nikola Moro?

Linked with a move to Manchester United in the summer, the Croatian under-21 international is a product of the Dinamo youth system and has featured as captain of his country at both the Under-17 World Cup and Under-19 European Championships.

Shakhtar Donetsk tried to sign him recently, putting in a £12.5million bid for the midfielder, but their advances were rejected. Now United, Benfica and a whole host of top European clubs are beginning to show their interest.

It was back in 2016 he made his Dinamo debut, aged 18 years old. He was given the full 90 minutes as they beat NK Lokomotiva 4-0 on the final day of the season.

Making his way up the ladder, it was halfway through the following campaign where he began to make his mark, and by the end of the 2016/17 he had become a regular starter, even earning minutes against Juventus in the Champions League.

This season Moro has impressed again, clocking up 20 league appearances, picking up four goals and two assists from his position as anchor of the Dinamo midfield.

What are Moro’s strengths?

Rather than playing as a destroyer, Moro is a deep-lying playmaker. He watches the game unfold in front of him and, when the right moment strikes, he charges in, makes a tackle and sparks an attack.

“Moro has a great football future, he has vision, is courageous, is never scared to shoot and makes good decisions,” said Dinamo youth coach Jozo Bandić.

Gifted on the ball, he has the skill on the ball to beat defenders off the dribble; eager to charge down the flank, you will often find him reaching the by-line and playing in a cross.

Moro's composure is excellent, combining his reading of the game and graceful poise to start attacks. 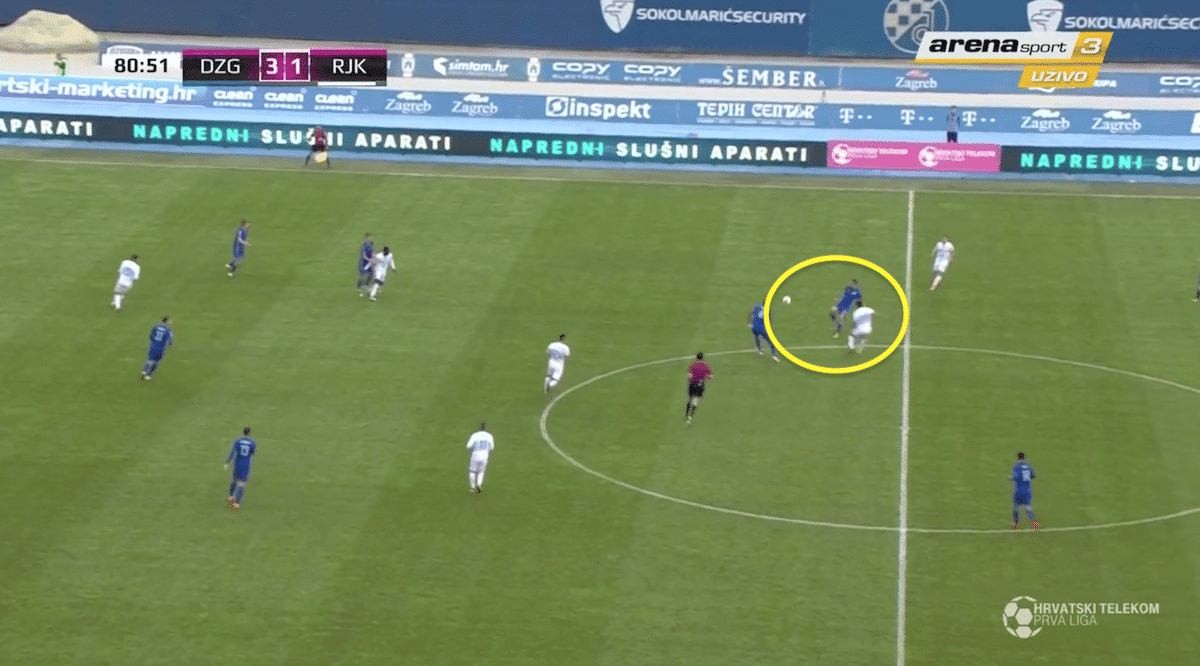 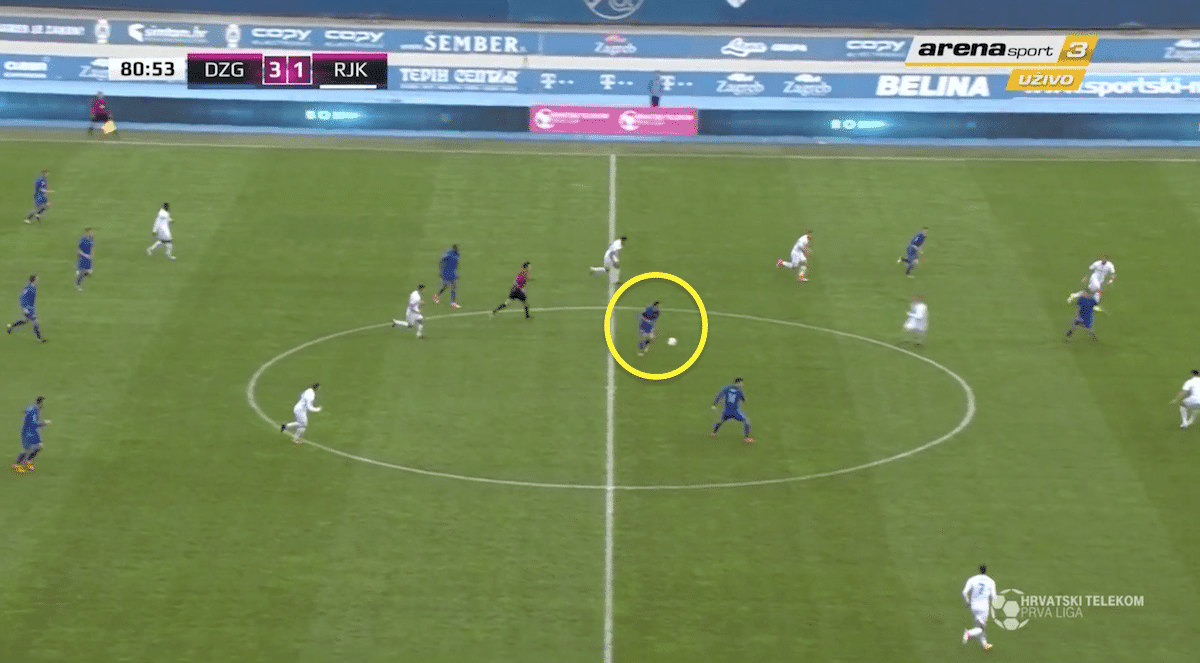 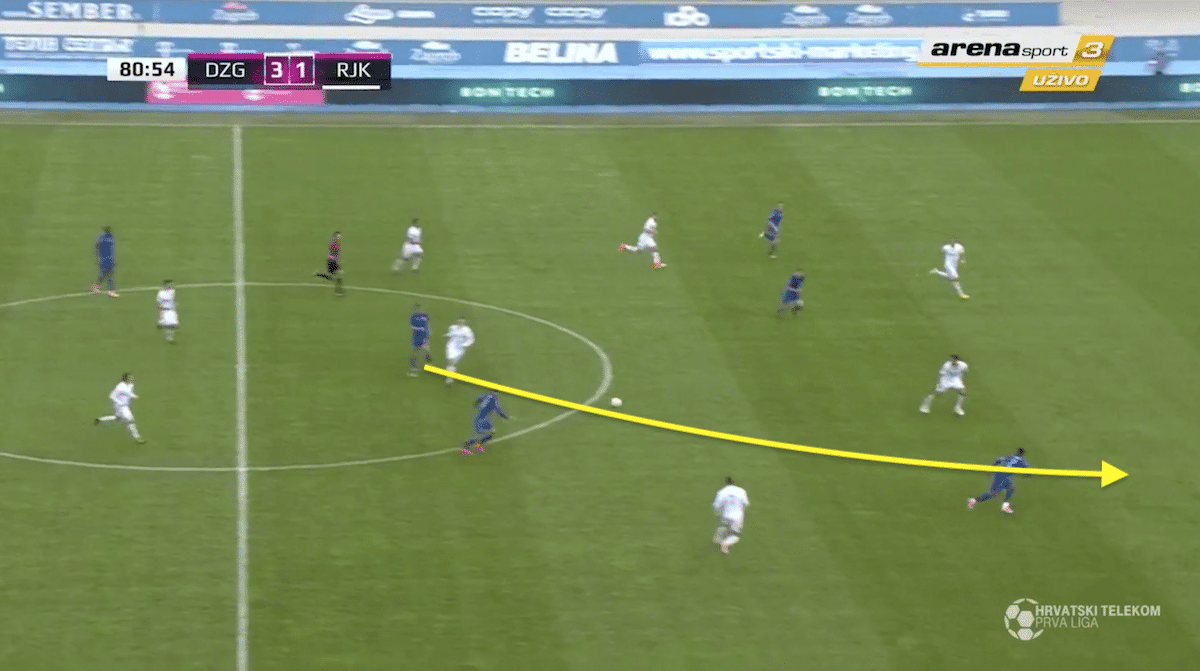 From the graphics above, Moro demonstrates his touch, awareness and vision to create a chance for his team.

Initially, the ball comes to him at an awkward height, with an opponent pressuring the space. Moro lifts the ball over his marker, taking him out the game.

He then takes another touch to control the bouncing ball, all while getting his head up to spot the run on the outside. The pass is perfect, but his team-mate can’t find the target.

Rather than just being a pass-first midfielder, he has an attacking instinct to his game and it helps stretch defences.

This time, playing for Croatia, as you will see below, a simple run and quick feet sets him free down the wing. 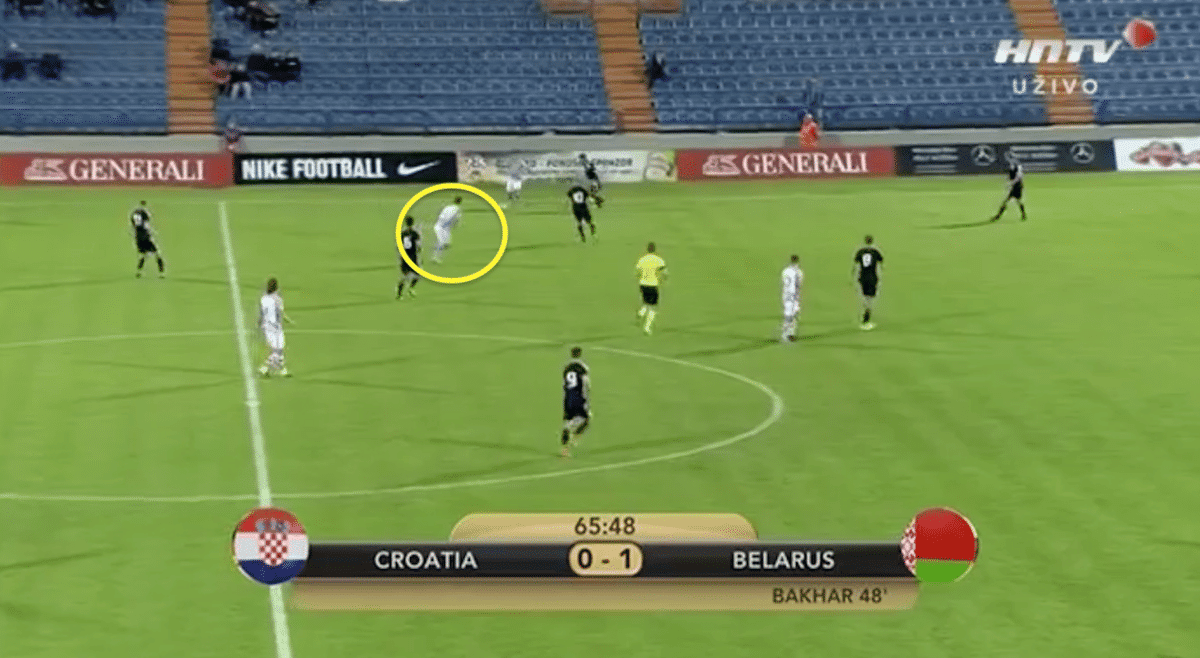 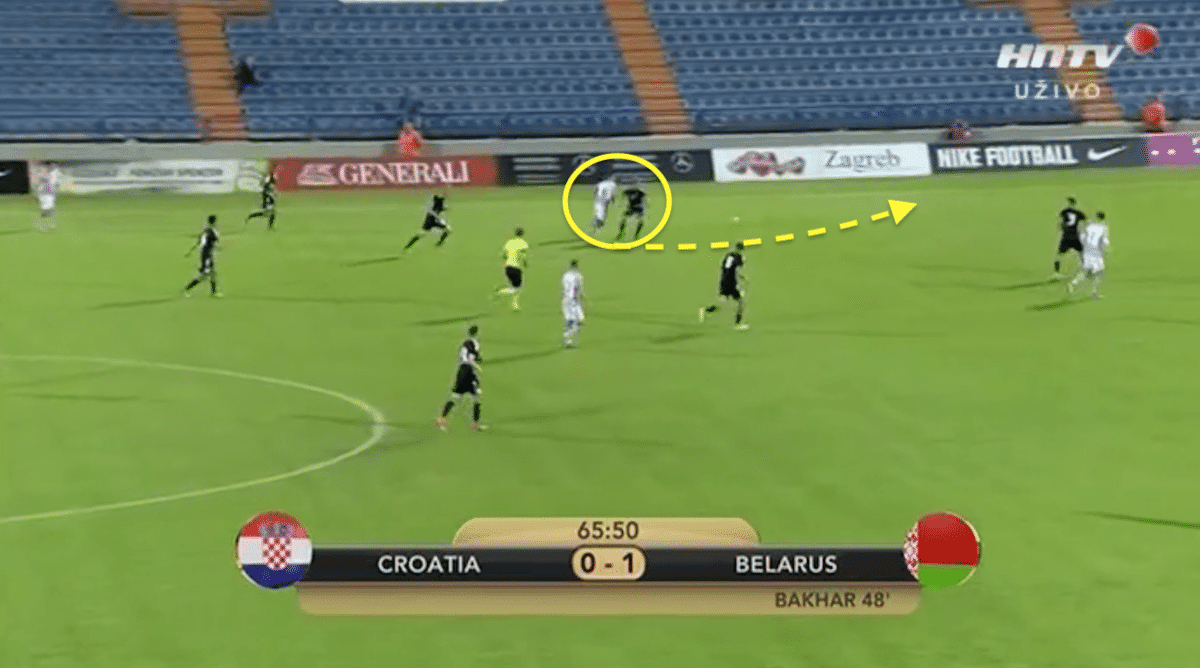 First, he makes the angle to receive the ball; with his first touch he’s already beyond one player. A second is already closing in but he has the skill and close control to shimmy the ball away from the defender and send it down the channel.

He’s free to chase his own ball and eventually he works in a cross with his right foot.

What are Moro’s weaknesses?

At such a young age, it’s hard to pinpoint exactly where Moro needs to improve. He can pass, he can score, he’s a willing worker and a good defender.

You can’t question his attitude either. Born in Split, growing up a Hajduk fan but then to going on to star for fierce rivals Dinamo, you know he’s strong-willed and a brave character.

Hopefully, as he grows and develops, you will get more from the creative side; more assists in the final third and more of a threat when he pushes on.

That, and more dedication to the defensive side of his game will come with time, as he continues to learn and refine his craft.

Labelled as “the new Modrić”, you know there must be something there. This is a player who has stepped up to every challenge he has faced; his second start for the club came against Juventus and Moro didn’t look out of place.

Playing on the right of the midfield three, he made 49 touches, completed 88.6 per cent of his passes and didn’t look like a teenager playing his first elite European game.

Although he didn’t manage to help the away side threaten the Italians, he won two tackles, made three interceptions and two clearances – the best return of any of their midfielders.

That match was at the end of 2016. The Croatian, standing just over 6ft, has learned a lot since then, improving his game further.

Although Manchester United and Liverpool – who had him watched at the Under-17 World Cup – could offer Dinamo a handsome transfer fee and a nice wage pack for Moro, they wouldn’t be able to offer him regular first-team football.

Smaller clubs, those who don’t feel the pressure of fighting for the top six, or someone like Benfica, who still play in European competitions, would be a much better fit.

They would be able to offer him more time on the pitch and a place to help him take the next step. Teams like Everton, Southampton and West Ham United could do much worse than add Moro to their shortlist.