Look beyond the theatrics and the showmanship that comes with signing Liverpool flop Mario Balotelli, and OGC Nice are the story of season in France. Riding the crest of a wave, they sit top of Ligue 1 with 26 points after 10 games.

They have been tested, facing AS Monaco, Olympique de Marseille and Olympique Lyonnais, and escaping them all unscathed and rolling on up the table. Yet, it could have been so much different.

Going into the last three weeks of the 2001/02 campaign, Les Aiglons were fighting for promotion. After a 1-1 draw with Le Havre, they sat fourth, two points behind their opponents and four behind RC Strasbourg and seven adrift of AC Ajaccio.

Still two points behind going into the last day, they needed to win and hope that Strasbourg or Le Havre slip up. To make things even more exciting, they would play each other knowing a draw would be enough to confirm promotion.

34 minutes in and the Cote d’Azur club are 2-0 down away at Laval, three minutes later Romain Pitau is sent off, reducing the away side to 10-men. They are handed a lifeline when Danijel Ljuboja scores before half-time to put the Alsace club 1-0 up.

Within 15 minutes of the second half, Nice were level through Noé Paramot and Daniel Meslin. They needed a hero…step forward Patrice Evra. The former France and Manchester United legend would pop up to score his first and only goal for the club, just 20 years old. Sealing a 4-2 victory, plus Strasbourg’s win, confirmed Nice’s return to Ligue 1.

They have flirted with relegation since. In 2012, despite finishing 13th, just four points off the drop. It looked worse again at the end of the 2013/14 season, but although starting the final day in 16th place, with Evian Thonon Gaillard in 17th and FC Sochaux in 18th doing battle, both couldn’t overtake OGCN. Helped by the guidance of René Marsiglia and Eric Roy, the team survived and began to build a competitive side.

Credit for this current success started back in 2011, with the appointment of Jean-Pierre Rivère. The new President wanted to make the team self-sufficient, guide it towards developing their own youth talents. Produce players that want to play and give their all for the club, but keep the identity of the team – not the PSG route.

Claude Puel, now seeing his Southampton team blossom, joined in 2012 and his influence was massive. “We wanted a coach who is not afraid to use young players, develop the beautiful game and someone who meets all of our criteria,” Rivère recently told L’Equipe. “When I met Claude, it had to be him and no one else.” 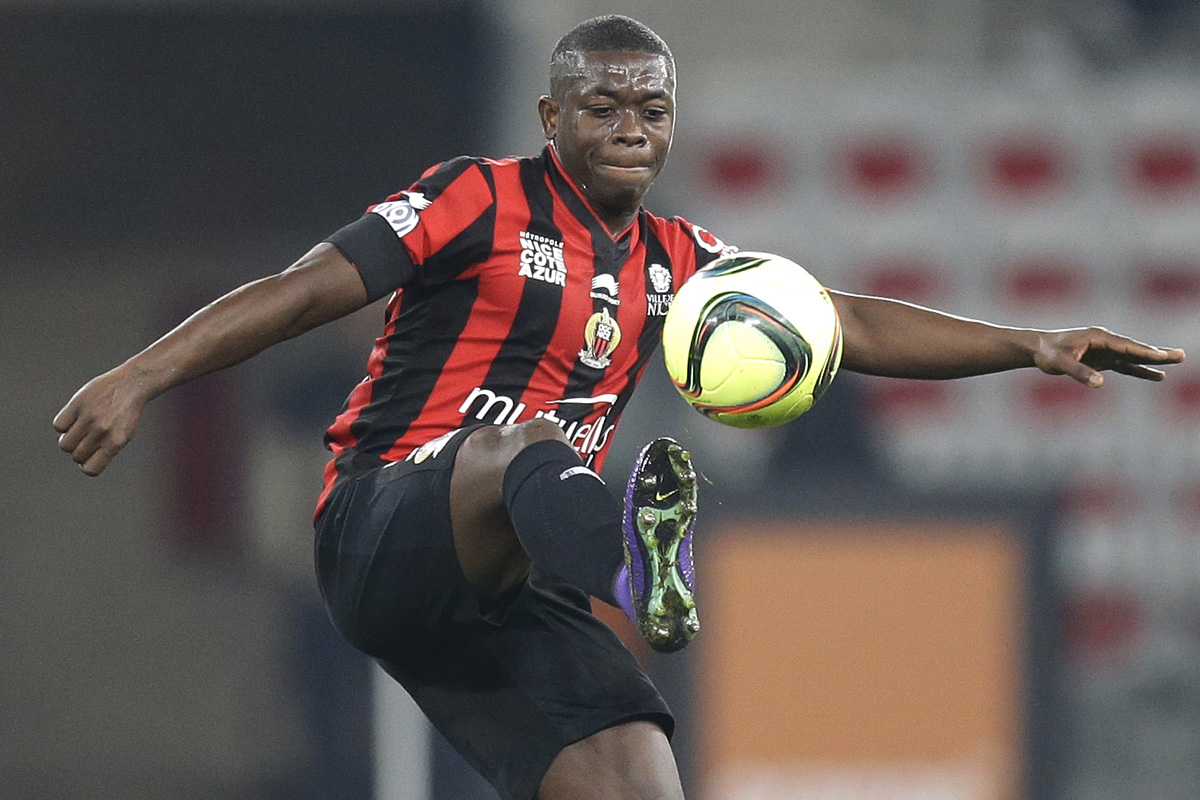 It looked at first, like the heart of their success would be lost. Nampalys Mendy left for Leicester City. Ben Arfa picked PSG and Germain would be given a chance at ASM. However, now, the great work has been carried on by Lucien Favre. The Swiss boss has taken Puel’s plan and added two Champions League winners, Dante and Balotelli, plus more young talent in midfielder Wylan Cyprien and full-back Dalbert. They have a 17-year-old centre-back in Malang Sarr that has started all 10 league games this season.

Alassane Plea has helped replace Germain’s goals and Younès Belhanda, on loan from Dynamo Kyiv is doing his best to emulate HBA. Favre has adapted the formation too. Keeping the midfield and attack very similar, but installing the 3-5-2 to protect the defence and give the wing-backs licence to push forward. It’s a system that is becoming relevant again, but the Swiss tactician has been at the forefront of its revival. There’s no doubt it’s not all about Balotelli, but Favre’s handling of the moody Italian has been superb.

“I didn't expect it,” Favre told his media post-match when asked about the deadline-day signing's eye-catching first steps in Ligue 1, scoring twice in the 3-2 win over Marseille. “After some difficult years for him, recovery will be key in him getting back to the top. Little by little, we're going to try to help him get stronger.”

The former Manchester City and A.C Milan has yet to play an away game in Ligue 1, the coaches way of embedding him slowly, add to that a UEFA Europa League campaign and the squad has been rotated and changed to get the most out of each performance.

No one quite believes that the club can go on to life the Ligue 1 crown this season, it will be tough. However, if qualifying for the Europa League in 2013 was the aim for the new Allianz Rivera, competing in the Champions League would be a dream come true. Maybe they will send Patrice Evra a thank you card.