Which seventh-tier side include a Champions League finalist, a Europa League runner-up, a League Cup winner and and an eight-cap Ireland international among their squad?

Whatever the outcome of Glenn Tamplin's involvement in Billericay Town, the Essex-based non-league side will create a fascinating quiz question for the future.

The players in question are Jermaine Pennant, Paul Konchesky, Jamie O'Hara and Kevin Foley. They have all played in the Premier League and list Arsenal, Tottenham, Liverpool and West Ham among their former employers. Two, Konchesky and Foley, have represented their country.

But if the Blues achieve even a fraction of what Tamplin – their ambitious owner and manager – has set out for the club it won't be a question which trips many up.

“I have a two-year target for every division and I expect to reach the Ryman Premier League play-offs this year but by the time we get there to be the best team in the play-offs.”

Billericay eventually finished short of that target, eighth, in Tamplin's first half-season at the helm. But they packed plenty in, winning the Isthmian League Cup with an 8-3 trouncing of Tonbridge Angels – the game which saw the club's pre-match rendition of R'Kelly's ‘The World's Greatest' hit the headlines – while the the new owner has also become manager.

Currently plying their trade in the Bostik Isthmian Premier Division, the seventh tier of English football Billericay's first aim is to win promotion to the National League South.

‘Ricay' are currently top with 21 points from a possible 24. An opening-day defeat to Craig Edwards – the man Tamplin replaced in the dugout with himself – and Kingstonian is the only blot on their copybook so far and they have rattled in 22 goals en-route to the summit.

A wage bill of £20,000 per week – a figure which Tamplin says includes off-field staff – dwarfs the rest of the division. Some clubs operate on less than a tenth of that figure and Billericay were understandably heavy favourites to lift the title. Their start suggests their short price was justified.

As well as their household names they have a collection of the finest attacking players available at Step Three. Louie Theophanous, Billy Bricknell and Adam Cunnington have all scored goals at higher levels while Jake Robinson – who has made almost 300 appearances in the Football League – cost a club-record £24,000 to prise from Hemel Hempstead Town.

Further evidence of Ricay's ambition was provided by the capture of Sam Deering – a family friend of Tamplin's – who traded one well-financed project at Ebbsfleet United for Billericay over the summer, dropping a division in the process.

Tamplin captured the imagination of a whole other crowd with the addition of freestyling sensation Jeremy ‘Jezza' Lynch. One half of F2 Freestylers with Billy Wingrove, the duo's YouTube channel has more than six million subscribers.

The signing of Lynch is not just a publicity stunt. The tricky wideman was a member of Arsenal's academy as a youngster and scored twice on his debut for Ricay's Under-23 side recently.

But whatever accusations can be levelled at Tamplin, who played locally for Barkingside, it is clear the self-made millionaire is in this for the long haul. Owners higher up the football pyramid are accused of treating their club's like toys.

While replacing the vastly-experienced and highly-respected Edwards with himself could be viewed as a prime example of just that, it is hard to argue with the results at this early stage.

Speaking to The Echo after stepping down, former boss Edwards revealed why he walked away after seven years: “After Tuesday's game at Enfield I was informed by our chairman Dan Groves that owner Glenn Tamplin has decided that we were to be joint managers and that I would continue to run the under-21s on full pay.

“Promises have been broken and I found this wholly unacceptable. Only a couple of hours after I resigned Glenn put himself in the hot seat already.”

But whatever the accusations, Tamplin has done plenty to suggest this project is about more than his own ego.

A born-again Christian, he has been through more than his fair share of hardships and come out the other side.

“I was in a dark place. I wanted to kill myself,” he told The Sun in July. 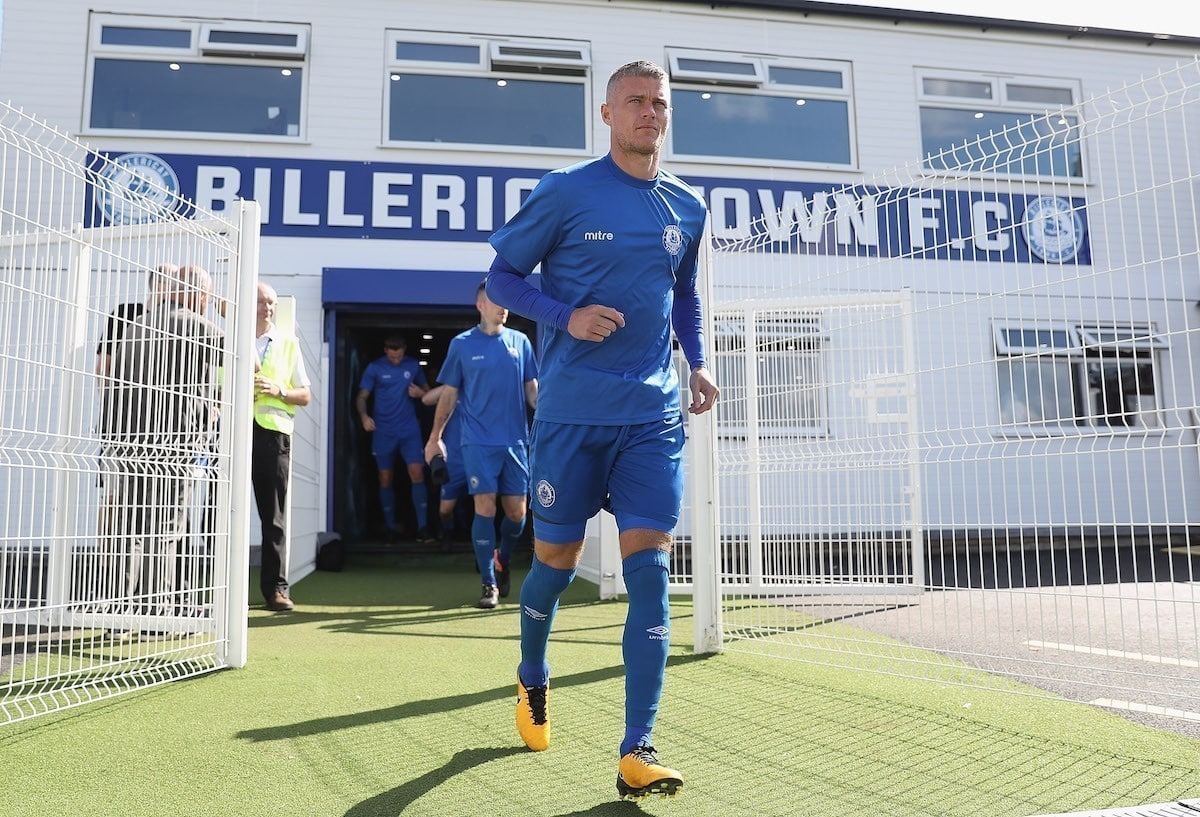 Born in Dagenham, the 44-year-old started out as a salesman for steel firm Rainham. But after receiving a Christmas bonus amounting to £50 in Argos vouchers in the same year he closed a £2million deal, Tamplin decided to start his own business.

Today, AGP Steel turns over £5million a month and has earned Tamplin and his second wife, Bliss, a mansion worth £18million. He has also ploughed his riches into Billericay and invested in the community.

Over the summer the club's New Lodge ground underwent a drastic facelift. Tamplin razed the stadium to the ground and re-built the AGP Arena so it will be fit for purpose if – or when – the Essex outfit win promotion.

There is a re-laid pitch, new bars, restaurants and facilities. All with the aim of providing a proper ‘family day out'.

One of the new stands carries the name of Harry Parker. Not an iconic former player or coach of yesteryear, but a seven-year-old supporter who suffers with cerebral palsy and another case in point of Tamplin's holistic approach to running the non-league outfit. 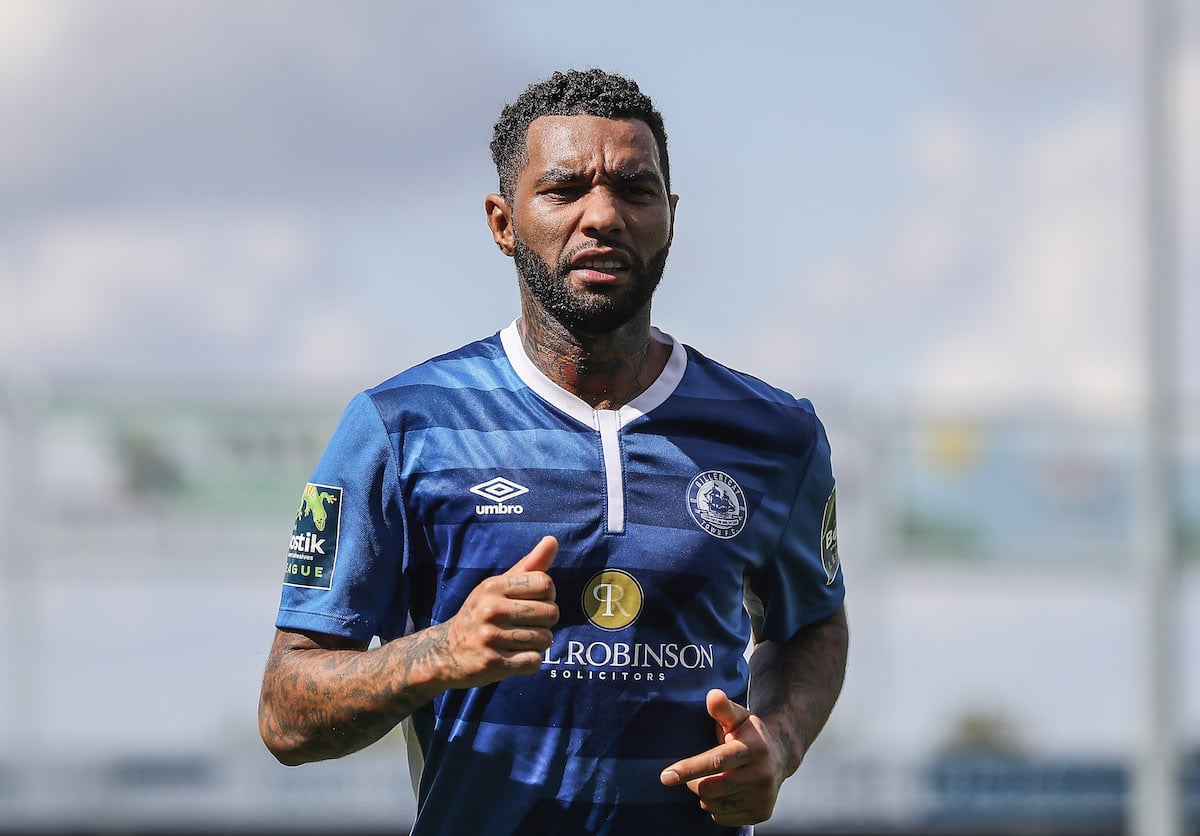 Tamplin forked out £45,000 to help Harry get treatment and a second shot at life. Having contemplated taking his own life after – in his own words – suffering ‘burnout', being divorced and losing custody of two of his children, Tamplin appreciates a second chance as much as anyone.

“The way I dealt with it was by trying to earn money by building up my businesses. Money became everything. For ten years, I spent 17 to 18 hours a day, seven days a week working at an unbelievable level with hardly any sleep.”

It's why he has given back and continues to do so for those who are less fortunate than him. Tamplin has installed pastors at the AGP Arena for anyone who is struggling to come and talk to, while disabled fans get into games for free.

Billericay's owner/manager Glenn Tamplin has revealed the new home dressing room. Is this better or worse than the mural (of him) outside? pic.twitter.com/2aeb6uKMww

He has hired people from the local community to work at the club – as well as members of his own squad who need the additional income – as he attempts to drag Billericay forward into an exciting new era.

There is no walking before they can run, though; this isn't George Reynolds building a 25,000 capacity stadium for fourth-tier Darlington.

However, there have still been controversies. Plenty of them. Tamplin's very public persona on Twitter has made him an easy target for supporters of rival clubs.

His pre-season prediction that Billericay would not come off the top of the table saw him eating humble pie on the first weekend of the new campaign – not that Billericay have looked back since, racking up seven straight league wins.

More concerning, though, was his reply to a Twitter user who criticised the lion's den theme plastered on the dressing room walls at the AGP Arena.

Billericay Town's dressing room design is something else. pic.twitter.com/0Y00xo4ar1

“Stop the world, I want to get off,” the user in question commented. “Tall building or fast train fella…just jump if you had enough,” came Tamplin's reply.

“I get more Twitter hate than anyone I know,” he told The Echo. “Three out of five messages are abuse. If you read that comment as a message to kill himself…that comment is banter going both ways.”

He has previous, too, inviting all the club's ‘haters' to ‘Choose from one of the following helplines: Alcoholics Anonymous, Frank, Mind or the Job Centre'.
It would have been a poorly thought-out riposte from anyone, let alone someone who has suffered with mental health issues in the past and was committed to an institute at their lowest ebb.

There was also a spat between Tamplin and Concord Rangers chairman Ant Smith which saw a pre-season friendly between the two sides cancelled owing to the Concord chief's perceived negativity. That seems to be a thing of the past now, though, with two players loaned to Ricay's Essex rivals.

A quick browse of Tamplin's Twitter feed tells you the controversial owner-cum-gaffer is not everyone's cup of tea. But with his team doing the talking for their boss on the field, he won't care one bit.