Álvaro Morata and Alexandre Lacazette arrived in the Premier League, at Chelsea and Arsenal respectively, in two of the biggest and most eye-catching deals of the summer transfer window.

The Spaniard moved from Real Madrid to Stamford Bridge for a reported £60million, while Arsenal broke their club transfer record to sign French marksman Lacazette from Lyon in a £46.5million deal that could see the Gunners eventually pay as much as £52million considering conditional add-ons.

Both men have enjoyed strong starts to life in the Premier League and their is no doubt that they can be expected to figure towards the top and of the scorers' chart for years to come.

Lacazette, two years Morata's senior at 26, has more career appearances and goals under his belt and was a key player in Ligue 1 for several seasons, but the Chelsea man has no shortage of top-level experience from his time with Madrid and Juventus.

The duo both have a stellar pedigree and offer more to their respective sides than goals alone. But, ahead of Chelsea vs Arsenal this weekend, we've delved into the statistics to see which of the pair is the more deadly in front of goal. 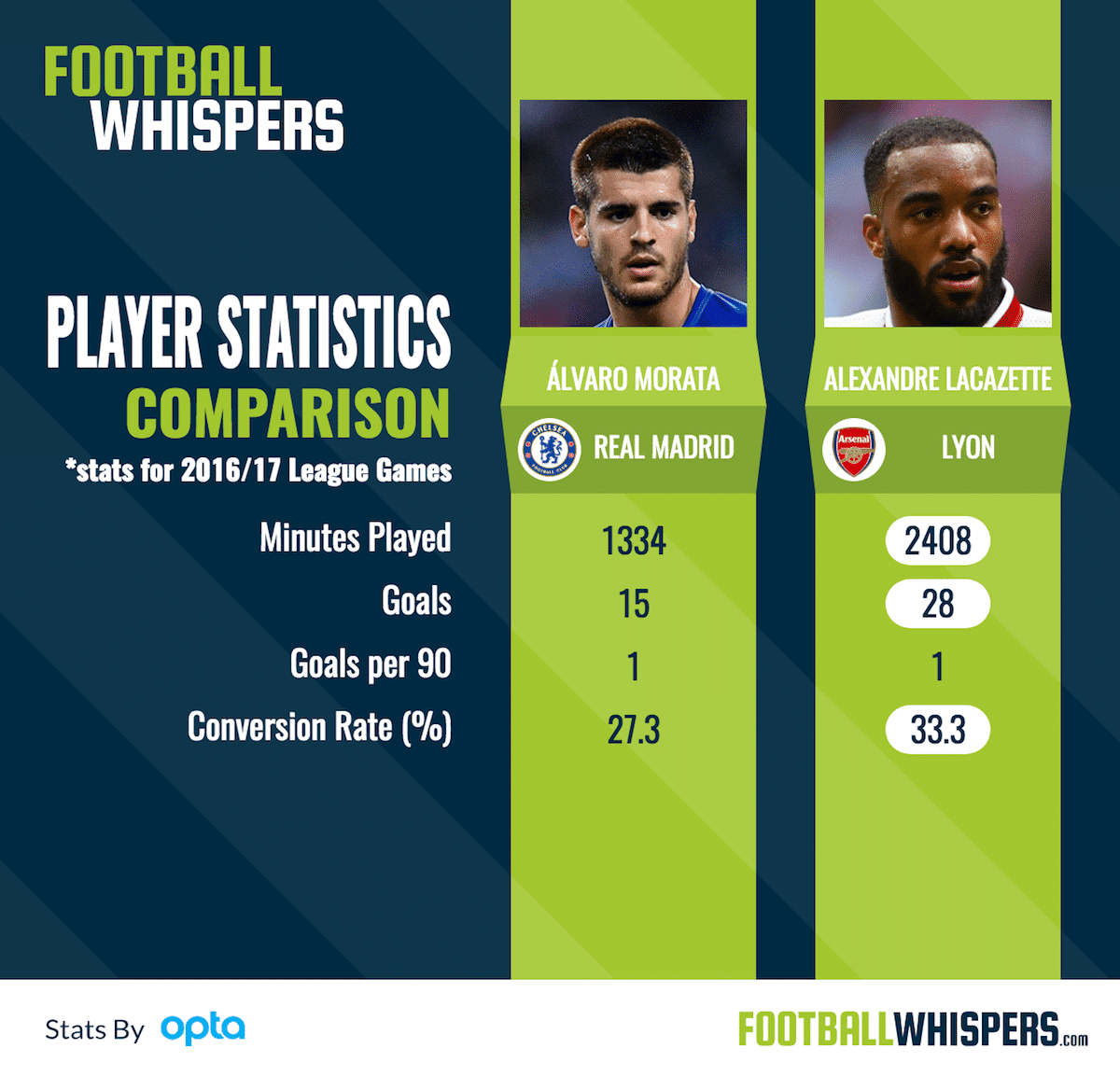 The above graphic, depicting striking averages from last season, shows that Lacazette, who was the figurehead of Lyon‘s attack, scored more goals and was more efficient in his finishing.

However, Morata, used in a back-up role by Zinédine Zidane, produced the best numbers of his career despite being behind Karim Benzema in the pecking order at the Bernabéu.

The driving factor behind Morata's desire to leave the Spanish capital in the summer was that, at 24, he felt it was time he assumed a lead role in an elite team, no longer content to feed off scraps; he's found that at Chelsea. 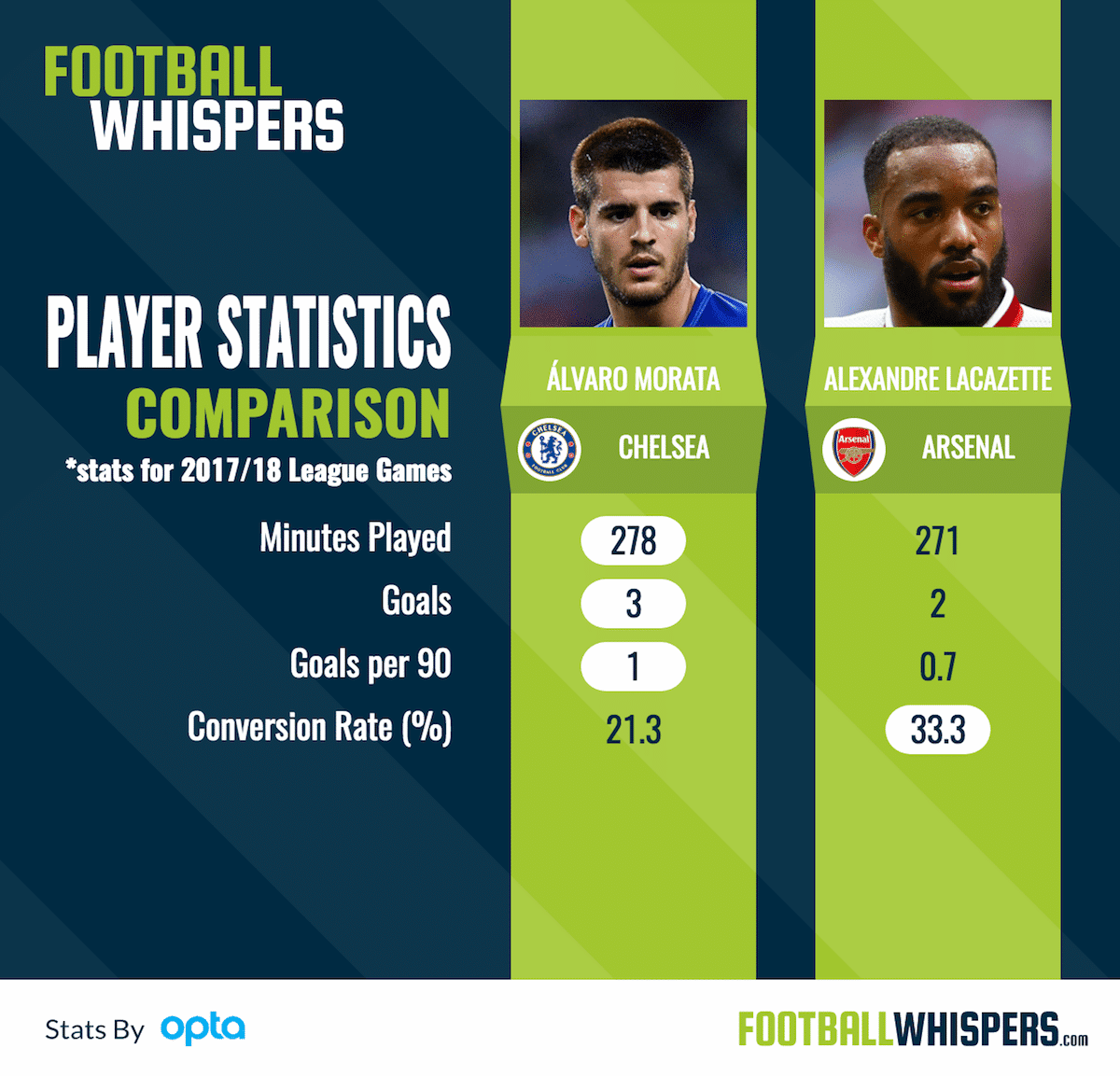 Above, we see each player's statistics for the current season so far. Lacazette, remarkably, has maintained the exact same strike rate that made him prolific in France last year, but Morata has scored more goals and boasts a better goals-per-90 ratio.