Álvaro Morata has spoken a lot about his struggles last year, in his first season at Chelsea.

“I had a blockage in my head and I didn't want to speak to anyone,” he said in early August.

“I didn't want to listen to anyone, I just wanted to stay at home. It was probably not depression, but something similar.”

A couple of weeks later: “I want to change things here. I want to, not for all the haters, but for me and for Chelsea.

It sounds over the top to say it, but Morata’s statements make it even more likely that this season could be make or break for the Spaniard.

He turns 26 in October and, despite promising spells at Real Madrid and Juventus, last season was the first that he could be called a regular starter. That it did not go well, and that it didn’t go well in his mid-twenties, isn’t a hugely promising sign. 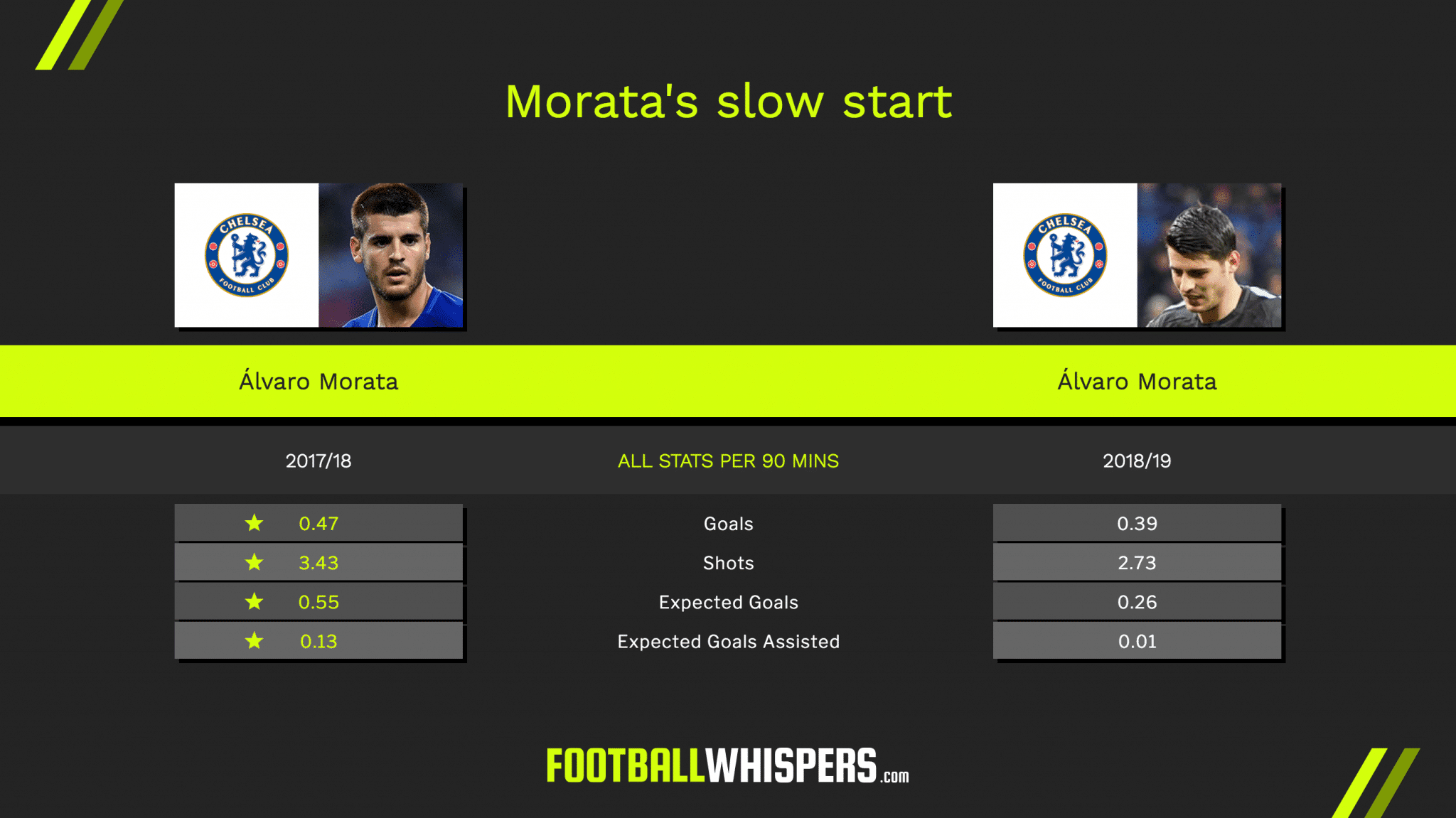 Last season he managed 0.48 goals per 90, a fairly standard ‘one in two’ rate but not keeping pace with the kind of elite strikers that Chelsea would want. At the very least, his statistics looked decent too.

His goal haul was slightly lower than his expected goals would suggest he could’ve got – a natural variation that can still significantly affect perception – with 0.55xG per 90. This year is very different.

The (even more) difficult second season

Despite wanting to get back to top form, Morata’s stats have dropped in the early part of the season. The amount of shots he’s taking has dropped but, even more worryingly, the quality of these chances has dropped even more.

Part of the problem is where his shots are coming from. For whatever reason, he’s not been able to get chances inside the box much, and so has been taking punts from further out. It’s possible that these were genuinely decent chances; it’s also possible that he’s frustrated at not getting better chances and so he feels he needs to take a shot every now and then just to keep his eye in. 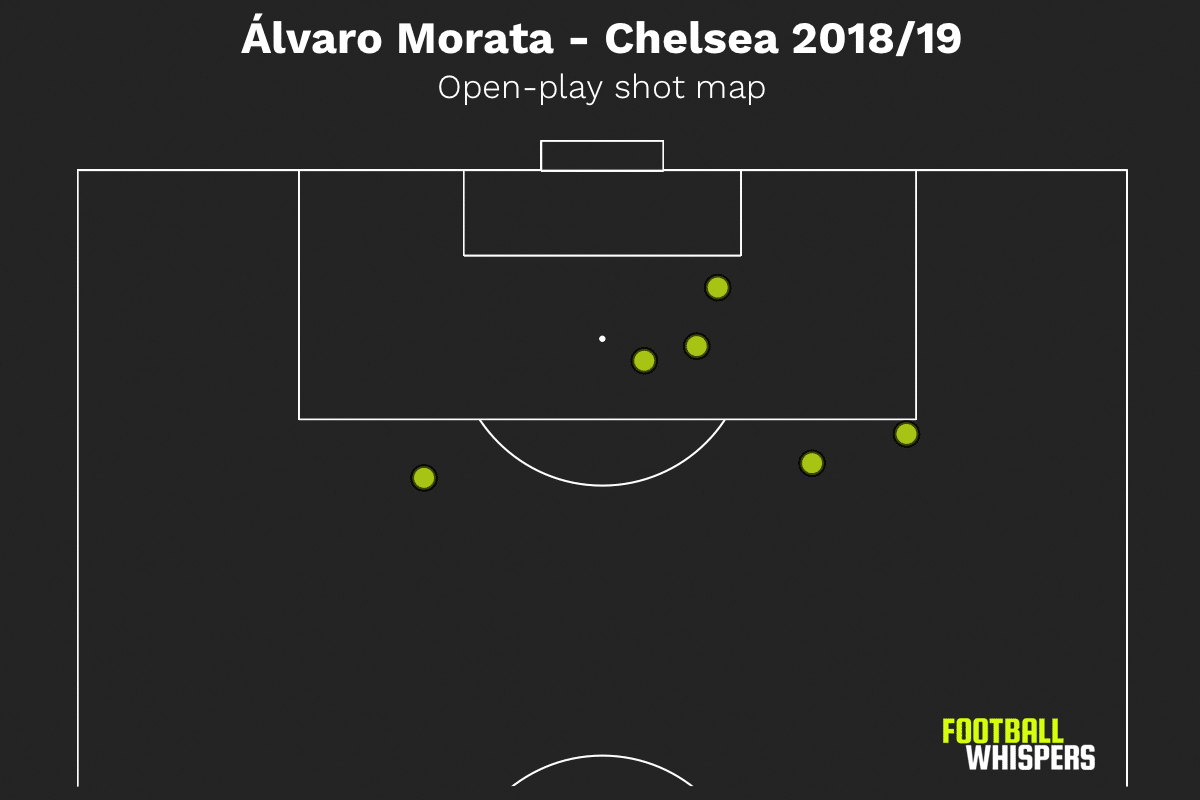 With Olivier Giroud looming, tall and handsome, on the sidelines, this is worrying. The Frenchman is reportedly ready to ‘stay and fight’ for a starting place at Chelsea, after considering a move away in the summer window to get more regular football.

A game against Arsenal as the second of the season won’t have helped Morata’s stats in the very early season, but it should have been balanced out by games against Huddersfield and Newcastle, both of which Chelsea dominated.

Perhaps Sarri’s style doesn’t do Morata favours, with its possession-heavy approach perhaps suiting a forward who’s closer in style to an attacking midfielder and can better link up with play. Perhaps the confidence that Morata spoke about in the summer just hasn’t returned.

Luckily for him, Chelsea’s next few league games continue to be gentle. After Bournemouth, the Blues face Cardiff at home and a heavily out-of-form West Ham at the Olympic Stadium. If the striker still isn’t firing after these games, there will surely be big questions over his time at Chelsea and what its future looks like.

“In football, it's all about the head and in the last year I suffered with this because I came to Chelsea with high expectations and felt under a lot of pressure,” Morata said back in August. If he doesn’t start performing better soon, that pressure’s not going to go away.