Montpellier hopes to secure the first win of the season when they host Lorient in round three of Ligue 1 fixtures. Our detailed match preview provides you with free tips and analysis of this game.

Our Ligue 1 predictions have no bias and feature the latest team stats, news and useful data to help you place your bets with peace of mind. Our best three predictions for Montpellier vs Lorient are as follows:

Note: Odds for Montpellier vs Lorient fixture are correct on NetBet when writing this match preview. Please check your betslip with the bookie for updated odds.

We are backing Lorient to score first in this fixture. The visitors have had an incredible run of a nine games without defeat. Moreover, Lorient displayed a defensive prowess in the first two games this season, conceding only once. Exploring Montpellier's struggling backline that has leaked six goals in the first two games should be Christophe Pelissier's main agenda as he prepares his travelling squad for this fixture.

Lorient to draw or win

This fixture is Lorient’s to lose. A 9-match unbeaten run and a formidable defence should play to their advantage. While Lorient has not defeated Montpellier in the last six meetings, they are doing better than the hosts in all areas, which is why we backed them to score first. The visitors are also our favourites to win this game or at least a draw looks good on the books.

While this game will be tight one. It is because Montpellier hopes to defend the unbeaten run of 3W and 3D against Lorient in the last six encounters, the hosts are wary of shaky defence. Montpellier’s backline will likely ship in at least two goals in this game, having done so in four of their last six matches.

Montpellier vs Lorient: More Stats and the Best Fixture Odds

Match Preview: Montpellier Looking for the First Victory this Season. Can they get it against Lorient?

Terrible defending has been Montpellier’s biggest undoing since pre-season fixtures. The hosts shipped nine goals in four pre-season fixtures and have leaked in a further six goals in the first two games in Ligue 1 this season. While they have a six-match unbeaten run against Lorient in the last six encounters, Montpellier’s new head coach, Olivier Dall’Oglio, faces another tough test at the helm. Dall’Oglio switched from Brest to join the hosts this summer but things haven’t look up for the manager. On the other hand, Lorient has been phenomenal at the back despite finding the net only once this season. The visitors have four clean sheets and have leaked only six goals in the last nine games. 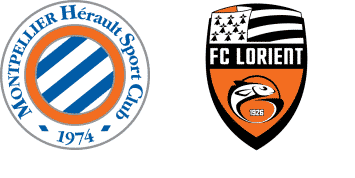 How does H2H between the two managers compared?

Dall’Oglio and Lorient’s Christophe Pelissier have met six times. The visiting manager has 4W while Dall'Oglio had 1W in those meetings. Thus, one game ended in a draw.

At what time will the game start?

We are giving the visitors a narrow edge to win for a great price of 3.50 on NetBet.