Montpellier and Clermont will clash for the second time this year. The last encounter was an international friendly that the visitors won 3-2. Find out more about this game in this comprehensive preview and analysis.

Promoted side, Clermont Foot, is now winless in the last six Ligue 1 games. The best they have got within that duration in the midweek fixture that saw them hold Lens to a 2-2 draw. Will Clermont build on that to bag a second victory against Montpellier this year? The following are our picks and analysis.

We are predicting a goal fest in this fixture. Both teams have a scoring chance in this match. Despite a six-match winless streak, Clermont has failed to score only four times in 16 matches played so far. The visitors have scored in all four previous meetings with Montpellier. On the other hand, Montpellier has failed to find the net in 3 out of 16 games. The hosts have netted in all previous meetings with Clermont.

We are tipping Montpellier to score the first goal in this fixture. The hosts should exploit Clermont’s struggling defence. With the seventh-best home record after 8 home games, Montpellier’s defence has done a commendable job at home where only 9 goals have been leaked in 8 home matches compared to 14 goals conceded in as many games away from home. Clermont has conceded 20 goals on the road and scored only 9 in 8 trips.

The hosts have been formidable at home. Winning two of the previous four meetings with Clermont is another history to build on in front of fans. All of Montpellier’s victories against Clermont were at home, the only two home matches against the visitors.

Find a summary of the best UK bookies with the best Montpellier vs Clermont Odds in the tables below.

Game Preview: Will Montpellier make it three out of Three Home Wins against Clermont?

Montpellier will host Clermont for the third time times. Two of the previous encounters were in Ligue 1 and the other two were international friendlies. It means this will be the first-ever Ligue 1 encounter between Montpellier and Clermont. It is a match that is expected to generate a lot of expectations. The hosts won the last two home games against Clermont. On the flipside, Clermont also won the only two home matches against Montpellier. With no victory at Stade de la Mosson, Clermont is expected to struggle in this game. The biggest challenge for the visitors is a leaking defence even though their head coach has never lost a game to Montpellier's head coach, Olivier Dall'Oglio. Clermont's head coach, Pascal Gastien boasts 2W and 3D in 5 encounters with his matchday opponent. It is why we think the visitors will convert at least one scoring chance in this game. 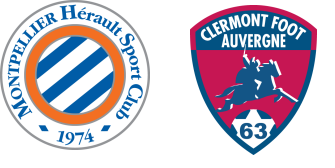 Who will referee this fixture?

Florent Batta will be the match referee