Netherlands battered Montenegro last time the two two nations met, which was just a couple of months ago. Will it be more of the same in Podgorica on Saturday? Find out with our Montenegro vs Netherlands match preview with free tips, predictions and odds mentioned along the way.

Montenegro vs Netherlands: Our top tips

The Netherlands currently sit top of Group G and do so with the best defensive record having conceded an average of just 0.8 goals per game. Montenegro are not exactly banging goals in either with just 11 scored in eight games; they've blanked in three of their last four games as well including one against Netherlands. By contrast, three of Netherlands last four games have seen them keep a clean sheet – they've won all four of them.

There will be a few goals

Our next prediction comes from the total goals market and we are tipping over 2.5 for the match between Montenegro vs Netherlands. Montenegro have gone over the 2.5 mark in three of their last five games with an average per game of 2.6 goals. Netherlands have exceeded the all important 2.5 cut off in three of their last five games too; their goals per game ratio is on another level to their hosts though at 4.0 per match. That average is a good representation of the head to head from September too; Netherlands won that 4-0.

In our final tip for this game we explore the anytime goal scorer market, which feels sensible given we've backed there to be a few goals. The man we are predicting nets is Barcelona and Netherlands forward Memphis Depay. Depay has 15 goal involvements in qualifying so far with nine of them goals; that makes him the highest scorer in qualifying. His last five internationals have seen him score a total of seven goals; two of them came against Montenegro in the reverse fixture, which means they'll be having nightmares about him before this game!

Find the best odds for Montenegro vs Netherlands

Netherlands aren't assured of their Finals place just yet but a win in this game will get them there. Memphis Depay – our goal scorer tip – is obviously a big player for the Dutch but he's ably supported by defensive lynchpins Matthijs de Ligt and Virgil Van Dijk. Montenegro meanwhile are looking like missing out on a spot in the World Cup Finals; anything but a win here will confirm if. That puts huge pressure on the likes of Stevan Jovetic.

FAQ on Montenegro vs Netherlands 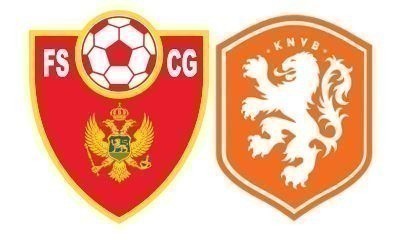