There is much to admire about Sassuolo. Moving rapidly towards the upper echelons of Italian football, the small club arrived in the top flight for the first time in their history as recently as 2013, bringing with them an attractive playing style and a plethora of young stars who quickly became coveted across Europe.

After years of bouncing around the peninsula’s provincial sides, Simone Zaza shot to prominence with the Neroverdi, securing lucrative moves to Juventus and West Ham United as a result. Nicola Sansone was rejected by Bayern Munich earlier in his career but showed his true potential at Sassuolo before joining Villarreal last summer, while the impressive Sime Vrsaljko now plies his trade at Atletico Madrid. 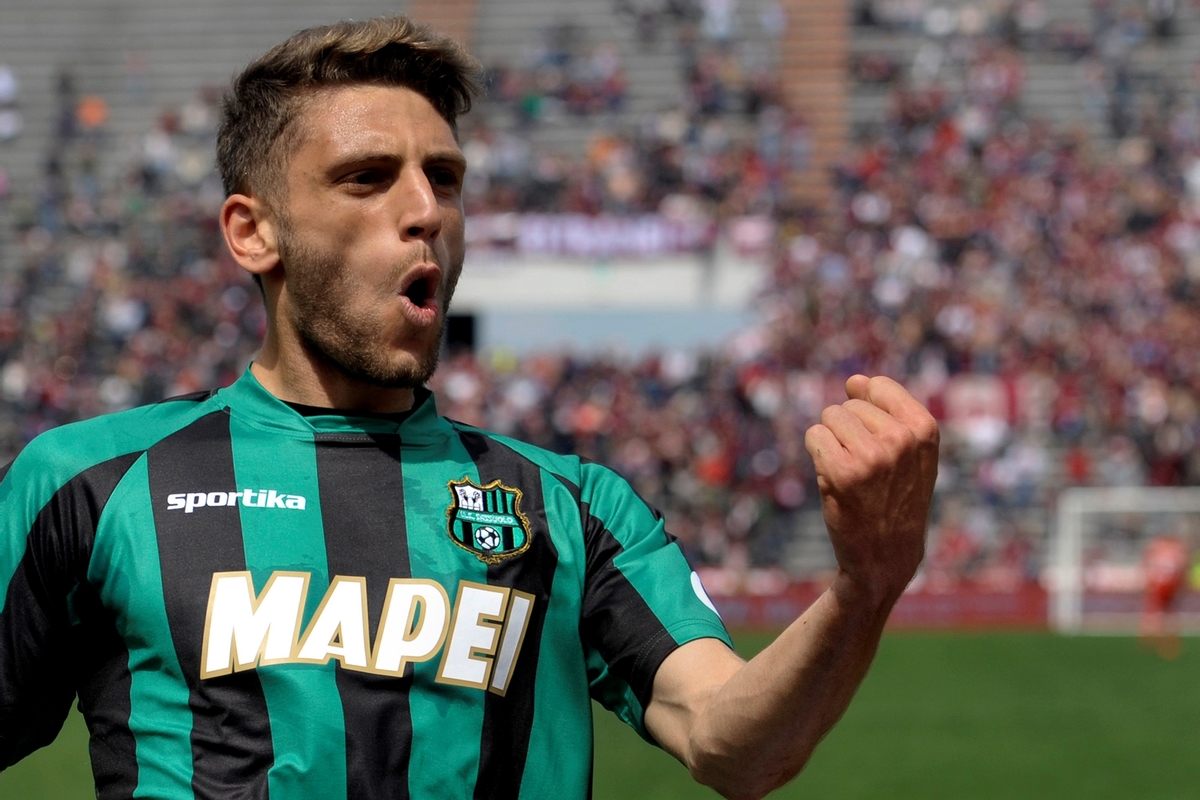 Domenico Berardi remains a target for the continental elite and Eusebio Di Francesco finds himself in demand too. The coach’s tactical flexibility, intuitive changes and an innate ability to help his talented squad continually improve places him high on the wanted list of many sides, and together they have captured the imagination of football fans everywhere. A vibrant attacking unit whose bold green and black shirts are as unique and eye-catching as their approach, they possess a heady mix that has made them a team people love to watch.

Their position among neutral supporters has been further strengthened by a commitment to domestic talent, regularly fielding a starting XI that contains nine or 10 Italian players. In a league awash with foreign imports, Sassuolo’s stance has long been a club policy and in doing so they managed to pip some much bigger clubs to a Europa League place last term.

That was a remarkable achievement, but owner Giorgio Squinzi insists there is much more to come. “There is nothing certain in football, but this can be the season where we take another leap forward and verify our project,” he told La Stampa back in September. “The focus on young Italians is one of our specific project goals, because it’s best for Sassuolo and Italian football.” 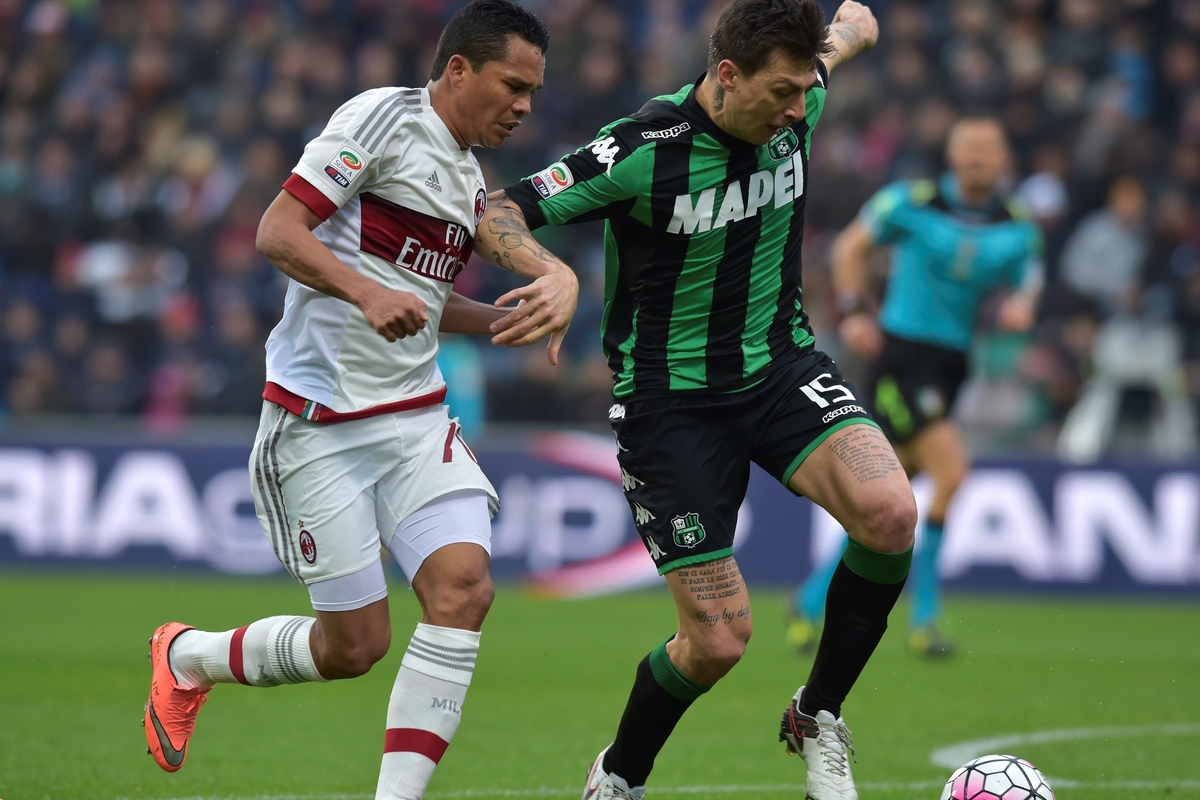 It has not been an easy path, but thanks to Squinzi’s careful planning and heavy investment, they have solid foundations and an eye on the future. While some of Italy’s traditional giants struggle to compete in the Financial Fair Play (FFP) era, the 73-year-old owner of manufacturing company MAPEI has always showed sound business acumen in his approach.

But it is a decision that many would point to as his most intelligent that has left Sassuolo as something of a paradox. In December 2013, he bought the Stadio Citta del Tricolore in the neighbouring town of Reggio Emilia, rebranding it as the MAPEI Stadium and modernising it before moving Sassuolo in as tenants. That was not well-received by Reggiana, the local side who also play there but whose financial problems saw the stadium and other property be sold in that same auction.

Visiting on match day is a strange experience. Rather than the Neroverdi stripes of Sassuolo or the deep red Granata of Reggiana, the stadium is covered in the blue and white corporate logo of MAPEI, lending a neutral venue feel to games of either side. Sassuolo’s first ever European home tie there was against Athletic Club, a well-known powerhouse of the Spanish game and a formidable opponent for Di Francesco’s men. 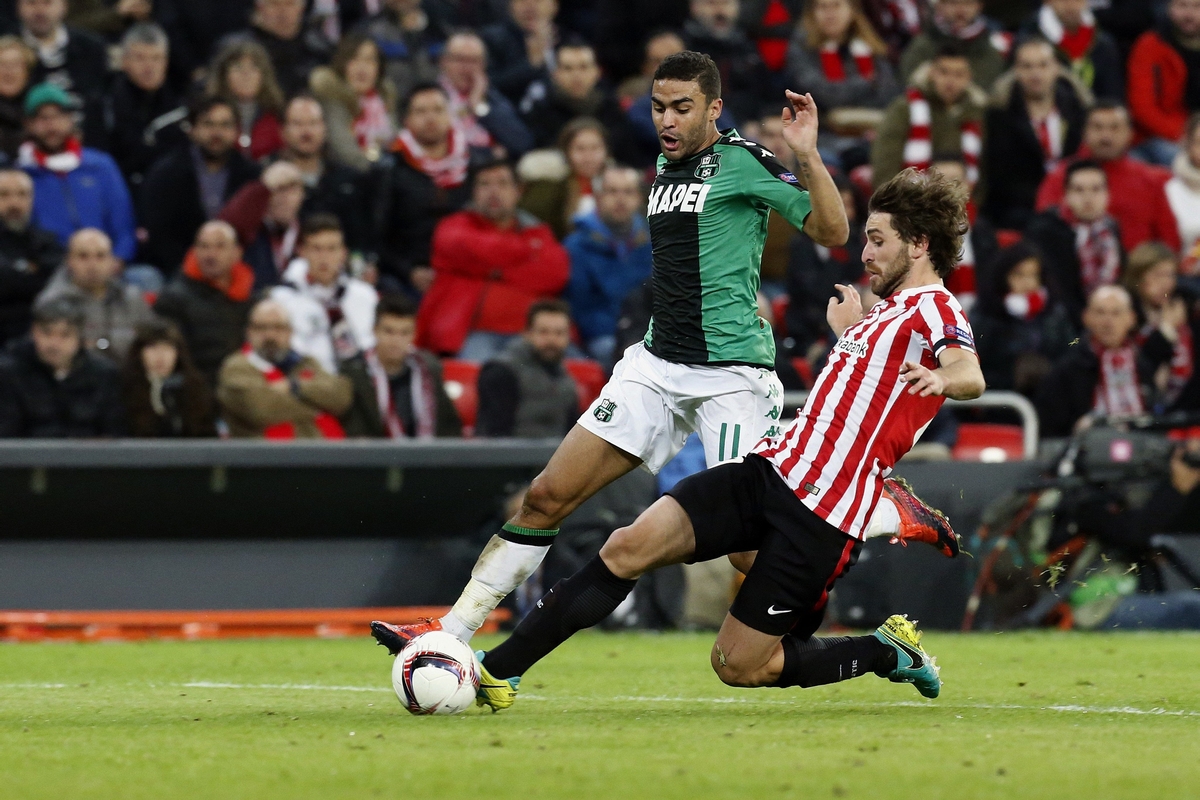 Yet the fixture was scheduled for 7pm local time and only 7,000 fans were present at a stadium that can hold almost four times that figure. With the town of Sassuolo a 40 minute drive from the ground and the game starting just as many people were finishing work for the day, it was always going to be difficult for a large crowd to witness a historic occasion. But this is standard for Sassuolo: the club saw an average home attendance of just 11,437 in 2015-16 despite enjoying their most successful campaign to date.

This is the problem and the untold story of their meteoric rise; the Neroverdi hail from a town of just 41,000 people, have spent the majority of their existence in the fourth-tier or lower and have a very small fanbase. Yet now they are in Europe and play their home games 26km away in Reggio Emilia, a town that already has a team of its own, a club who loathe the newfound success of their neighbours and believe they have “stolen” the very stadium they play in. That bitterness intensified recently as Sassuolo’s women’s team began to use Reggiana’s former home – the Stadio Mirabello – as the venue for its matches.

While these local disagreements will likely come to nothing, Sassuolo face a fight to convince fans who grew up watching Milan, Juventus and AS Roma to instead cheer for the Neroverdi. On the field they are enjoying incredible success and deserve the plaudits showered upon them for their stellar work in developing young Italian players.

The backing of MAPEI has made Sassuolo a genuine success story, but all the investment in the world cannot fill a stadium that is regularly two-thirds empty. There is no simple solution, only a sustained period in the top half of Serie A will see a younger generation of supporters raised to love the green-and-black. There are some things money still can’t buy.