Top free betting tips and odds for Monchengladbach vs Cologne

Following the momentum of unbeaten games, Monchengladbach hosts Cologne for their next Bundesliga fixture. The Billy Goats have also got the back of a victory ahead of this game.

Monchengladbach and Koln contributed in all previous four H2Hs meetings to give BTTS outcomes. In addition, despite not getting enough winnings in the recent home games, the Prussians scored in all of the last eight games. The Billy Goats have also found the back of the net in four of the last five overall attempts. So we can expect another BTTS outcome in this meeting.

Monchengladbach vs Cologne: Check out the best odds and the latest stats

Monchengladbach vs Cologne: Check out the team lineups

The Prussians stretched their sequence of staying unbeaten in the last game against Furth, the modest team on the table. After securing ten wins in the 29 attempts of the Bundesliga campaign, Monchengladbach are eleventh in the standings with 37 points. The club manager Adi Hutter will have to deal with four injury issues in the team.

The Billy Goats bounced back from a trail of 0-2 to get a win of 3-2 at the end of the last game against Mainz. The team lost only eight of the 29 games of the league so far and currently finds itself in the eighth position with 43 points. Benno Schmitz and Sebastian Andersson will miss out on this game after having fitness concerns.

Questions About Monchengladbach vs Cologne 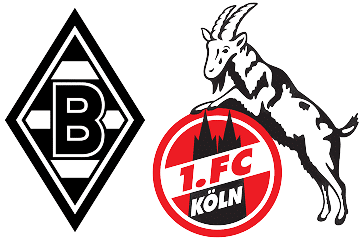 Where is the game being televised? beIN Sport Max (Fra) and Sky Sports Mix (UK/Irl).