Arminia Bielefeld is making the trip to Borussia Park on Sunday, 12 September. It will be an exciting fixture as both teams are still looking for their first win of the 2021/22 Bundesliga campaign.

With two defeats in their last two outings, Borussia Monchengladbach only has their home advantage to call upon in their favour. While the Colts have struggled, Frank Kramer will not be too pleased with Arminia Bielefeld's form. The Blues have drawn all three of their Bundesliga fixtures this season and will be looking to improve their result. However, we feel it will be too tall an order for them as they have lost four successive matches to their hosts since 2016.

Both teams have scored two goals apiece in their respective three matches this season. Monchengladbach has a goal ratio of one goal per game in the last five matches. Armenia has 9 in the same number of matches. Despite their struggles this season, we predict a high scoring as both sides look to break their shackles. History is on our side as four of their last five meetings gave us this result.

Gladbach scored five goals in their league doubleheader last season H2H match. In reply, Arminia Bielefeld could only manage a single goal in reply. In their last ten matches, the Blues have only scored on five occasions, never more than one goal. As they make the trip to Borussia Park, we believe they will add to their tally given their hosts' poor defensive record, consequently having both sides on the scoreboard in a 2-1 result.

Monchengladbach vs Arminia Bielefeld: Check out the best odds and the latest stats

With just a single win and that too in the DFB Pokal under Adi Hutter, Borussia Monchengladbach are struggling under the new leadership. The problems afflicting them last campaign under Marco Rose continue to plague them. This is especially evident in the back as they have conceded seven goals in their three Bundesliga outings.

Goalscoring is another challenge that the Colts need to address. But this problem is not limited to the hosts as Arminia Bielefeld are also struggling with this issue. They have only scored twice, both to earn draws in the league. They will have to ramp up their efforts in the opposition's third to ensure they have less to worry about.

Questions About the Monchengladbach vs Arminia Bielefeld 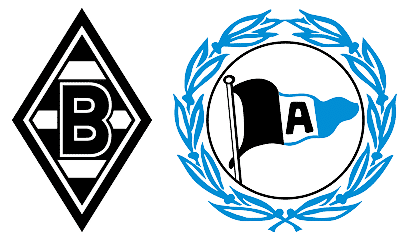 Where is the game being played? Borussia Park.

Which team is the favourite to win? Monchengladbach.