Monaco might hold a first leg lead but the tie is far from over. Can Sparta Prague turn it around? Find out with our Monaco vs Sparta Prague match preview with free tips, predictions and odds mentioned along the way.

Monaco vs Sparta Prague: Our tips

Monaco to sail through with another win

We kick off our predictions in a perhaps fairly predictable place, which is with backing Monaco to win. The hosts have only lost one of their last five games. That is also true of Sparta Prague but the important thing to note is that their loss came at the hands of Monaco. Monaco deserved to win that match too as they had much more about them in the final third; given they now have home advantage and the comfort of a lead it's hard to see them not finishing the tie off.

Both teams will score this time round

Okay, so we think Monaco will win the match to progress but that doesn't mean Sparta Prague won't contribute. We've touched on the fact the Czech side lacked a threat at the top end of the pitch in the first leg but they do know where the goal is. Hell, they've scored 12 goals in their past five and that's dragged down by the blank against Monaco. When you then consider they have to ‘have a go' otherwise they're out and you can see why we are tipping them to net. Of course, the fact they'll need to open up might play into Monaco's hands for adding to their lead as well though.

Right, a Monaco win and both teams to score would instantly win you this bet but our previous prediction is exactly that – a prediction, not a guarantee. Thankfully, there is enough supporting stats to further evidence why we should see at least three goals in this match. Five of Monaco's last 10 have seen over 2.5 goals but it's Sparta Prague's record that really sells the tip; not only have seven of their last 10 ‘hit the money' but those 10 games have served up 38 goals; that's 3.8 per match.

Here are the key stats for Monaco vs Sparta Prague

An entertaining match with Monaco likely to win

Monaco are well and truly in the driving seat of this tie having opened up a 2-0 lead in the first leg. They're also in decent enough for more generally with just two losses in 10. Sparta Prague aren't mugs though and four wins from five with 12 goals scored and just four conceded is evidence of a team that can hurt you if you're not on your game. The visitors will be looking to their wide men Jakub Pesek and David Moberg Karlsson to help win them the match. 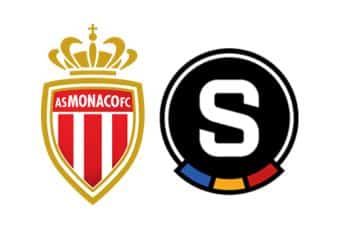