Monaco hosts Shakhtar Donetsk at the Stade Louis II for the first leg of UEFA Champions League group stage qualification play-offs. Both sides have face-off against each other twice and managed to claim bragging rights in their home fixtures.

The last time Shakhtar Donetsk visited Stade Louis II, the match finished in favour of the principality club. Despite the hosts being winless in their two domestic outings, we expect them to claim an advantage in the home leg of this doubleheader. They easily sliced past Sparta Prague in the previous round and will fancy themselves against the Ukrainian outfit.

Winning against Shakhtar Donetsk is easy said than done. The Miners have been resurgent under the tutelage of Roberto De Zerbi of Sassuolo fame and have won all of their away fixtures in league and on the continent. While Niko Kovac is not known for his defensive tactics, his hand is forced in this meeting. We expect Monaco to claim the victory in a low scoring affair.

In their respective league outings, both Monaco and Shakhtar Donetsk saw only one side get on the scoreboard. While Les Monegasques have been in impressive goalscoring form in UEFA Champions League qualifiers, they were held to a 1-0 defeat by Lorient. Meanwhile, De Zerbi's Shakhtar had no issues in keeping a clean sheet against Metalist. With goals being scarce in their outings, only one side will get on the scoreboard in this meeting.

Monaco vs Shakhtar Donetsk: Check out the best odds and the latest stats

Lorient highlighted AS Monaco's problems in their 1-0 win. The hosts managed to keep a clean sheet against Les Monegasques despite accruing 73% possession and 12 attempts on goal. Their scoring woes are nothing new and successive managers have failed to address this in their reign. Niko Kovac has addressed their slide but the club seems to be missing Aleksandr Golovin's creative touch.

An improved showing will be required against Shakhtar Donetsk who has been making little work of rivals in the Ukrainian Premier League and on the continent. The Miners has been a force to reckon with under the tutelage of Roberto De Zerbi and they will pose a problem for the principality club.

Questions About Monaco vs Shakhtar Donetsk 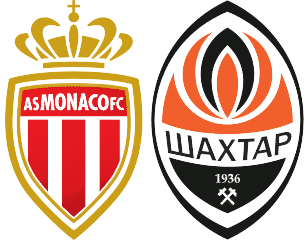 Where is the game being played? Stade Louis II.

Which team is the favourite to win? AS Monaco.