Monaco hasn’t started the season on a good note as many would have expected. The Monegasques are currently 10th on the Ligue 1 table, three places above their Sunday opponents, Montpellier. We preview this fixture in this post to provide our readers with the best match predictions.

Our Best Monaco vs Montpellier Predictions

Monaco is tenth with 14 points after ten games. They have a one-point advantage over Montpellier. Do the hosts have a chance to widen the gap? Our best three predictions for this match are as follows:

Monaco to edge out Montpellier

Previous stats between Monaco and Montpellier show that this has always been a hard-fought duel. However, we think Monaco has the edge in this game. Despite losing 2-0 to Lyon in the last Ligue 1 game, the hosts had gone unbeaten in six games before last weekend. They come to this game with a 2-1 victory over PSV in the Europa League. On the flipside, Montpellier recorded 1W, 3D and 1L in the last five games. While the visitors have scored more goals (17) than Monaco’s 14 in ten games, Monaco has 10W and 8D while Montpellier has 2W in H2H stats.

These teams have had a good scoring run this season. With nearly a quarter of the season gone, 14 and 17 goals respectively are reflective of the teams' quest for good results. However, poor defending has cost Monaco 13 goals and Montpellier 16, which is why we think there will be at least three goals in this game.

An early goal is important for a team that wants to win a match. With the host crowd and a slightly better record in ten games, the home side should find the net first against Montpellier. Montpellier may have done better than Monaco at home so far but the visitors have struggled to find their footing away from home. Montpellier is winless away from home after securing 2D and 2L.

Monaco bagged 3 points from Montpellier away from home. They drew 1-1 with the visitors in the first meeting. In the last five meetings, Monaco has 2W, 2D and 1L against Montpellier. The hosts come to this game with 3W, 1D and 1L while Montpellier bagged 1W, 3D and 1L in as many games. Monaco hasn’t performed well at home since the start of a new season. They have recorded 2W, 1D and 2D. On the flipside, Montpellier recorded 2D and 2L in four away matches so far. The visitors have had defensive problems away from home, conceding 8 and scoring 5 in four games. Monaco has scored 7 and leaked 6 goals at home. 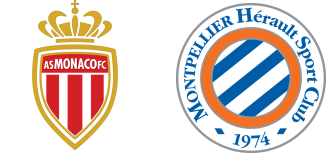 Who will be the referee in Monaco vs Montpellier fixture?

What time will this match kick off?