This is a preview of the Monaco vs Lens fixture to be played on Saturday 21st August 2021. Our match preview also features the best betting tips by Football Whispers and includes handpicked odds from leading UK bookmakers.

After losing their second match of the season, Monaco lost again in their quest for UCL places against Shakhtar Donetsk. Will Niko Kovac and his squad recover from back to back losses on Saturday when they host Lens? The following are our best three and bias-free predictions for this game:

Note: The odds for this game are correct at the time of writing this preview. Please visit the Netbet for updated prices on our Ligue 1 predictions.

After two consecutive defeats, Niko Kovac should come up with a winning strategy against Lens. The visitors have failed to keep a clean sheet after back to back draws in the first two games this season. Lens has scored thrice and leaked as many goals in the first two matches. Home advantage for Monaco is why we are backing the hosts to get all points in this game.

Monaco has been unable to keep a clean sheet since the start of the new season. They have played four matches, which includes two Ligue 1 fixtures and two UCL qualifiers, conceding at least a goal in all the games. And while Lens has a better run of form, going unbeaten in the last six games, the visitors failed to keep a clean sheet in their last eight fixtures.

Monaco to open the scoring

We are also backing Monaco to open the scoring in this fixture. To get back to winning ways after back to back losses, the hosts have only one option. They must find the net first or risk losing to defensive Lens. It is something Niko Kovac’s men will have at the back of their minds when they host Lens on Saturday.

Match Preview: Will Monaco get back to Winning Ways?

1D and 1L have condemned Monaco to a poor start in Ligue 1 this season. The hosts currently site 14th and have only scored one goal in two games. Monaco has leaked two goals and currently has one point in two Ligue 1 fixtures. While the hosting coach, Niko Kovac, will look to turn things around and get back to winning ways, it will come with a spirited fight against Lens. The visitors have 2D in the first two games of the new season. However, a poor defence has seen Lens leak three goals and score as many goals so far. Moreover, Niko Kovac is wary of the fact that he has once lost to his Saturday counterpart, Franck Haise. They have been two encounters between the two managers, of 1W in favour of Haise and a draw. These teams have met 18 times whereby Monaco has 8W and 8D while Lens has defeated Monaco only twice. 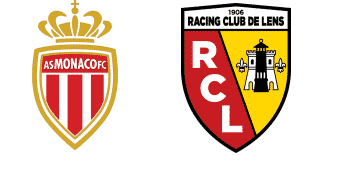 Where is the venue for Monaco vs Lens?

The midfielder, Gelson Martins was on target in the first game this season.