Monaco goes head to head with Amiens in Coupe de France quarterfinals. It is a fixture you don’t want to miss, especially if you have been following the progression of both teams in the competition. Apart from that, we have the best betting tips and free predictions for this match in this post.

Monaco and Amiens have met eight times previously. The two teams will now face each other in Coupe de France for the first time, a match that Monaco is touted to win. Our best predictions and analysis for this important fixture are as follows:

We are tipping Monaco to win the first half of this match. Despite a disappointing ball possession, the hosts still managed to win the game. This fixture on home soil should inspire Monaco in their quest for silverware and getting an early goal is vital. Ben Yedder scored a brace in the knockout match, taking his goal tally in the competition to five. He should start in this game hence a high scoring prospect. Moreover, Monaco never lots to Amines previously having bagged 5W and 3D.

Amiens will fight for a good result in this game. The visitors were dominant in the round 8 and should aim to keep that strong performance going. We don’t expect an easy fixture for Monaco, especially after their less impressive performance in the knockout match against Lens. Under 2.5 goals should be a plausible outcome in this game.

For the best Monaco vs Amiens France Cup semifinals, check out the tables below and place a bet with your favourite bookie. We have also put together the latest stats and H2H details for this match.

Monaco played Ligue 1 side, Lens, in the France Cup round 8 and won 4-2 away from home. Monaco dominated that game with an average of 34% ball possession. They had a total of 13 shots, 5 of which were on target. Moreover, Monaco created four big chances in that fixture, out of which two went into the net.

One of Monaco’s goals in the knockout match was from a breakout and had 10 shots in the opposition’s box. However, Monaco’s goalkeeper had to make 10 saves to keep his team in the game. A much improved performance in the second half helped them deny Lens more scoring chances.

Unless Monaco changes how they played in that game by being more offensive, they risk losing to the Ligue 2 side, Amiens, in this quarterfinals.  On the flipside, Amines defeated Ligue 2 side, Nancy, 2-nil to reach the quarterfinals. The visitors had 8 shots out of which six were on target.

Moreover, Amiens had more ball passion of 51% in the knockout game and was defensively better that Nancy. For the visitors, this fixture will be more of improving in their performance to either win in regular time of force Monaco into extra time or penalties.

Here is how the two teams are likely to lineup against each other in this France Cup quarterfinal: 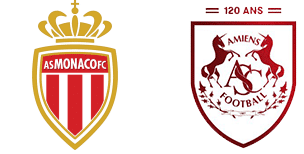 Where is the venue for the France Cup quarterfinal fixture between Monaco and Amiens?

The game will take place at Stade Louis II in Fontvieille in Monaco.

When is the match taking place?

The game is will take place on Tuesday 8th February 2022.

What is the kick off time?