After four years of domestic dominance, Paris Saint Germain’s status as Ligue 1 champions could be under serious threat this term.

The Parisians, who are adjusting to life without Zlatan Ibrahimovic, have experienced a difficult start to the 2016-17 campaign. Unai Emery’s men have already been beaten twice in their opening eight games – the same amount of defeats they suffered in the entirety of last season — and sit third in the table.

One of those defeats was at the hands of a resurgent Monaco, who are currently second in Ligue 1, just one point behind leaders Nice.

The Principality club have been impressive so far this season, following on from their third place finish in the last campaign, and look like genuine title contenders.

Manager Leonardo Jardim has added a level of attacking potency to the defensive solidity that his sides are renowned for. The job Jardim is doing appears all the more remarkable when considering how Monaco often tend to sell their brightest stars during the summer transfer window.

But this summer there were no major outgoings. Instead, Monaco focussed on strengthening their squad with the additions of Kamil Glik, Djibril Sidibe and Benjamin Mendy.

Polish centre-back Glik was signed from Torino for £9.35 million and the 27-year-old is already looking like one of the signings of the season across the whole of Europe. 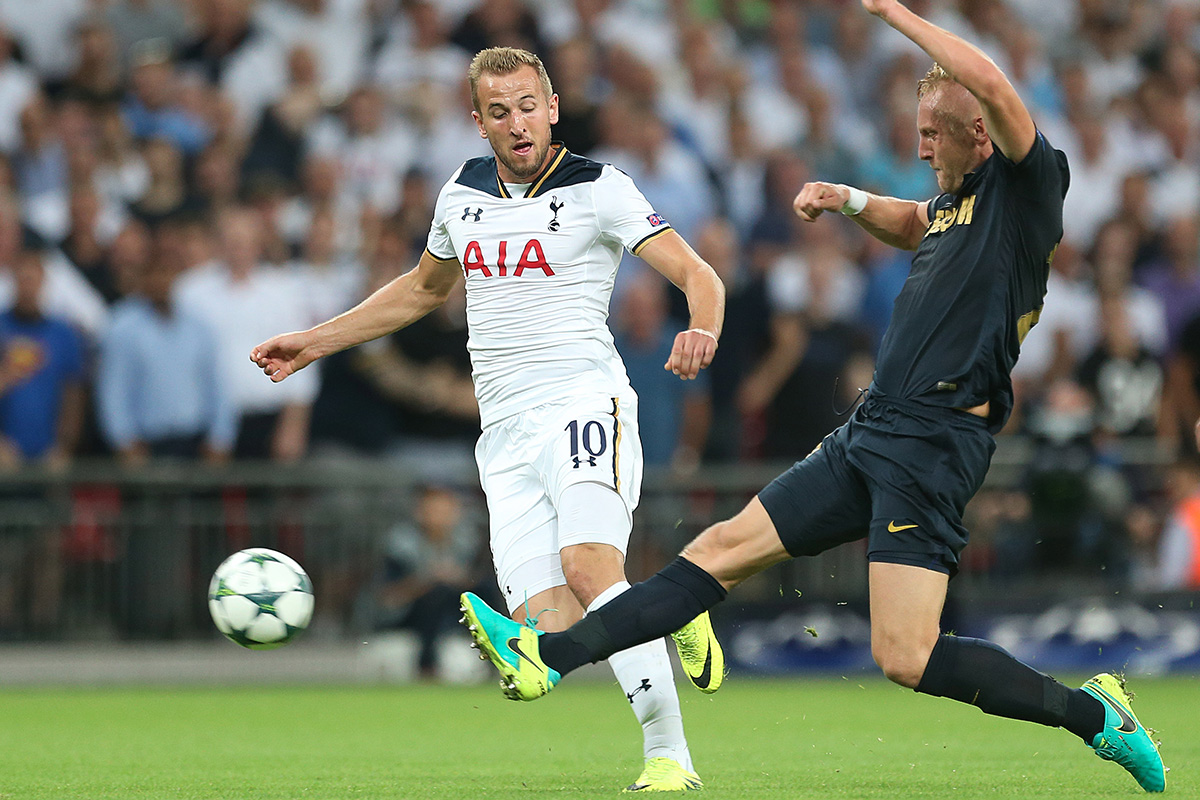 The former Palermo defender, who spent a short stint on Real Madrid’s books as a teenager, has averaged 7.3 clearances per game so far this season, as well as 0.8 blocks, 2.2 interceptions and 2.3 successful aerial duels. He has also shown himself to be responsible in possession, with a pass completion rate of 82.6 percent.

And, standing comfortably over 6ft tall, Glik has proven to be a dominant force from set pieces at both ends of the pitch, contributing three goals from his 10 appearances for his new club.

Sidibe was signed from Lille for £12.75 million. His impact for Monaco has been twofold in that, not only have his performances at right-back caught the eye of national team boss Didier Deschamps, earning the 23-year-old a Les Bleus call up, but his addition to the back line has meant that Fabinho has been able to push up into midfield.

Fabinho was outstanding at right-back last season and was strongly linked to with a summer move to Manchester United.

But the 22-year-old Brazilian stayed with the Ligue 1 club and has recently signed a contract extension. This season, Jardim has utilised Fabinho in the centre of midfield, where his athleticism and physicality have become an asset.

The former Rio Ave player has an impressive scoring record – six goals last season – thanks to his supreme penalty taking ability. But since moving into midfield, Fabinho has been able to get himself in positions to score from open play too, and has already netted six goals in 13 games this season, while maintaining a pass completion rate of 85 percent.

Alongside Fabinho in the deep midfield area sits Tiemoue Bakayoko. The 22-year-old Frenchman has established himself as a key player for Monaco as their midfield spoiler, breaking up opposition attacks and circulating possession. He averages three interceptions and 3.3 tackles per match and has a 90 percent pass accuracy in Ligue 1 this season. This level of performance has led to rumours of Manchester United lining up a £25 million January bid for the France under-21 international.

Portuguese midfielder Joao Moutinho has been at the club since a €25 million move from Porto three years ago and, now 30, is somewhat of a veteran in this young side. The 94-cap Portugal international acts as the metronome in Monaco’s midfield, dictating tempo and manoeuvring team-mates into advanced positions. 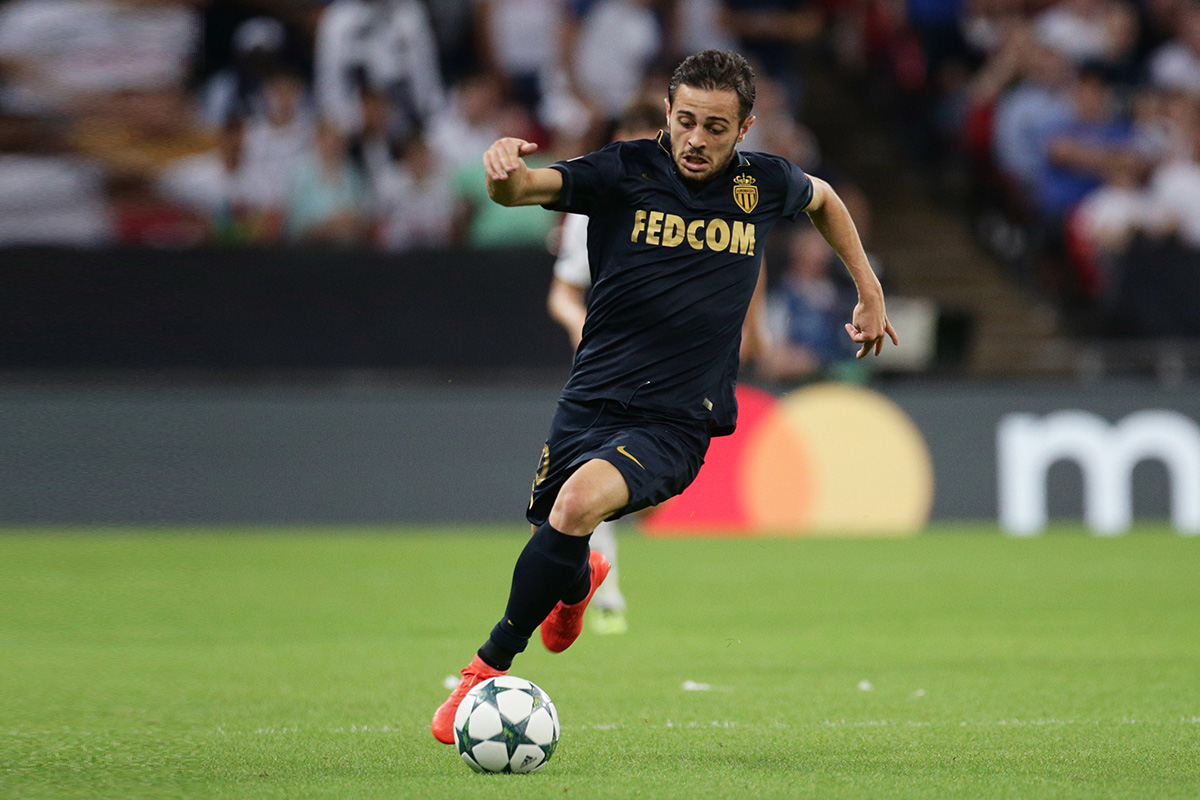 Another Portuguese star, Bernardo Silva, is arguably Monaco’s most important creative influence. The diminutive attacking midfielder, who is capable of playing on either wing or centrally as a number 10, has already scored three goals this season – including a stunning strike in a 2-1 Champions League win over Tottenham Hotspur at Wembley last month – and registered one assist.

With his low centre of gravity, mesmerising dribbling skills and eye for a killer pass, Silva is a difficult proposition for any defender to deal with. His ability to drift around the attacking zones and dribble confidently in any direction makes him doubly hard to plan for.

On the left of midfield, 20-year-old Frenchman Thomas Lemar is developing into one of the hottest properties in France. The under-21 international was signed from Caen last season and caught the eye with some spectacular goals from distance for Monaco.

This season, he has further rounded out his game, adding a degree of finesse and deftness to his rocket launcher of a left foot. He too scored a superb goal against Spurs at Wembley, and will soon be challenging for a place in the senior France squad if he continues to progress at this rate.

Up front, Monaco are benefitting from Radamel Falcao’s career resurgence. The 30-year-old Colombian has returned to the Stade Louis II after two disastrous seasons in the Premier League, first with Manchester United and then with Chelsea.

Falcao may never reach the level he was operating at before his devastating ACL injury in 2014, but calls to write him off completely after his time in England may have been premature. He has only made six appearances in all competitions so far this season, but he has already found the net three times and some of the sharpness that was once his trademark appears to have returned.

Valere Germain has returned from spending last season on loan with Nice to add to Monaco’s striking options, and has scored three times so far this campaign.

And if Jardim wants a wildcard option, he can call upon the prodigiously gifted 17-year-old attacker Kylian Mbappe. It may be a couple more years before Mbappe becomes a regular first-teamer, but the teenager, who starred in the France’s under-19 European championship success this summer, is tipped for great things.

So with PSG yet to find their feet under Emery, this might be the season that Monaco mount a serious challenge to claim their first Ligue 1 title since 2000.