The international break is over, the transfer window is closed and for a few short months we can get back to matters on the pitch. In Ligue 1 things get off with a bang as Monaco travel to Nice for the Cote d’Azur derby.

Just 30 kilometres of beautiful coastline separates the two clubs, but right now, despite Les Aiglons finishing third last season, there are nine points and 15 places between the neighbours.

Leonardo Jardim will take his side to the Allianz Riviera in hope of piling on the pressure, plus it’s a chance for the Monegasque club to put the last few months behind them and keep the pressure on Paris Saint-Germain at the top of Ligue 1.

It was always going to be a difficult summer, with at least eight of their regular starters heavily linked with moves away. It's a strange position for the French champions to be in, but not a situation Monaco weren’t prepared to meet head on.

In the end only four – Bernardo Silva, Tiemoué Bakayoko, Benjamin Mendy and Kylian Mbappé – left in the end, with the teenage striker the biggest blow.

A product of the academy, he was Monaco’s crown jewel, not someone they had bought to develop and sell on.

However, for £166million, it’s hard to deny a young player, with a contract set to expire in 2019, from returning home to the city where he was born.

As Matt Spiro from Ligue1.com wrote in his colum; “Monaco have not just sold indiscriminately. They have accepted deals that were effectively impossible to refuse. Any accusation that money is all that interests the French champions would be unfair and wide of the mark.”

It's no wonder Liverpool are considering a £55m deal for Thomas Lemar… 🔥 pic.twitter.com/tZUD8d7i5t

There is always a plan, and usually a replacement has been signed weeks before a player is allowed to leave.

It is a feature of their business model and one that has worked seamlessly since the new project, backed by Russian billionaire Dimitri Rybolovlev, began to motor into action back in 2011.

Adama Diakhaby had already signed up to the cause, joining from Rennes for €10million. Able to play out wide, but primarily as a centre-forward, he was deemed as Mbappé replacement, but would also have been an excellent partner had the Frenchman stayed.

Still only 21 years old, it will only be a matter of time until Premier League clubs come calling for the forward who once had a trial at Tottenham Hotspur.

During the last week of the window, Monaco put their foot on the accelerator, snapping up Stevan Jovetic from Inter Milan and then they stole in to complete a €20million deal for Lazio’s Keita Balde. 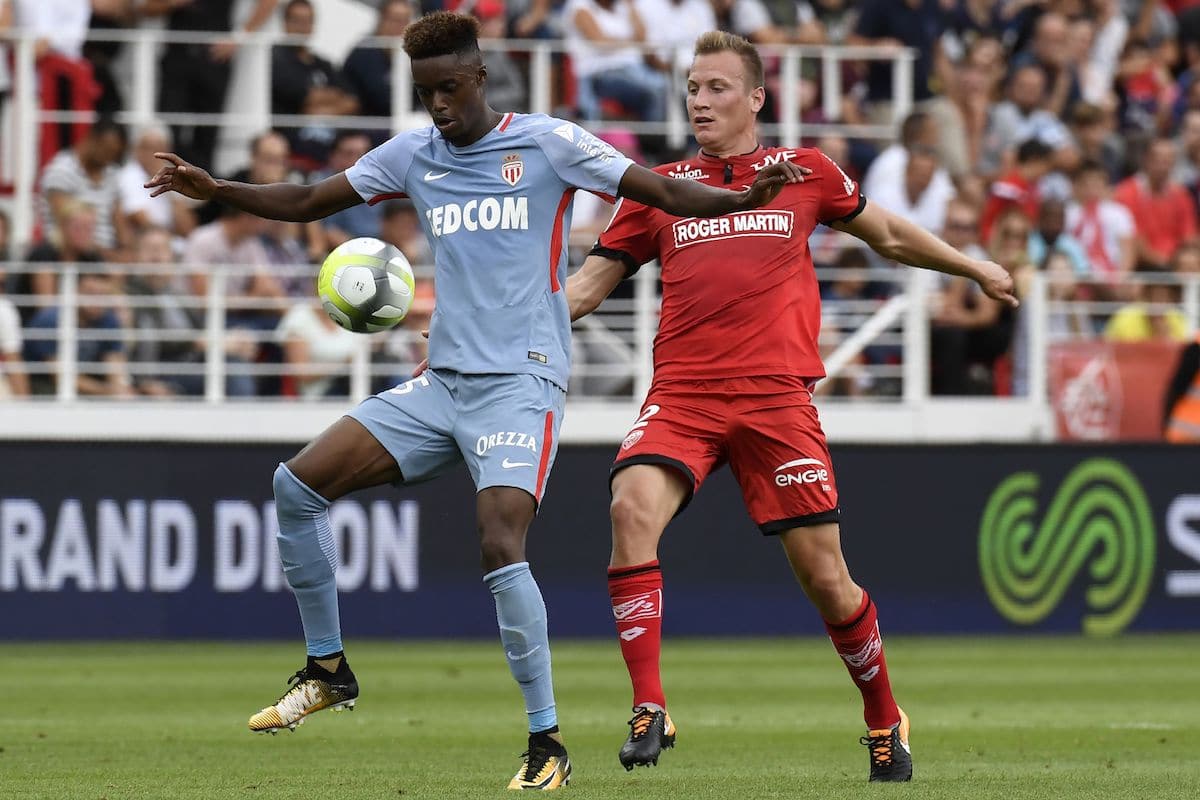 “We are delighted to welcome Keita Baldé to AS Monaco,” beamed vice-president and sporting director Vadim Vasilyev. “He is a young forward who already has over 100 appearances in Serie A and also has experience of European competition.

“He's a player we've been monitoring for some time, who has already shown a lot of quality and in whom we have a lot of faith to continue building a strong side this season.”

He featured both on the wing and through the middle for the Biancocelesti. If Diakhaby was planned to be the long-term option to replace Mbappé, Monaco upped their game and landed someone who can play at a high level from day one.

“I'm very happy to be signing for AS Monaco, a club with a great history,” the Senegalese forward told their official website. “I’m very pleased to be here and can't wait to start playing. A lot of players and friends have said good things to me about the club, the spirit in the squad and the team.”

Jovetic replaces the all-round front-man play which they lost when Valère Germain left for Marseille at the start of the window. With the Montenegrin, Keita, Diakhaby and Radamel Falcao leading the attack, even without their £166million teenager the principality side look stronger than ever.

“That players have said no to proposals from some clubs proves that Monaco has grown,” Jardim told a media conference.

“I am glad to have my final group. I don't want to talk about the players who have left.”

The Portuguese boss will be happy to return to on the field matters, as this is where Monaco have been at their best already.

Marseille were easily brushed aside in a sensational 6-1 win for ASM. Jardim will be hoping to get straight back into that stride against Nice.

Playing in their last game before the break, OM didn’t have a chance to breathe with Kamil Glik volleying home Lemar’s curling free-kick with just one minute on the clock.

Last season it was Monaco’s free-flowing counter-attacking football which received all the praise. It was almost unstoppable. Ligue 1 clubs struggled to keep up and it wasn’t until Juventus rolled into town that they finally met their match.

With the speed in which they attack, Monaco constantly win corners and free-kicks; it’s impossible to avoid.

In those situations, with pin-point deliveries from Lemar and Portuguese playmaker Joao Moutinho, the power and aerial strength of Glik and Jemerson, plus Falcao, one of the deadliest penalty box strikers in the world. You can’t afford to switch off.

Marseille did, as did Dijon in week two, conceding three of the four goals in the 4-0 win from dead ball situations, including the Brazilian defender's superb overhead kick, adding to his opening day header against Toulouse.

Monaco have notched up 14 league goals in just four games, from eight of their goals have come from set-pieces. Lyon are the next on the table with just three.

You can study how to stop them on the break, limit the space in behind, try and defend against their pace, but if you don’t do the basics, this team will punish you.

Last season they scored 23 times from set-pieces, averaging at 0.6 times per game. Right now that is up at twice a match. Defences are so keen to stop them from open play, it’s almost inviting more trouble into their penalty area.

Monaco know everyone is watching them and how they cope, but it seems Jardim and his players are almost thriving on the attention.

“All eyes are on us. Some great players have left, indeed, however also new ones have joined in,” winger Rony Lopes told Omnisport after the transfer window closed. “Besides, the most important is still here: the structure, the staff, the culture is the same as last season.

“Everyone who loves football must enjoy watching Monaco play. Our culture is very attacking, but if you watch carefully we also know how to defend. Working as a block has been one of our biggest strengths and our coach has been decisive on the way we play.

“To those who doubt we can repeat or overcome last year's results, we have only one thing to do: shut them up with victories.”