Arsenal have been worried about midfielder Lucas Torreira’s lack of action at Atletico Madrid, where he is spending the season on loan. After starting only two matches for the league leaders, Torreira appears to be set for a recall. Arsenal are ready to send him out on loan to a club where he might actually play and improve as a player. According to Sky Sports, Monaco are interested in taking the midfielder on loan until the end of the season if he becomes available.

The 24-year-old is also on the radar of clubs like Cagliari and Fiorentina. It is unlikely that Arsenal will have any trouble in cutting the loan deal shorter than expected. Diego Simeone has not favoured Torreira at all. Apart from Arsenal’s sporting director commenting about Torreira’s lack of action, manager Mikel Arteta also said that he was not sure about the midfielder spending the next six months at the Wanda Metropolitano. 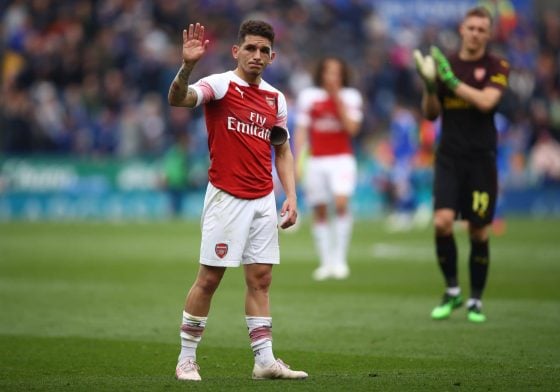 Torreira is a £26 million signing for Arsenal after he made the switch from Sampdoria in 2018. So far, he has featured in 89 appearances for the club in all competitions. Thomas Partey made a £45 million switch from Atletico in the summer and Torreira was loaned out to the Spanish club as part of the deal.

It is unlikely that Torreira will be recalled for spending the rest of the season with Arsenal. The gunners recently completed the signing of Martin Odegaard from Real Madrid on a loan deal. The Norwegian midfielder has plenty of talent but he is clearly an unpolished diamond. Arteta will be hoping that Odegaard provides the element of surprise, but Torreira’s future still remains in the doubt.

There is still plenty of time for a potential move to happen, as the transfer window does not close until February 1 at 11 PM.