Scotland occupy 2nd place in Group F heading into the 9th round of fixtures with a 4pts lead over Israel in 3rd. Moldova have been the group's whipping boys and are expected to suffer their eighth defeat of the qualifiers on Friday night.

Here are our predictions for Moldova vs Scotland.

Scotland have won two of their three previous encounters with Moldova and on each of those occasions, they have kept a clean sheet. Scotland beat Moldova 1-0 back in September when the pair met for their reverse qualifying fixture and have secured four wins from their last four matches, keeping three clean sheets in their last four games, while Moldova have lost each of their last five fixtures.

We're backing under 2.5 goals to be scored on Friday as that has been the case in each of the three previous meetings between these two countries. Fewer than three goals have also been witnessed in three of Moldova's and four of Scotland's last six outings in all competitions, so you can see why we're not expecting many goals in this game.

We believe the most likely final scoreline on Friday is a 1-0 or 2-0 victory to Scotland but NetBet are offering very good odds on a multi bet that we can't refuse,  so even though we are predicting under 2.5 goals to be scored, if the visitors do claim an unlikely 3-0 win this third tip would still payout. Three of Scotland's last four victories have ended in scorelines of 1-0 but we could see the visitors pinching another goal against a weaker side like Moldova.

Everything you need to know ahead of Moldova vs Scotland

Moldova made the trip to Israel last month and although they lost the game, they did come away with a respectable scoreline. Israel went 2-0 in front and had the points locked down heading into stoppage-time but Nicolaescu was able to score a rare away goal for Moldova to make the final scoreline 2-1. Moldova were always set to struggle in a group containing side slike Denmark, Scotland and Austria and it looks like they will finish bottom of the pile once again.

Scotland are becoming masters of the 1-0 win during the World Cup qualifiers and that was the case once more when they took on the Faroe Islands in Torshavn. The game appeared to be heading for a goalless draw until Scotland striker Dykes popped up with an 86th-minute winner. That result kept Scotland 4pts clear of Israel in the group table heading into the final couple of fixtures this week.

Moldova vs Scotland – Your Questions 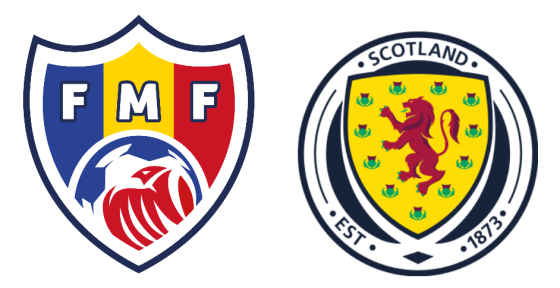