Denmark are dominating Group F and will be expected to put another 3pts on the board this weekend. Moldova might have the home advantage on Saturday but it is unlikely to do them much good considering they have lost five of their opening six qualifiers and suffered an 8-0 defeat against Denmark back in March.

Here are our predictions for Moldova vs Denmark

Goals in Both Halves

Denmark scored 5-goals in the first half and 3-goals during the second forty-five as they thrashed Moldova 8-0 in March, and we're predicting that there will be goals in both halves this weekend as well. Denmark have scored 22-goals and conceded none in their opening six qualifiers and have a 100% record in Group F, while Moldova have conceded 18-goals and have only managed to score three times so far.

Considering that 8-goals were scored when these two sides met earlier in the year, a bet of over 3.5 goals to be scored on Saturday surely carries a lot of weight. At least four goals have been scored in two of Denmark's last six matches, a 5-0 win over Israel and a 4-0 win over Wales, while Moldova lost 4-1 in their own backyard against Israel in March.

Olsen top scores in qualifying for Denmark as things stand with 3-goals to his name. The young Bologna forward scored against Israel last month and twice during Denmark's 4-0 win over Austria, so there is a great chance he will find the back of the net against the group's weakest defence this weekend.

Moldova were beaten 2-1 by the Faroe Islands last time out with Milinceanu scoring the visitor's consolation goal late on. The Moldovans have found Group F really difficult as expected and the proposition of facing Denmark this weekend will only fill their players with dread following the 8-0 hammering they took from the Danes in March. In terms of a goal threat, young Sion striker Nicky Cleșcenco looks like he might just have the ability to forge a decent career for himself, having already netted one goal in his first 3-caps, while from midfield Radu Gînsari can be dangerous.

Denmark will be without Nicolai Boilesen, Mathias Jørgensen, Henrik Dalsgaard, Christian Eriksen, Lasse Schöne, Martin Braithwaite and Pione Sisto for the upcoming World Cup qualifiers against Moldova and Austria but still have more than enough within their squad to field two completely different starting elevens this week and still secure maximum points. The Danes ran out 5-0 winners in their last game at home to Israel and have conceded a goal in any of their last three fixtures. 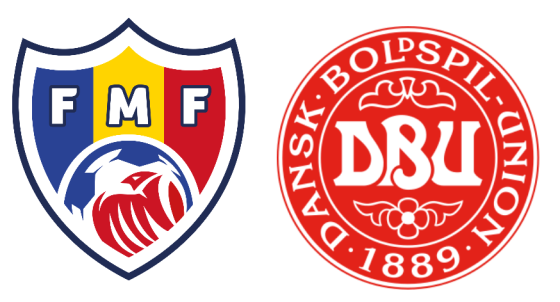